'Our state is brimming with promise' | Gov. Greg Abbott gives State of the State address

NewsWest 9 will live stream the event starting at 7 p.m. 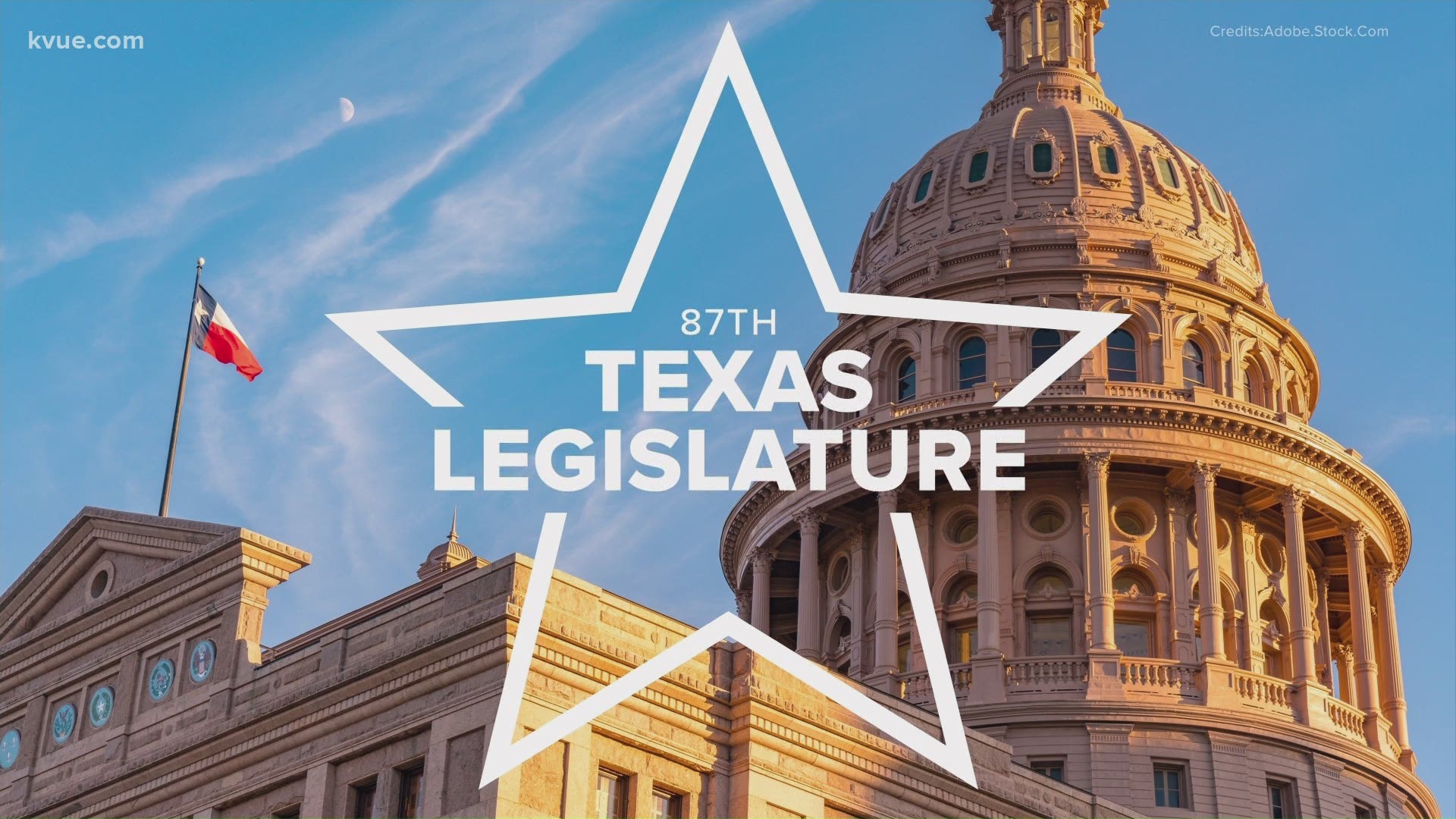 AUSTIN, Texas — Texas Gov. Greg Abbott gave updates on COVID-19 and other issues facing the Lone Star State during his State of the State address on Monday, Feb. 1.

Abbott gave the address at 7 p.m. Monday. KVUE live-streamed his address, followed by a response from the Texas Democratic Party, on KVUE's YouTube channel.

"To say the pandemic is a challenge is an understatement but to say it has been a reversal of who we are as Texans is a misstatement," Abbott said. "Texas remains the economic engine of America, the land of unmatched opportunity, and our comeback is already materializing."

Abbott touched on job growth in Texas and the major companies – including Hewlett Packard Enterprise, Oracle, Charles Schwab and Tesla – who have moved operations to Texas. He also called small businesses the "cornerstone of our economic success," saying the Texas Legislature has fostered success for that sector.

Abbott also noted other areas he believes should be priorities this legislative session, including continued investment in education and mental health support.

“We must bolster civics education in our classrooms and ensure that every child learns the values of freedom, good governance, and patriotism.” #SOTS2021 pic.twitter.com/2t7qNep4Uw

He also said he believes telemedicine should be permanently expanded during this session.

"The most pressing health priority is to help Texans heal from the pandemic. As we continue to combat the pandemic, we do so with better tools, more knowledge and medical advancements that are helping us move beyond this challenge," Abbott said.

Additionally in his address, the governor touched on hot-button issues such as border security, gun rights and abortion. He also stated that he wants a law this session that prevents any government entity from shutting down religious activities in Texas.

Finally, Abbott asked that the Legislature review and make permanent some of the regulatory relief he has authorized during the pandemic to "cut red tape and unleash the full might of the Texas economy."

“There's no brand more powerful than 'Made in Texas.' I want the hard-working Texans who built that brand to know that you have a Governor who has your back.” #SOTS2021

Austin Mayor Steve Adler responded to Abbott's address. Hear what he had to say here.

Members of the Texas House Democratic Caucus also reacted to Abbott's address. Rep. Chris Turner (D-Grand Prairie) told KVUE in an interview following the address that while he thought it was good the governor praised those on the front lines, he felt there should have been emergency items that specifically would help Texas recover from the pandemic.

"I think the governor swung and missed. I think he's remarkably out of touch with what's really happening in the state of Texas and what the people of Texas are concerned about. In his emergency items, [they] don't address people's concerns of the emergency in the state of Texas right now is COVID-19," Turner said. "And the governor has struggled for nearly a year now trying to manage the pandemic. He's done poorly at that. And so, now he's trying to change the subject. But the reality is that Texas is struggling with COVID-19."

Turner added that he believes there should have been a part of the governor's speech where he addressed how the State would expand health care access, among other things.

"And he had every opportunity. I think he could have had bipartisan support if he had talked about things like that. But instead, he engaged in really partisan politics and unserious issues in a very serious time," he said.

Abbott's address comes days after Austin businesses were allowed to return to 75% occupancy following a steady improvement in the area's hospitalization rate. However, should Austin-area COVID-19 hospitalizations again rise above 15% of capacity for seven consecutive days, businesses will have to operate at 50% capacity, and elective surgeries would again be put on hold.

Last week, Abbott held a roundtable discussion on the state's economy in Odessa. The governor heard from oil and gas workers, energy leaders and advocates about ways the state can support the industry and workers amid COVID-19.

Abbott said in order to remain a prosperous state with a good economy, Texas must protect its resources, including the oil and gas industry and its workers. During the press conference, Abbott signed an executive order directing State agencies to challenge any federal action that "threatens the continued strength, vitality, and independence of the energy industry."