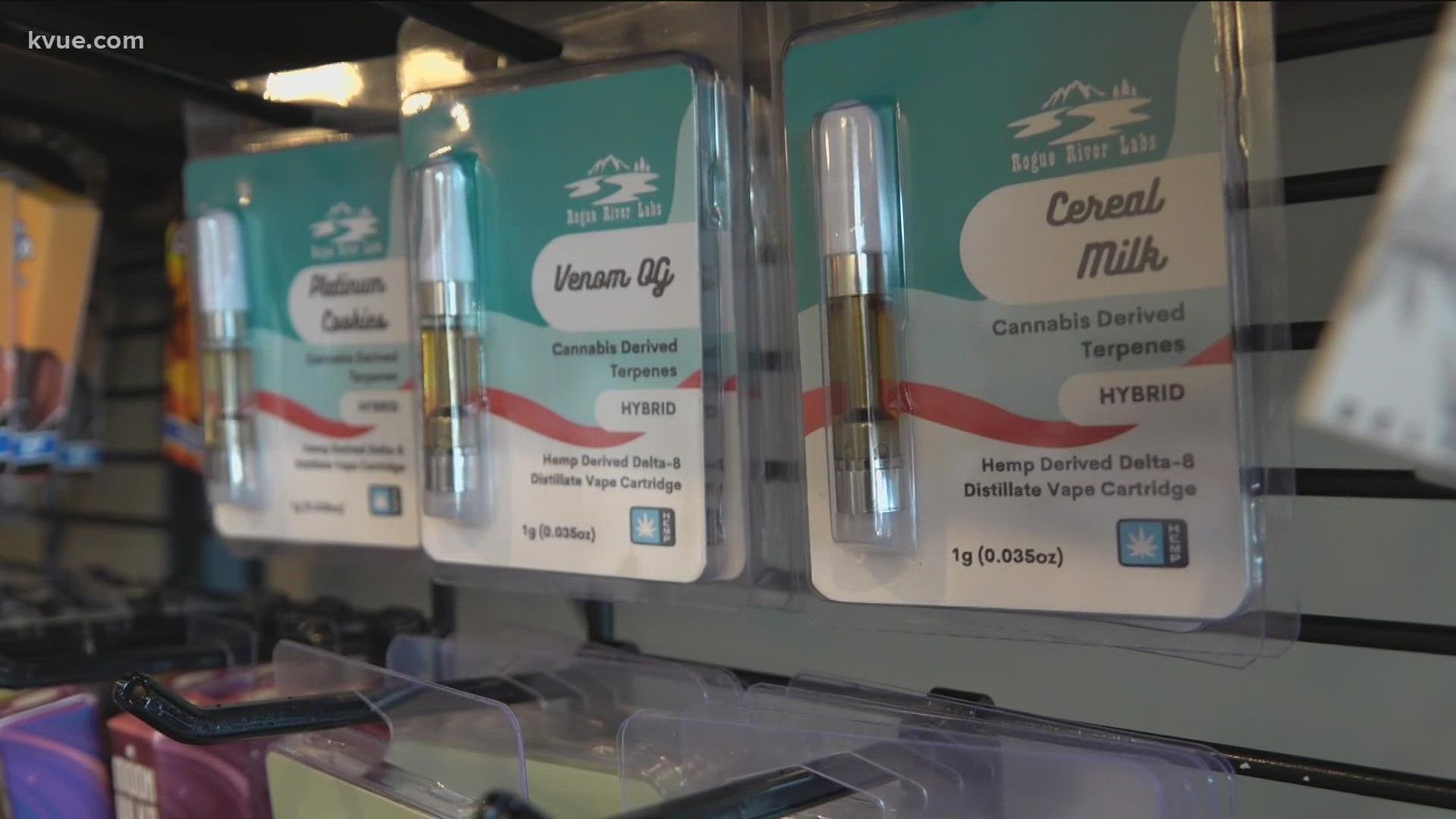 AUSTIN, Texas — An Austin CBD shop has a filed lawsuit against the Texas Department of State Health Services (DSHS) and its commissioner in response to a recent update stating delta-8 tetrahydrocannabinol (THC) products are still considered an illegal substance in Texas.

Sky Marketing Corp., doing business as Hometown Hero, is seeking a temporary restraining order and temporary and permanent injunction. Its goal is to stop DSHS and other state and local agencies from taking “enforcement action” against businesses or individuals in possession of certain hemp products.

The lawsuit was filed in the 126th District Court in Travis County on Wednesday, Oct. 20. KVUE confirmed on Oct. 25, however, that that temporary restraining order was denied.

DSHS updated its website on Friday, Oct. 15. According to the webpage, delta-8 THC products are still considered an illegal Schedule 1 controlled substance.

However, the lawsuit says hemp products, including those that include THC, are no longer controlled substances because of an action by the Texas Legislature in 2019.

Under House Bill 1325, which passed in 2019, any consumable hemp products that have a concentration of less than 0.3% delta-9 THC are considered legal in Texas. According to DSHS’s Consumable Hemp Program guidance page, delta-8 in any concentration, in addition to delta-9 exceeding 0.3%, is illegal.

RELATED: Delta-8 THC is considered an illegal substance in Texas

Hometown Hero was suing both DSHS and the Texas DSHS Commissioner John Hellerstedt. The business was operating under the assumption that delta-8 was legal since it was a not a concentration of delta-9 THC with an excess of 0.3%.

The lawsuit states the plaintiff wishes to “be free from prosecution for what was formerly considered an entirely legal business venture.”

“After operating legally and consistent with Texas law for several years, Plaintiff and other similarly situated businesses and individuals now find themselves in potentially legal jeopardy, and their businesses and livelihood with an uncertain future,” the lawsuit says.

Vape City, another local Austin smoke shop, also filed a temporary restraining order against DSHS and Hellerstedt in response to delta-8 THC's legal status. It too was denied.

The business told KVUE in an email that its request was "due to a lack of proper and required notice" by DSHS.

The complaint lists multiple plaintiffs: Sheikhani Group Inc., S&A Vaping Inc. doing business as Smoke City Austin, and S&S Wireless Zone Inc. They claim in the complaint that "they have a protected property interest, which was recently taken through governmental action without due process, based on their business ventures as legal hemp suppliers."