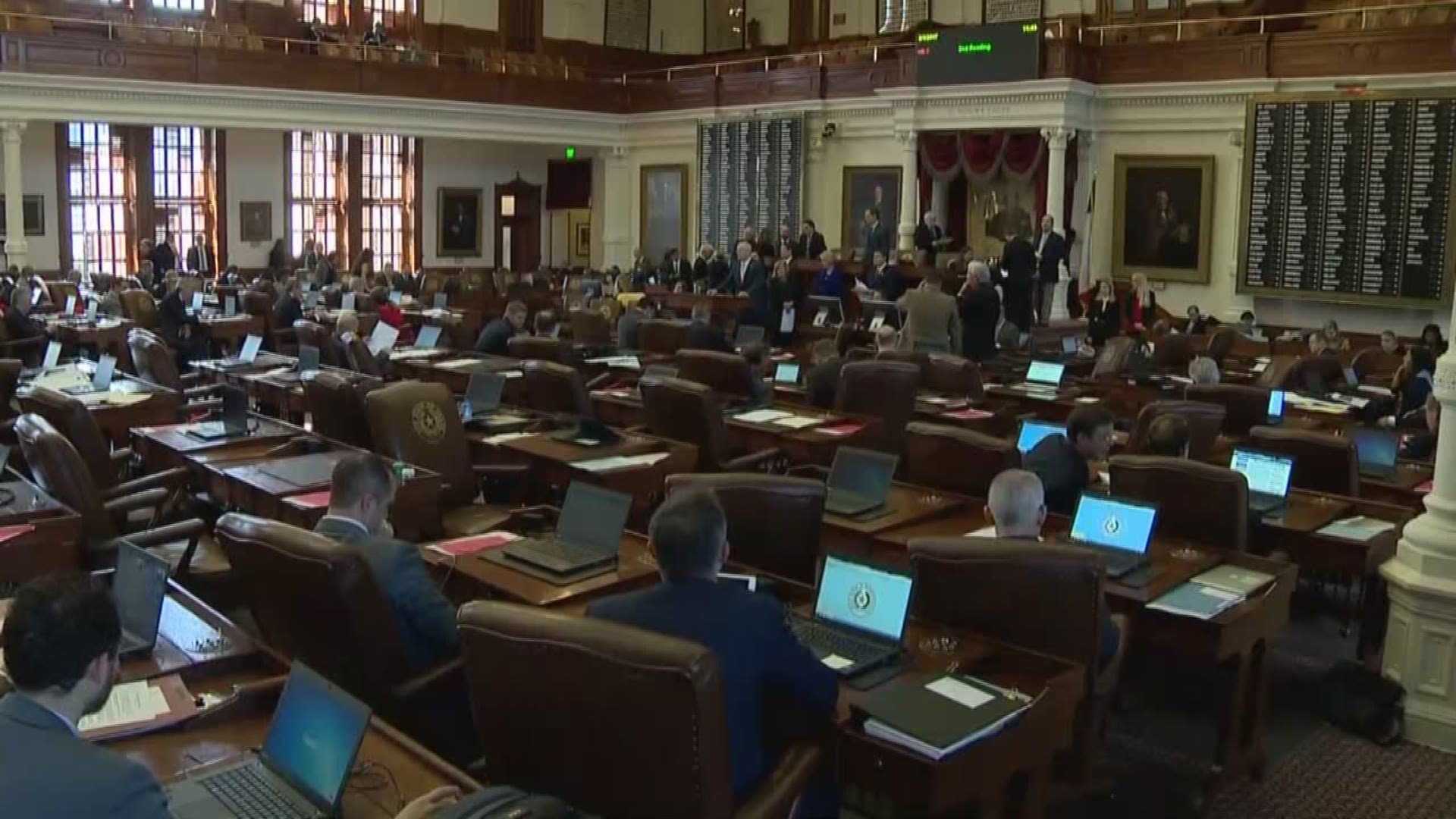 Reforming Child Protective Services (CPS) took center stage at the Texas Capitol Wednesday with the House and Senate both voting on bills aimed at overhauling the embattled agency.

While both sides passed bills, the simultaneous debates that preceded the votes were very different.

While there was some debate, the senators praised Schwertner for his leadership on the bill and passed it unanimously. The even patted themselves on the back for working together so peacefully on the issue.

"We need to take the way we've dealt with this issue and send it to Washington and hopefully they'll deal with some of those issues up there," said Senator Royce West (D-Dallas).

It was set to be a big day on the other side of the Capitol in the House with the chamber taking it's first bill votes of the session.

The House first heard House Bill 5, which makes the Department of Family Protective Services (DFPS) its own agency, reporting directly to the Governor instead of to the Health and Human Services Commission as it does currently.

While there was some debate and several amendments, the bill passed unanimously with a vote of 144-0.

Next, the House discussed House Bill 4 which changes kinship care payments from a one-time lump sum to monthly payments based on the family's income. Kinship care happens when someone takes in a child that they are related to or have a close relationship with.

The debate on HB4 got heated when Representative Mark Keough (R-The Woodlands) proposed an amendment that would only give payments to families who are "lawfully present in the United States".

The bill's author, Representative Cindy Burkett (R-Garland), was willing to accept the amendment, but members of the House objected, forcing a vote.

Before the vote, both Democrats and Republicans spoke against the amendment.

Representative Rafael Anchia (D-Dallas) was one of the most vocal.

"That little bit of money that we want to give them and their caregivers so these kids are not in these dire and these desperate circumstances, we want to turn into an immigration debate," Anchia said.

"This feels really racist. And I am using that member's words," he added.

"We're at a point on the first important legislative day where DFPS has to be an immigration cop. And if we're starting like this, what the hell is the rest of the session going to be like," Anchia said.

"These vulnerable kids, these immigrant kids, you're using them as a prop so you can go home and beat your chest about how tough you are on immigration issues. That's wrong."

"Kinship care is the most meaningful, the greatest opportunity for these kids to maybe have a normal life and now we're saying, 'that's right, but King's X, we're not going to let these people do that.' I'm disturbed about that. I'm broken hearted about that. I feel like a 62-year old man; I feel like crying today," Cook said.

He closed by saying he hopes his colleagues will do better as members of the House applauded.

Representative Keough withdrew his amendment and HB4 passes unanimously with a vote of 145-0.

“Today the House showed that improving child protection is among our highest priorities,” Speaker Straus said. “We have taken a couple of very important steps toward providing better protection and care for children in terrible circumstances, with more to come in the weeks ahead. Representatives Burkett and Frank, along with Chairman Raymond and the Human Services Committee, continue to provide strong leadership on these issues.”


"On January 31st, Governor Greg Abbott laid out four emergency items in his State of the State address -- Ending Sanctuary Cities (SB 4), Ethics Reform (SB 14), Child Protective Services (SB 11), and Convention of States (SB 21). Today, I am proud to announce that the Texas Senate has voted on and passed legislation addressing all of these critical emergency issues," Patrick said. "I applaud our hard-working senators who moved swiftly and are committed to a conservative agenda that upholds the principles and values Texas voters have tasked us to protect."

Governor Greg Abbott declared reforming CPS an emergency item, waiving the 60-day waiting period for the House and Senate to vote on legislation.