TEA head defends 'A' to 'F' ratings during stop in Pearland

Texas school districts recieved "A" through "F" ratings Wednesday. The Texas Education Agency's top administrator defended the system during a stop in Pearland. 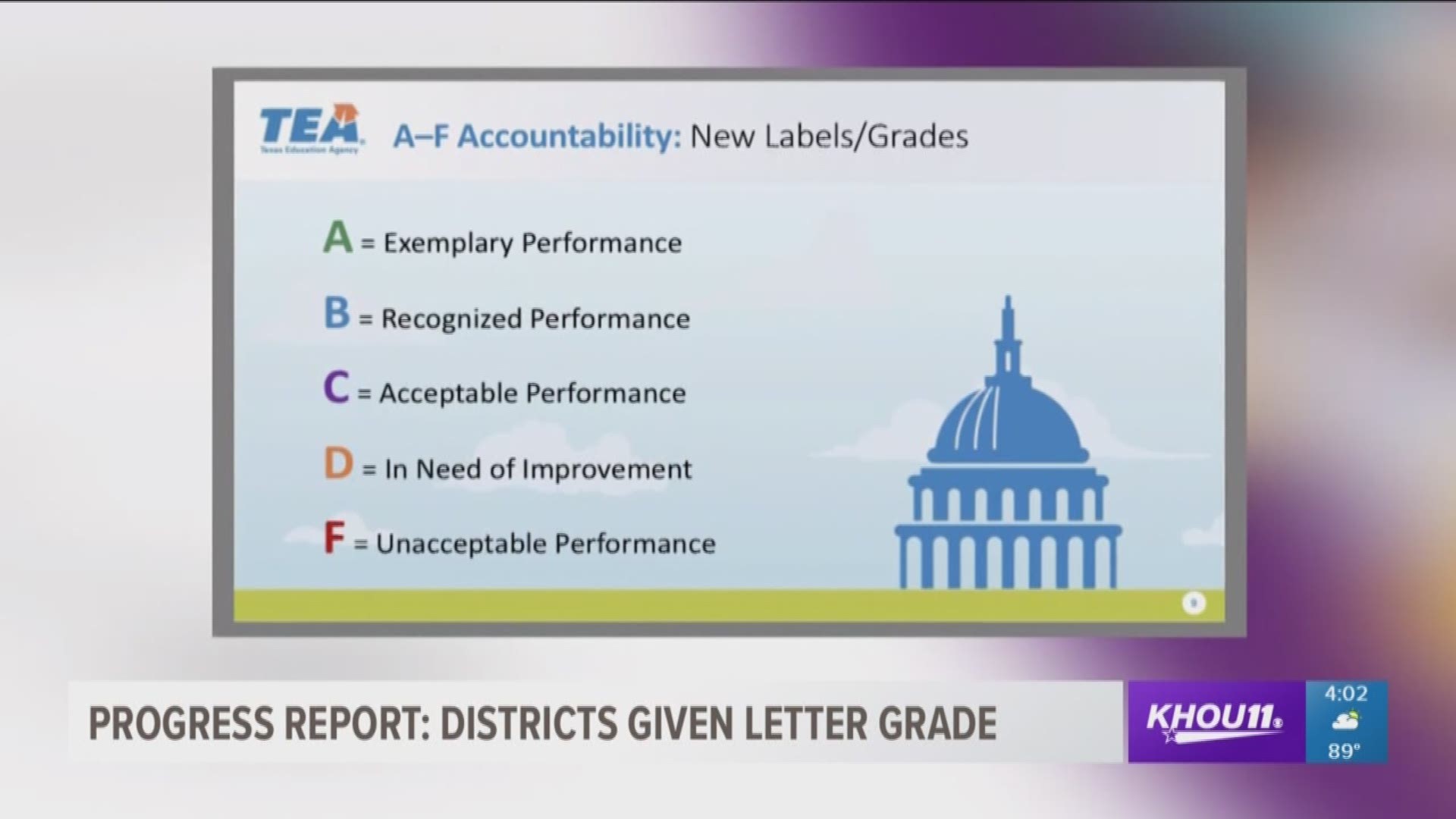 Pearland, TX — The head of the TEA is defending the state’s new school rating system.

Wednesday marked the first time districts got letter grades of “A” through “F,” but some area superintendents continue to express concerns.

“We know that districts that embrace an attitude of extraordinarily high expectations achieve high results for their kids,” said Texas Education Agency Commissioner Mike Morath. “But we also know we don’t agree with everybody.”

Morath was in Pearland to help announce that Pearland ISD got an “A.” Houston ISD would have earned a “B” under the new rating system. However, it and many other Houston-area districts were exempt due to Hurricane Harvey’s impact.

“I sent the state an email about some concerns as it relates to their calculations,” said Lathan. “So we do agree with other districts that have concerns.”

That includes Alvin ISD. Superintendent Buck Gilcrease cited his concerns in a letter to parents.

“The State’s “A through F” rating system defies logic and is confusing to everyone,” wrote Gilcrease.

Morath told KHOU 11 News that a ton of changes were made to the rating system after getting months of feedback from stakeholders.

“I know superintendents that disagree with this rating system do so because they love kids and the way they analyze performance is somewhat different,” said Morath.

In addition to “A” through “F” grades for districts, individual schools still get a pass/fail grade and rating of 0-100. You can search for district and school ratings here: https://txschools.org.