District Judge Alex Kim had been accused of ignoring the advice of CPS workers. 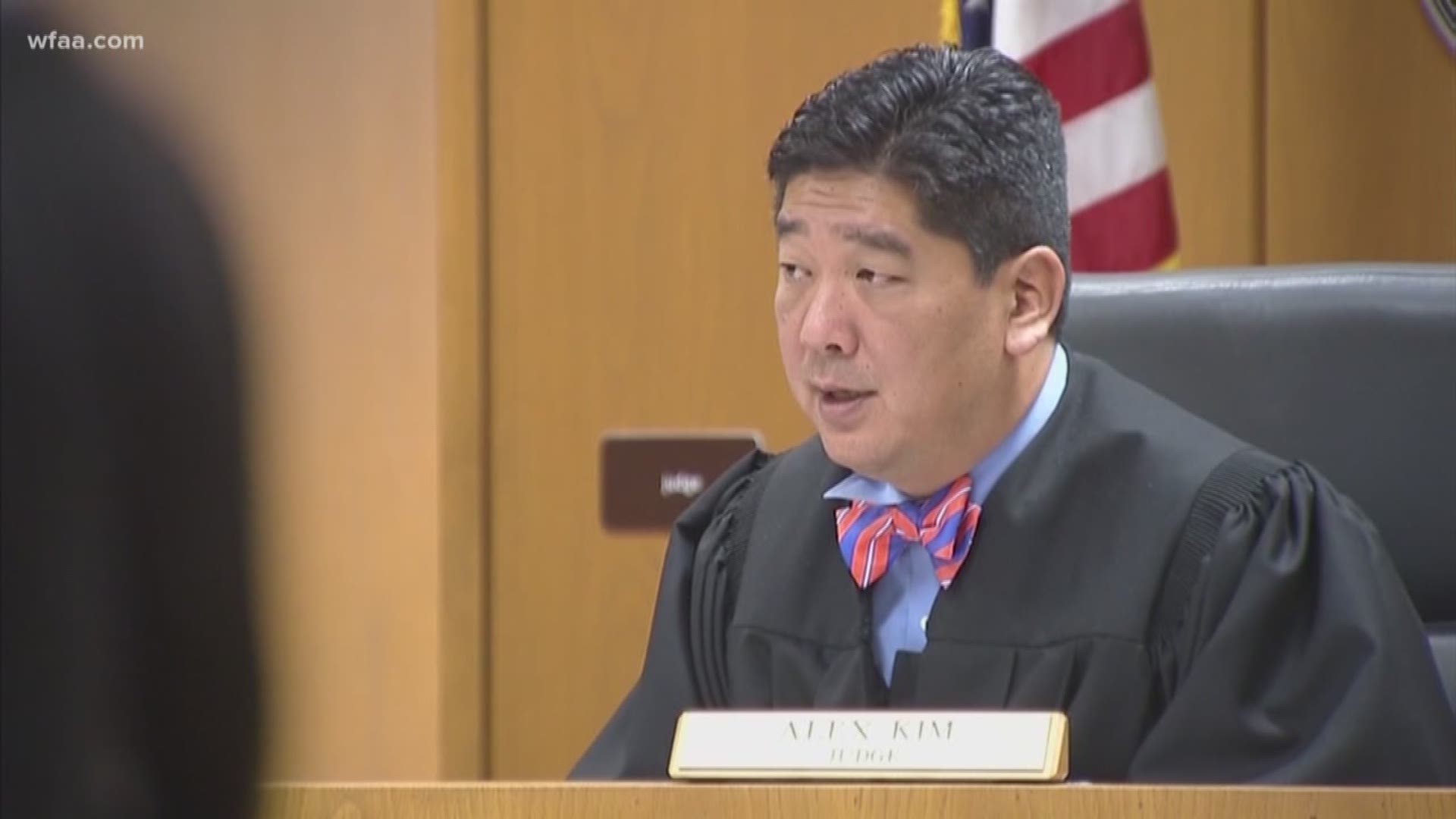 FORT WORTH, Texas — A Tarrant County district judge who has been accused of ignoring the recommendations of Child Protective Service workers won’t be hearing new CPS cases.

District judges met in a closed-door meeting Thursday, ruling that District Judge Alex Kim, who presides over 75% of the county’s CPS cases, will no longer do so.

The judges’ order states that all CPS cases will now be heard out of the Family Law Center downtown. Cases will now be randomly assigned to judges, instead of automatically to Kim.

According to Court Appointed Special Advocates, the organization that pairs children in need with court advocates, Kim had cut the number of advocates children were getting by 80% in the last year.

"Kids are missing out on something important to them, vital to them," Don Binnicker of Tarrant County CASA said two weeks ago.

Tarrant County Judge Glen Whitley said the county had also received complaints that Kim had reunited children with their families, even in situations where CPS workers advised against it.

A committee of district judges reviewed their local rules, and decided the cases should never have been consolidated in just one court but instead should have been randomly assigned to other judges.

That process will now begin on March 1.

According to the judges’ orders, no other docket in Tarrant County is split between two courthouses or two case management systems and a continuation of that process could result in the filing of multiple challenges.

Kim will continue to hear juvenile court cases in his courtroom.