The big question: who gets the sales taxes that come from annexed businesses that are geographically in county limits but benefit from city services. 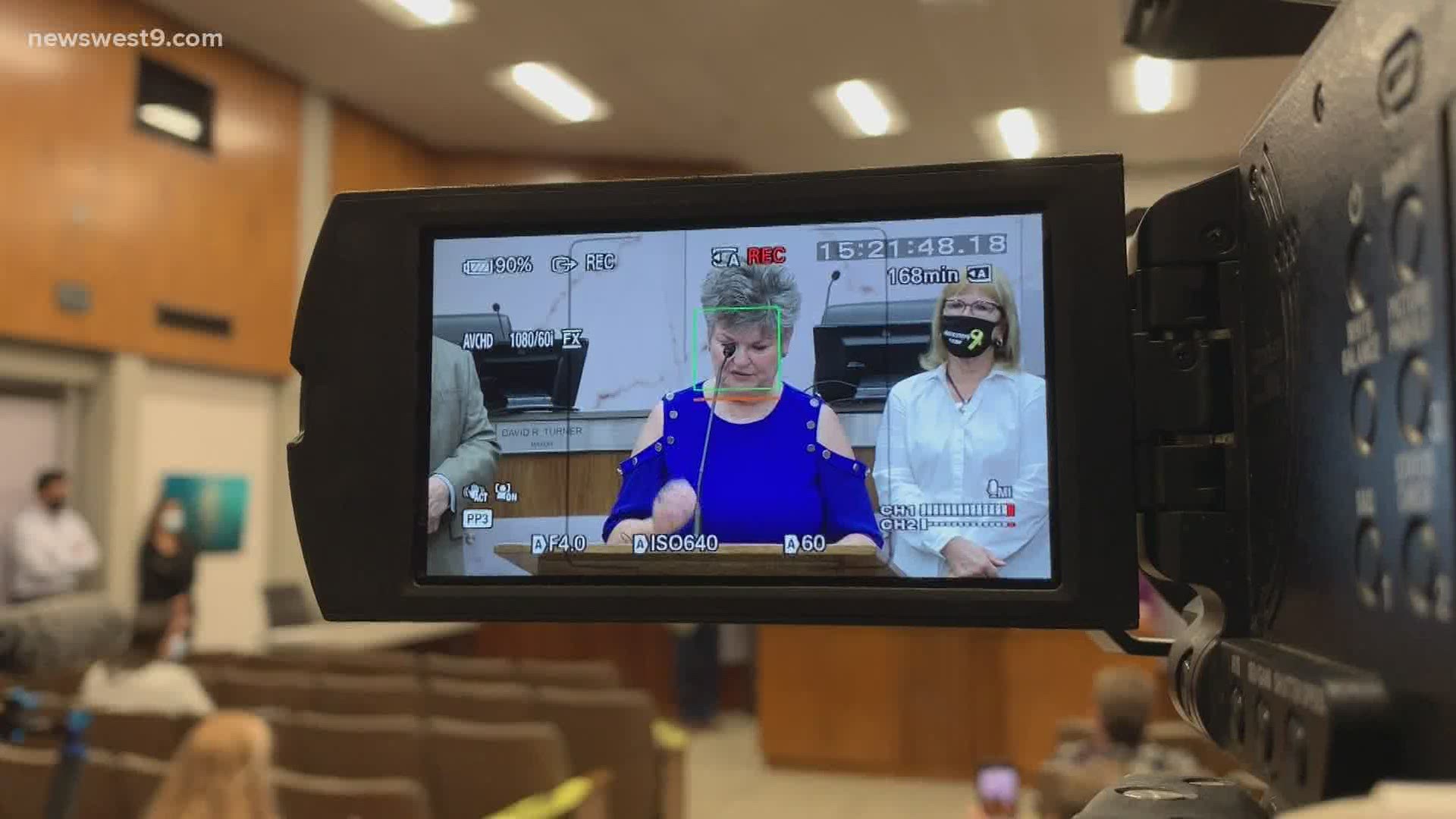 ODESSA, Texas — There's still no solution between the City of Odessa and Ector County when it comes to their county assistance district taxes.

The City held a press conference Wednesday to talk about the claim they filed with the state to receive part of the county's new sales tax money.

Some businesses that lie in Ector County though wish to be annexed into the City.

That means they have to follow city building codes and other city standards, but it also gives them access to services like trash, police, water, and sewage. These are all services that the county can not provide.

So who gets the sales taxes that come from those annexed businesses that are geographically in county limits but benefit from services that the city pays for?

According to the comptrollers' website, it's the county, but the City of Odessa believes that the way it's being worded is a mistake.

"After the voters approved it [the new county sales tax] they moved it to Austin and the comptroller changed the language," said Turner.

The county feels like the city is trying to take money that is rightfully theirs, and vice versa.

"The comptroller is the one who moved the money, we're just asking for the comptroller to be judged by the attorney general to be able to say you shouldn't have put that language in there because that's not what the citizens of Ector County, now remember the citizens of Odessa did not vote on this, it's just the county and they didn't vote on that," said Turner.

Only a few words were changed between what was put on the voting ballot in 2018 and what made it to the comptroller's agenda, but those words made all of the difference.

"What it said was anything that's annexed after that date, the city cannot get any sales tax. The problem that causes for us is we have businesses that approach us and say we want to put a business in your city or in your county and we want to be annexed, we want water, sewer, police and trash and we do not have the money just on the ad valorem taxes," said Turner.

"The money that they've already got, that's their money, we're not asking for that, we don't want that, they've spent it and have done a good job with it, we're just looking for the stuff in the future," said the mayor.

Sheriff Griffis, who spoke out against the city earlier in the week, says he's willing to hear the city out.

"I'm going to take them on their word, they're saying they don't want our money," said Griffis.

Now the two groups will have to come together and hopefully find an agreement.

We asked a representative for the county to comment but they were advised by their legal counsel to not say anything.

To watch the full conference, you can visit the City of Odessa Facebook page.