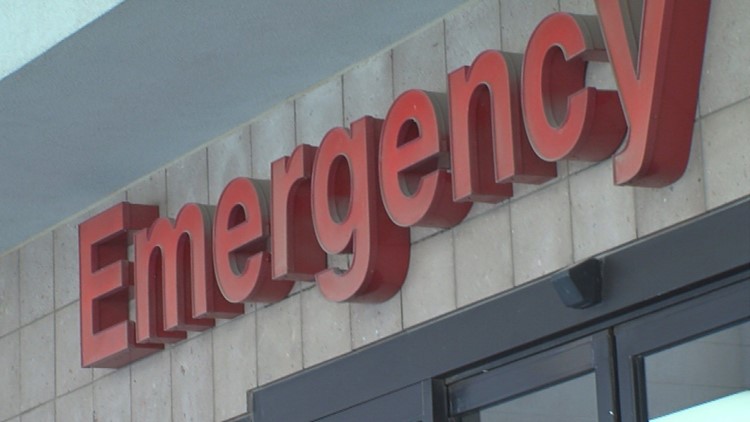 It's a big problem in Odessa, a shortage of sexual assault nurses has left many victims having to travel for care, but it's not something the hospital isn't actively working on.
Author:
Published: 10:03 PM CDT May 2, 2017
Updated: 10:05 AM CDT August 12, 2018

ODESSA, TX (KWES) - It's a big problem in Odessa, a shortage of sexual assault nurses has left many victims having to travel for care, but it's not something the hospital isn't actively working on.

Local law enforcement and the Crisis Center say the shortage is a problem but they know it's not an easy fix.

"Most of the time the victims are violated or sexually assaulted by somebody they know closely, maybe a family member, boyfriend, husband, girlfriend," said Odessa Police Detective M. Matai.

Detective Matai started working for the Odessa Police Department five years ago. He handles a few sexual assault cases a week, most of his victims, women.

Most sexual assault victims in Texas are female acquaintances of their attacker (15.7%), followed by female family members (11.3%).

"Sometimes they blame themselves for what happened," said Matai.

The Odessa Crisis Center works closely with local law enforcement and Medical Center Hospital to support victims of sexual assault. Advocates report directly to the hospital as the victim navigates through telling their story and the evidence collection process. Because of the unpredictability of the job, they are on call 24-hours a day, seven days a week.

"We go to the hospital to lend a helping hand. We have a change of clothing because their clothing may be taken for evidence. We are also there to just give them support. Talk to them about the availability of free counseling," said Hildebrand.

Last month, the hospital met with Crisis Center and local law enforcement to discuss their partnership. Recently, the hospital lost one of their sexual assault nurses, leaving only one, who is on call most of the time.

"The problem in Odessa, we haven't had full time coverage for nurse examiners available, so many times we have to go over to Midland," said Hildebrand.

From the first call that police receive to the completion of the police report and exam can take upwards of six hours. Transporting the victim out of the city can add to that time and trauma the victim experiences.

"Having to tell your story over and over again to different people, that just adds to the trauma. It is better if those services are available, you know, at the first stop," said Hildebrand.

Matai says sometimes victims present themselves at the police station. Other times they go straight to the hospital and if the nurse isn't there or not on call, the officer has to take the victims in their patrol unit to Midland.

"We are in a rural part of the state, it's just a common problem," said Hildebrand.

Medical Center Hospital says they are actively working on the problem but the training for sexual assault nurses takes more than a year to complete. Tune in Thursday night at 10 p.m. for Part 2 of this special report.