A bystander helped get the driver out of the vehicle before Big Spring police arrived. 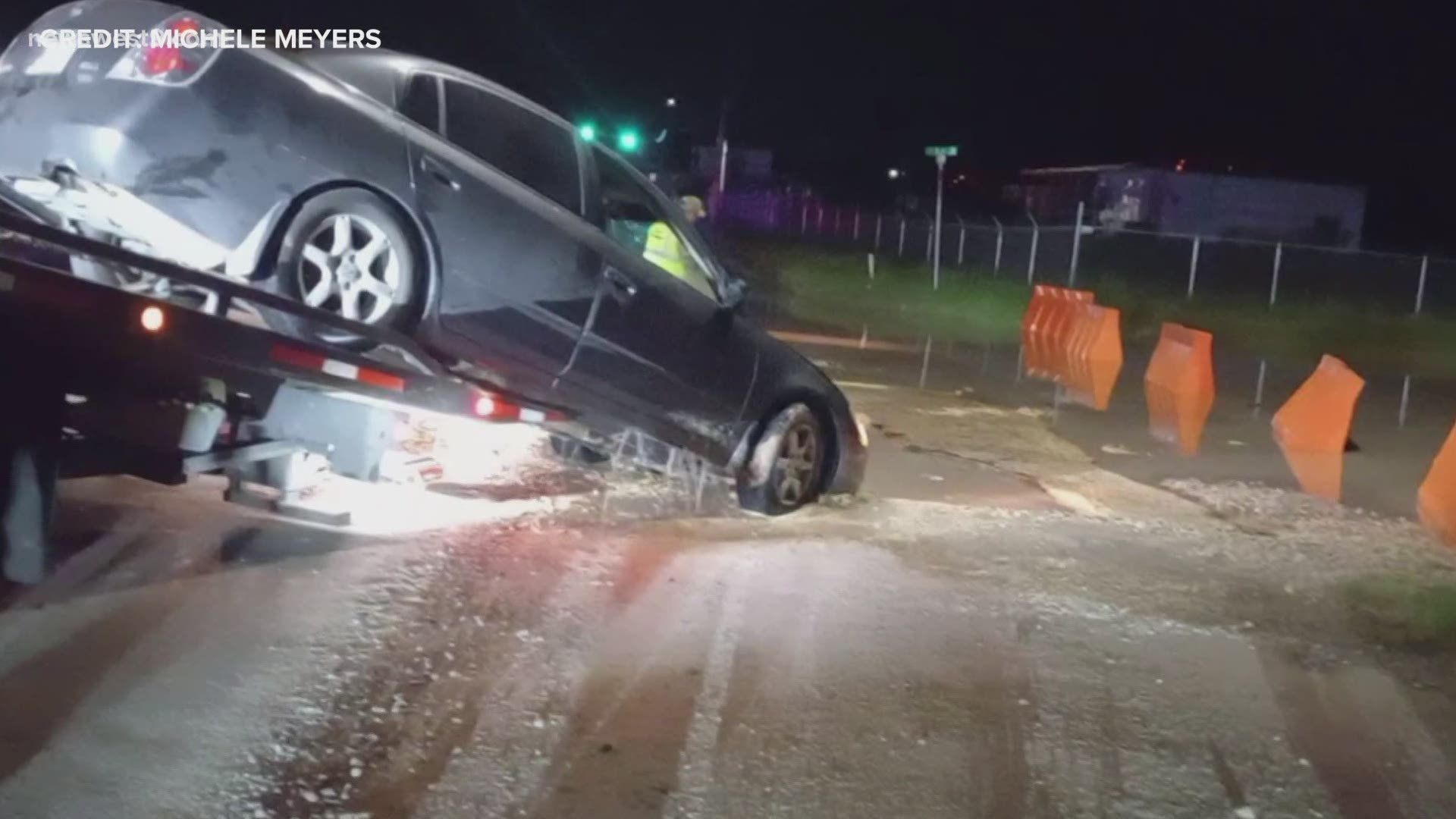 BIG SPRING, Texas — A Big Spring woman is thanking her lucky stars she is alive after driving into a sinkhole on Friday night.

It happened near Birdwell Lane and E. 2nd Street.

Michele Meyers, the driver, tells NewsWest 9 the area was not blocked off so she was unaware of the sinkhole.

A bystander pulled Meyers out of her vehicle before Big Spring Police arrived.

"I couldn't get out of the car on my own," Meyers said.

A Big Spring woman is thanking her lucky stars she’s alive after driving into a sinkhole. It happened near Birdwell Lane & E. 2nd St. The driver tells me a bystander pulled her out before Big Spring Police arrived. The water damage totaled the car @newswest9

As for her car? It is totaled from the water damage.

"When I plunged in the water, you could tell the engine was sparking and then it just died," Meyers said. "Now it will not turn on."

The area has since been blocked off but Meyers wants the City of Big Spring to do more to fix the roads.