APD is on 'tactical alert', meaning officers are uniformed and ready to respond to any large event in the city, including uncontrolled gatherings or violence. 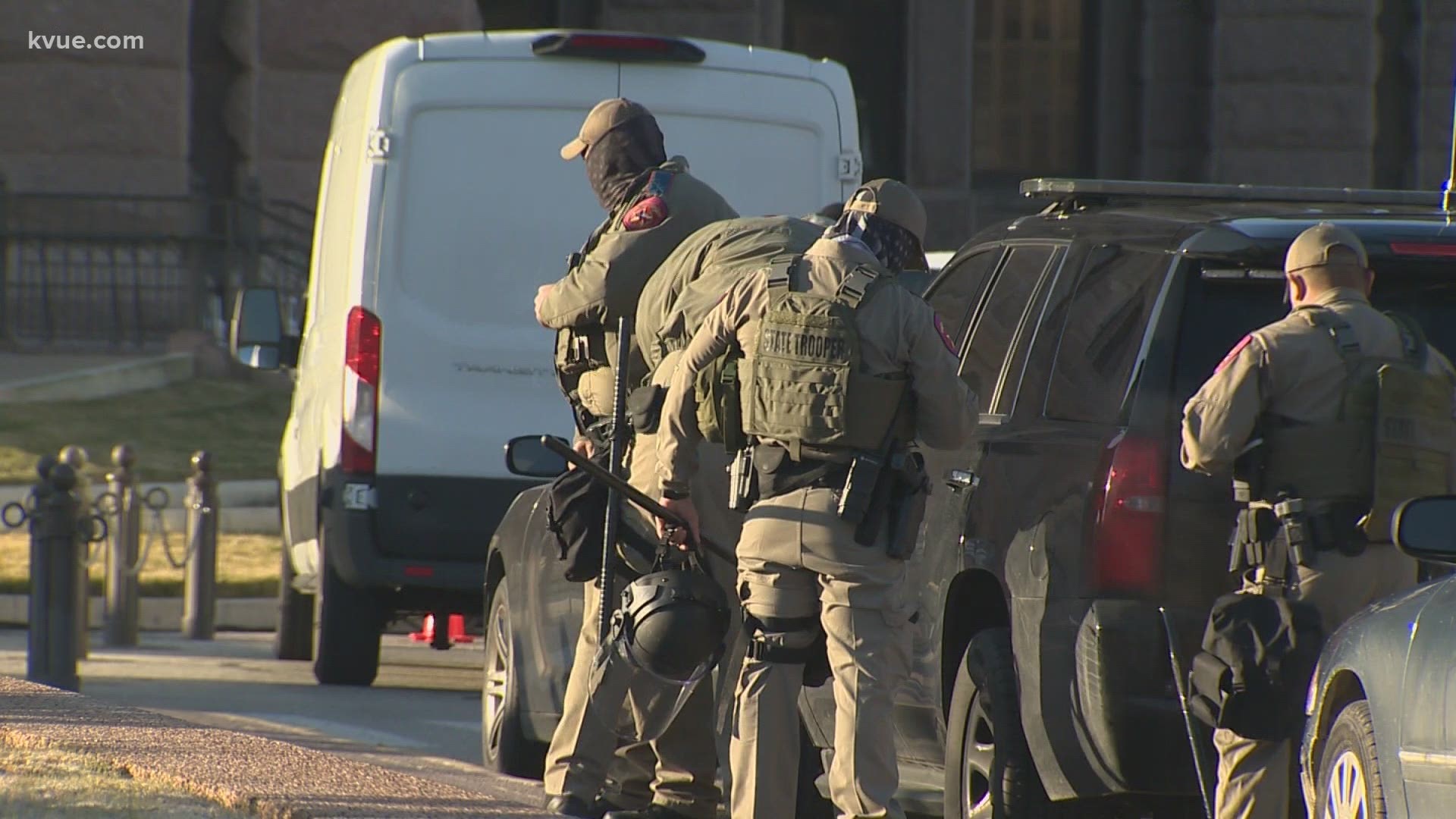 AUSTIN, Texas — As tens of thousands of troops and officers protect the nation's Capitol for the inauguration of President-elect Joe Biden and Vice President-elect Kamala Harris, Texas law enforcement is not letting their guard down at the State Capitol either.

Officers with the Texas Department of Public Safety (DPS), Austin Police Department (APD) and the FBI are working together to ensure a peaceful transition of power.

Gov. Greg Abbott said DPS troopers are monitoring any possible threat near the Capitol, but as of Wednesday morning, the area remains quiet.

Austin Police Assistant Chief Joe Chacon said they do not have any known threats, but expect there will be some protests or demonstrations downtown.

"We are used to and really support people being able to come out, assemble and exercising their First Amendment rights to free speech, and what we want to do is create a safe space to be able to do that," Chacon said.

However, the department is on "tactical alert," meaning officers are uniformed and ready to respond to any large event in the city, including uncontrolled gatherings or violence.

While the department could not reveal their security plan, the APD ensures they put forth enough resources to keep citizens safe.

DPS is also monitoring the possibility of armed protests where "violent extremists" may attempt to exploit the event by committing crimes, according to an announcement they made last week.

“As a result, DPS has deployed additional personnel and resources to the Capitol and are working closely with the Federal Bureau of Investigation and the Austin Police Department to monitor events and enforce the rule of law," DPS stated.

Over the weekend, a few armed protests took place, but none led to violence or unrest.

Meanwhile, nearly 50 APD officers are also in Washington, D.C., to help with the peaceful transfer of power. This is a routine measure the department has taken part in for five inaugurations.

"Over the years, we've felt that it's really our responsibility to contribute to making sure that, you know, just like if we had a large event where we were to put out the call, that we are there to support our law enforcement partners," APD said.

The Capitol grounds are closed through Wednesday as a precautionary measure.

The Backstory: Unusual things that happened at past presidential inaugurations