One of the most recent lawsuits filed Sunday accuses Watson of reaching out to the plaintiffs "in an attempt to settle." 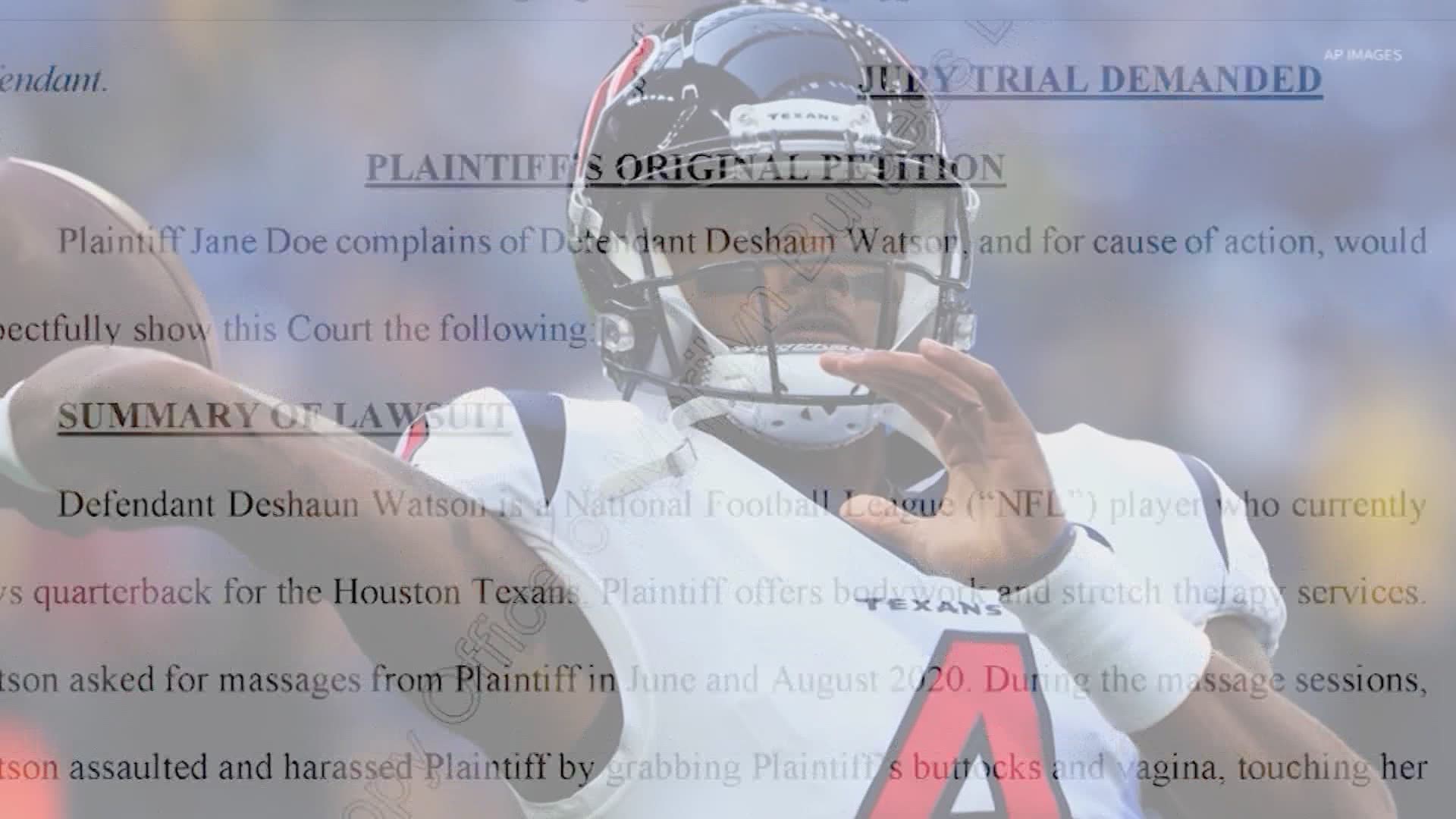 The civil suits accuse Watson of sexual misconduct, including exposing himself to women he hired for massages. At least two of the women allege he also sexually assaulted them.

One of three new cases filed Sunday, March 28, accuses Watson of reaching out to some of the plaintiffs in an attempt to settle. It also alleges Watson has deleted Instagram posts.

EDITOR'S NOTE: The video above originally aired on March 23.

"As a result of the repeated lawsuits against him, Deshaun Watson is deleting Instagram posts and contacting those who formally provided him massages in an attempt to settle," the suit states. "Plaintiffs have not brought these cases for money or attention; instead plaintiffs seek a change in behavior with regard to Watson and a change of culture in the NFL."

Watson's attorney, Rusty Hardin, denied both allegations in a statement and questioned the women's motives.

"Like a lot of people, Deshaun regularly deletes past Instagram messages. That said, he has not deleted any messages since March 15th, the day before the first lawsuit was filed. We categorically deny that he has reached out directly to his accusers in an attempt to settle these cases," Hardin said.

"Opposing counsel’s continued statements that these cases aren’t about money do not square with the facts in at least two of these cases. It is incredibly irresponsible to continue to make these types of false allegations in this avalanche of anonymous lawsuits, particularly while we are still trying to find out who the accusers are. We will address these issues, and others raised in these cases, in our formal response to the court in the coming weeks," Hardin's statement said.

Earlier, Hardin said one of the women asked Watson for $30,000 before her lawsuit was filed.

Watson denied the allegations in a statement after the first two cases were filed.

No criminal charges have been filed in the case.

Buzbee said he has submitted evidence to HPD and the Harris County District Attorney's Office.

The NFL confirms it is also investigating the allegations.