"I said you know what, I’m going to unfriend you on Facebook, so the last time he got to see me was my before pictures, 60 lbs ago!" 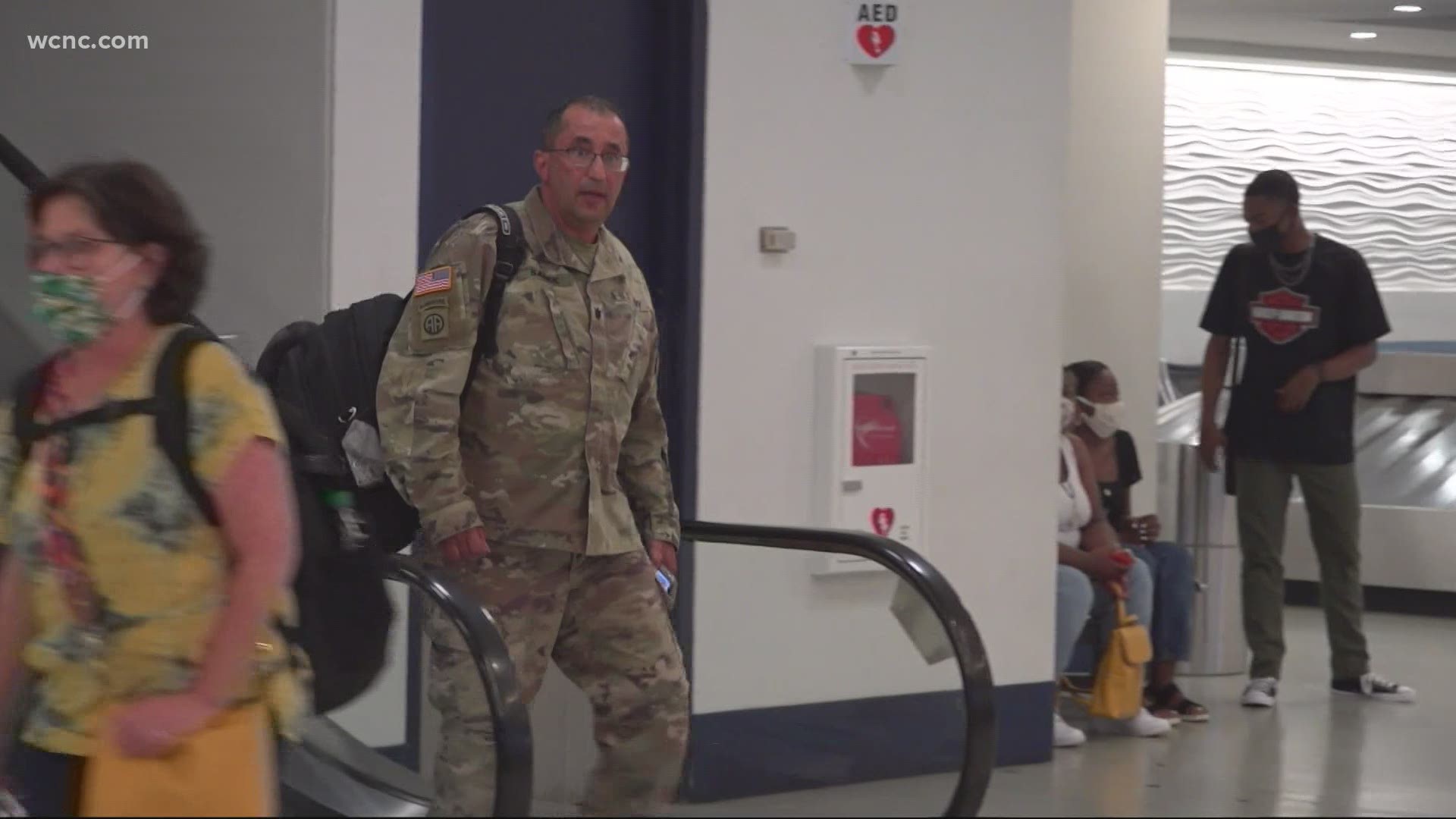 ROCK HILL, S.C. — A South Carolina soldier from Rock Hill was given a very special welcome home surprise over the weekend. Saturday, Lieutenant Colonel “Hugh” Sadek touched down at Charlotte-Douglas Airport after finishing a 7-month deployment in Qatar.

The Lt. Col has served in the military for 27 years, however, this deployment was his last. He plans to retire in July.

But here’s where the story gets good.

While he was deployed, his wife un-friended him on Facebook and set out on a weight-loss journey.

“When he left, we promised each other we would make our health a priority,” his wife, Deborah Sadek said. She said they made that promise after they both caught COVID, which she says took a toll on her health.

“My health was really, it was very challenging. I felt terrible, I put on a ton of weight,” she said.

So with her husband more than 7,000 miles away, Deborah stuck to her end of the deal. For seven months, she not only ate right but began exercising regularly as well. As the pounds started coming off, she says she decided to keep her progress a surprise.

“So I said you know what, I’m going to unfriend you on Facebook, this was in January – January 17th I unfriended him -- so that he, the last time he got to see me was my before pictures,” said Deborah.

Then late last week, after seven months apart, Deborah got the call. Her husband was headed home.

“Like the excitement is insane, like ah, I can’t wait, it’s just you know, it’s exciting,” she said in an interview, Thursday.

“I’ve waited for this minute for so long,” she said.

And as he came down the escalator, his face dropped, as he mouthed the words, ‘Oh my god.’

“Look at you, incredible,” he exclaimed, “You weren’t kidding when you said I wouldn’t recognize you,” said Lt. Cl. Sadek, who said he was very surprised and very proud of his wife.

“She’s done remarkably for herself, you know supporting me and my mission and our country. She’s just been a true stellar supporter the whole time,” he said.

Deborah, overcome with emotion, said she was at a loss for words, as she gave her husband a big squeeze.

Deborah, however, had another surprise up her sleeve. She said before her husband left for his employment, he gave his car to her daughter. So while he away, Deborah said she bought him a new truck.

“It has air-conditioned seats! Who gets that?” she exclaimed.

She said her husband plans to retire on July 31 and said she’s already planning a big retirement party.

Wake Up Charlotte To Go is a daily news and weather podcast you can listen to so you can start your day with the team at Wake Up Charlotte.
SUBSCRIBE: Apple Podcasts || Spotify || Stitcher || TuneIn || Google Podcasts

All of WCNC Charlotte's podcasts are free and available for both streaming and download. You can listen now on Android, iPhone, Amazon, and other internet-connected devices. Join us from North Carolina, South Carolina, or on the go anywhere.