Road conditions cause concern for some Big Spring drivers

“There are holes like this all over town," Michele Meyers, Big Spring resident, said. 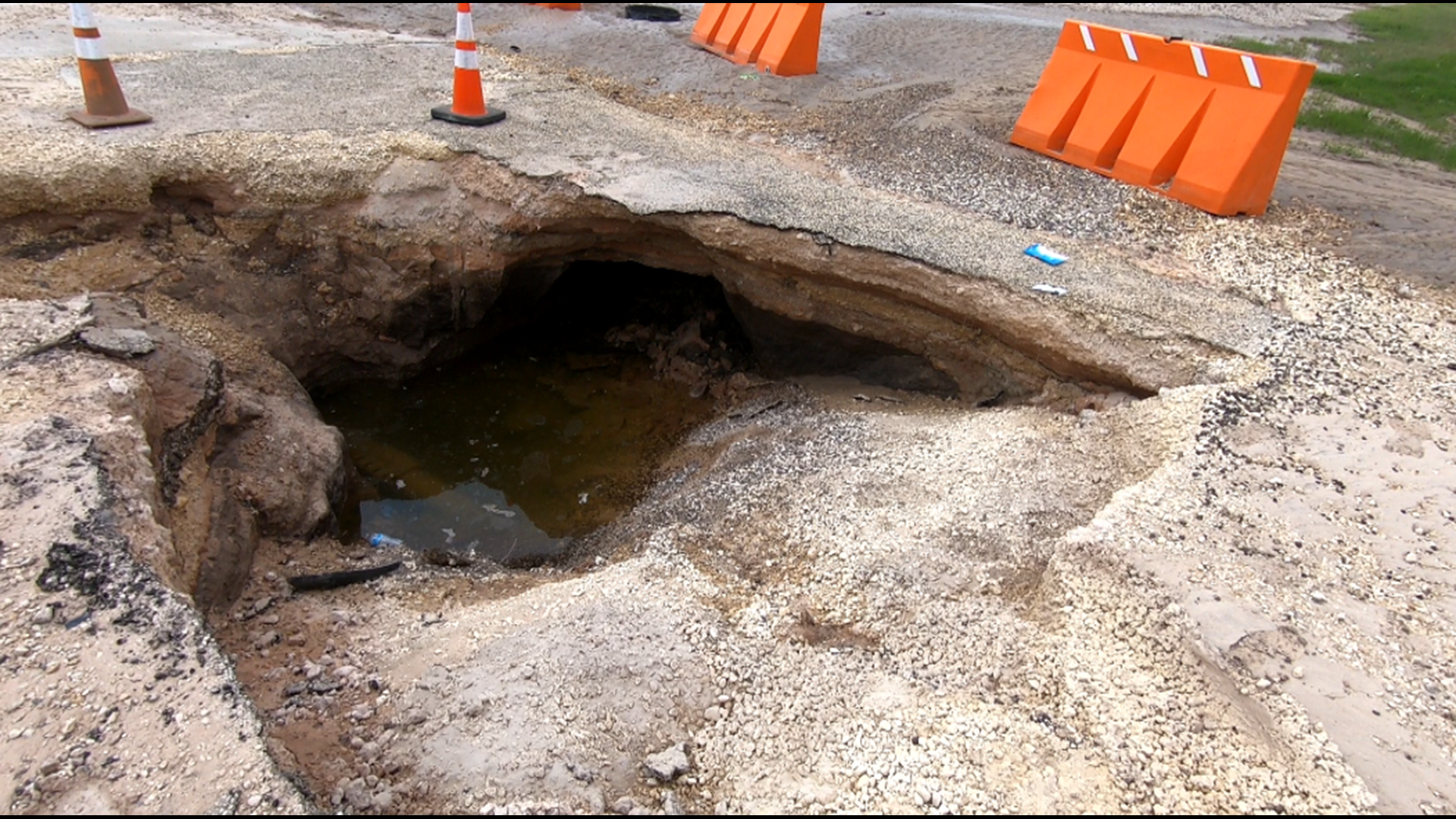 BIG SPRING, Texas — For Michele Meyers, Friday started off like any other day in Big Spring.

Until it was not.

She drove into what looks like a sinkhole near Birdwell Lane and East 2nd Street.

“I was coming home from visiting my grandbabies and my car is low," Meyers said. "I didn’t want to bog out in it. So I started turning around, going real slow and all the sudden in seconds I was in a hole.”

Meyers says it was then she had to crawl out of her vehicle.

“I grabbed my phone and my purse," Meyers said. "I couldn’t have climbed out by myself but I had a couple of innocent bystanders help me.”

Meyers car was totaled from the flood damage, the engine even started sparking when floodwater poured into the vehicle.

This is what the sinkhole near Birdwell Lane and E 2nd Street looks like today.

I talked with multiple Big Spring residents who tell me holes like this in the road are becoming more and more common. They urge the city to do something about it. @newswest9 pic.twitter.com/5bWq1yMH7R

But Meyers tells us the area she drove through was not blocked off.

“There was nothing here besides these barriers," Meyers said. "I was just turning around going about 1 mile per hour, there were no cones, there was nothing.”

Meyers plans legal action against the city and says roads are not being repaired quickly enough.

“There are holes like this all over town," Meyers said. "You’ll see a hole like this and it will be like that for months before they fix it. Our roads are bad, and dangerous because they’ll have roads like this and no cones.”

Thomason tells us the city is aware of the road issues and crews are working to fix as many of the problem spots as they can.

But here is the thing: anytime there is a major weather event, crews have a hard time keeping up.

As to how long it takes crews to respond to road problems, Thomason did not know specifics.

But he did tell me this, if you notice an issue with the roads in Big Spring, report it by clicking here.