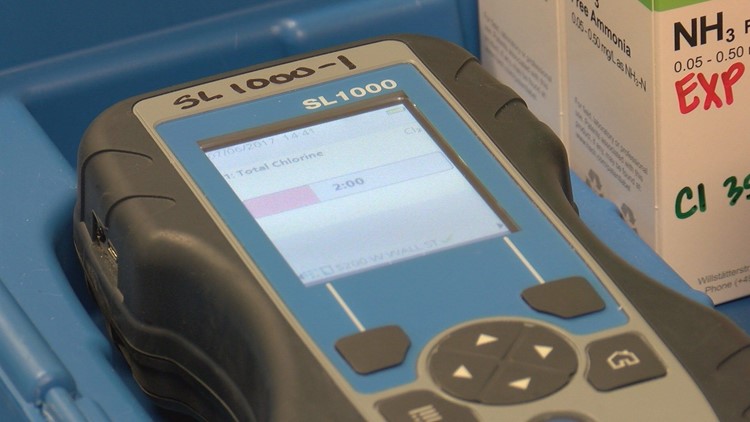 It's a hot topic, water in Midland and Odessa. Some people don't trust drinking from the tap but the cities recently released their water quality reports and the water is safe to drink.
Author:
Published: 10:16 PM CDT July 6, 2017
Updated: 12:15 PM CDT August 10, 2018

(KWES) - It's a hot topic, water in Midland and Odessa. Some people don't trust drinking from the tap but the cities recently released their water quality reports and the water is safe to drink.

"I wouldn't suggest drinking it without something cleaning it, like a filter," Matthew Jurado, an Odessa resident.

"The taste of it. It's hard," said Anne Fawn. "It's not good on plant life, animal life or our life."

"It says it's all below the norms but we just continue using our water softener and reverse osmosis. Better safe than sorry," said John Fryman.

Despite concerns from residents, recent quality reports put out by both cities say the water is in fact safe.

Carl Craigo, the assistant utilities director for the City of Midland, says the department works on testing the water all year.

"We do samples every day and every month throughout the year, collecting every type of constituents that's in our water," said Craigo.

Those constituents are substances like arsenic, chromium and fluoride.

In Midland, all of the seven inorganic contaminants found in the water tested below the maximum levels provided by the Texas Commission on Environmental Quality.

"TCEQ puts out what our water quality needs to be and the testing quality makes sure we keep to the water quality perimeters and we have always hit those perimeters," said Craigo.

Craigo says the biggest concern from residents is the taste of the water.

"It's different everywhere you go. I've lived in many different cities. It's just a different mineral that has a different taste," said Craigo.

The report notes that changes to drinking water such as taste, color and odor are the result of calcium, sodium or iron. These chemicals are regulated by the State of Texas and are not causes for health concern.