Police are investigating, and as of Wednesday morning an arrest was possibly pending in the case.

HUNTSVILLE, Texas — A confederate monument located on the grounds of the Walker County Courthouse was vandalized overnight, reported The Huntsville Item.

The newspaper reports the monument was erected in 1956. It was vandalized the same evening as other confederate monuments and statues around the country.

RELATED: Protesters tear down Christopher Columbus statue, set it on fire before throwing it in Virginia lake

A photo from the newspaper showed black spray paint covering portions of the stone monument.

An arrest is possible in the case, police said as of Wednesday morning.

Some communities in Texas and elsewhere have recently voted to remove their confederate monuments amid protests of the killing of George Floyd. 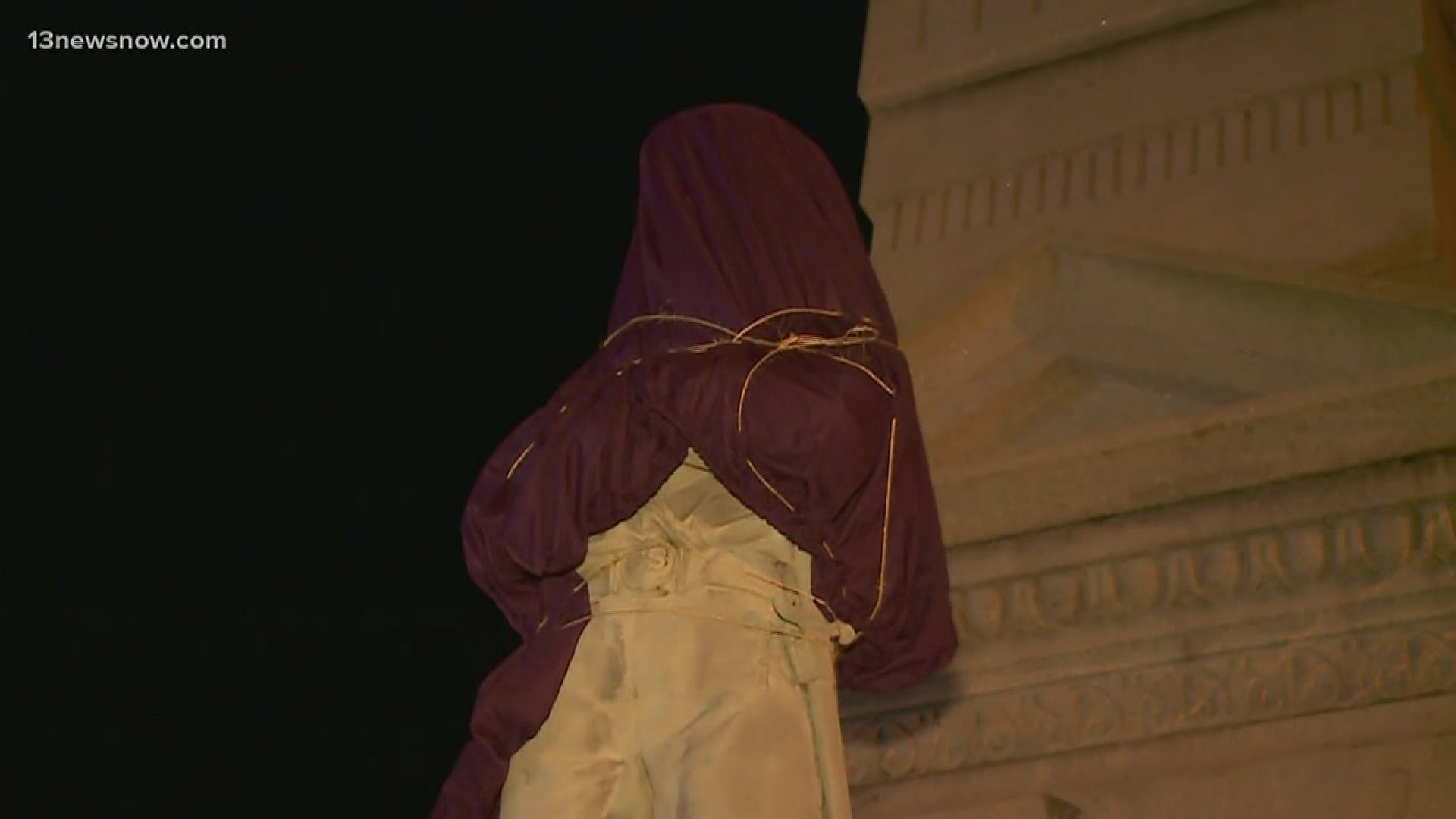