The U.S. Energy Information Administration is projecting about 4.95 million barrels of oil per day in December, surpassing that of March 2020. 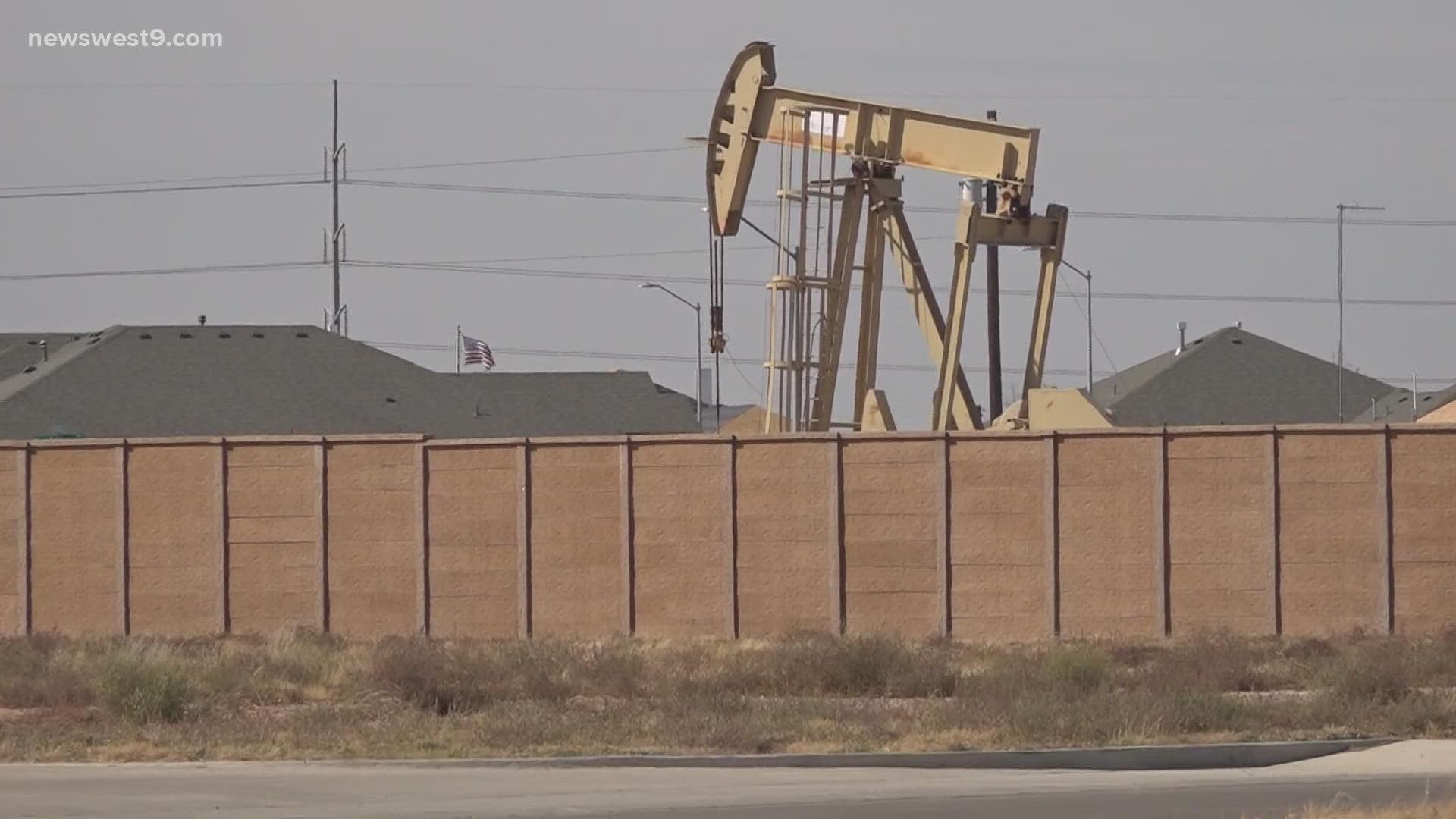 MIDLAND, Texas — During the COVID-19 pandemic, oil production slowed down, but as we move closer to 2022 and as technology improves, oil production is continuing to increase.

It's getting to the point to where December 2021 will likely produce a record of 4.95 million barrels of oil per day.

"The other factor is that you know we're drilling these wells much faster than even five years ago, so even with a rig count that hasn’t moved that much, we’re drilling a lot of footage and so that efficiency has helped,” Tommy Taylor of Fasken Oil and Ranch said.

What also helps is that uncompleted wells, which had already been drilled, are also coming back online and increasing the oil production.

"These drill uncompleteds have been fracked and brought online and so you got kind of a double amount of oil and completions coming at you right now that normally we wouldn’t have had in previous years," Kirk Edwards, president of Latigo, said.

So why are we seeing more production here in the Permian Basin compared to other oil patches and locations?

"I think the reason we’re seeing the Permian produce so much is it is the cheapest place to drill, and so you get your best rate of return for drilling here in the Permian versus in the Dakotas, Eagle Ford, offshore, Gulf of Mexico, things like that," Edwards said.

So what does this mean for oil prices? Unsurprisingly, what OPEC does will still likely have a large impact on prices.

"They’ve got quite a large group, and it’s going to depend on what they wanna do, and I think what you’ll see is if the price gets too high and the rig count starts accelerating out here, they don’t really want that. So they may put more crude on the market to drive the price down," Taylor said.

However, for now, the record oil production will likely have a positive impact on the Permian Basin's economy because people will be getting back to work and provide a little stability heading into 2022.