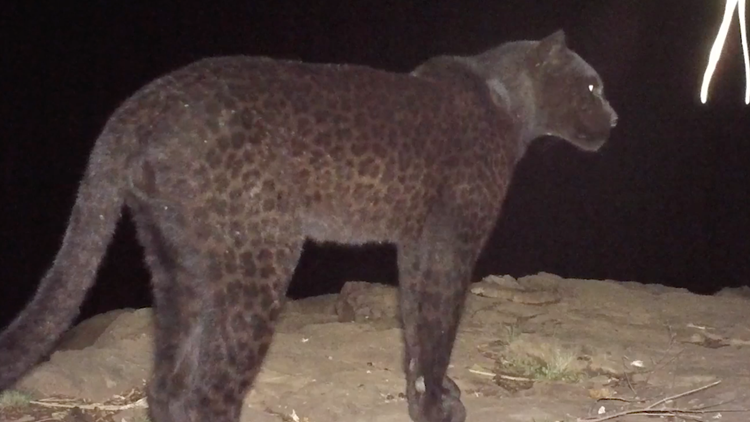 Also known as “black panthers,” the leopards experience melanism, a gene mutation that causes leopards’ coats to look completely black in daytime. They are rarely seen in Africa with most sightings occurring in Southeast Asia.

The last confirmed sighting of a black leopard was more than a century ago in 1909 in Ethiopia, according to a report published in the African Journal of Ecology by researchers from the San Diego Zoo and Loisaba Conservancy in Kenya.

When the researchers heard reports of black leopard sightings in Laikipia County, Kenya, they installed cameras throughout the region. The cameras operated from February through April last year.

“Regionally we’ve heard reports of black leopards living here in Kenya, but high-quality footage or imagery to support these observations has always been missing,” said Nicholas Pilfold, a San Diego Zoo Global scientist, in a statement.

But the scientists got lucky this time. Within the period that their cameras operated, a female black leopard was photographed four different times.