"There'll be cars past the stop sign down here just waiting with their headlights off just on the curb waiting to pull forward," Buckingham said. 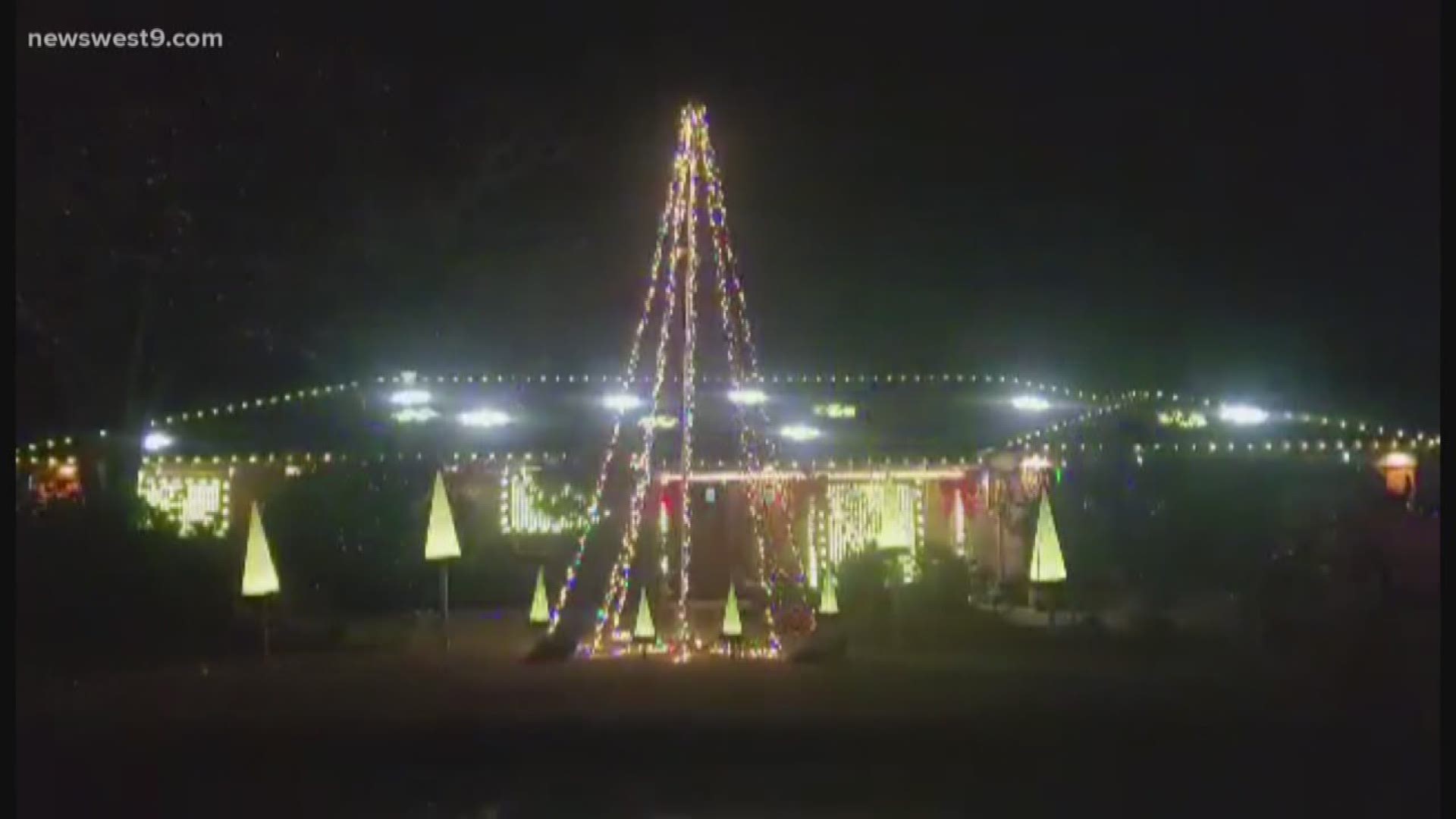 MIDLAND, Texas — Take a drive down Neely at Christmas time and you'll seen a light show in all its glory.

Joel Buckingham is the mastermind behind the show, packed with computer generated lasers.

"The pixels are the hardest part cause they have to be mapped onto the house and they all have to be drawn to scale," Joel Buckingham said.

If that's not enough, Buckingham puts his own touch to each light fixture.

"We gutted them, took out what was in 'em from the store and put in RGB lights," Buckingham said.

What you may not know about Buckingham and his light show is that it requires help from his neighbors.

Buckingham is a quadriplegic-he broke four bones in his neck when he was 19.

Even though he's confined to a wheelchair, Buckingham lives his life without limits.

"It's like obviously not a situation that anyone wants to be in but I'm just one of those people. I don't see the point of like moping, sitting around and whining about it," Buckingham said.

The light show is just one of his many talents.

With the help of his two next door neighbors and friends, their show has caught on.

Around 3-400 cars lined his street on Christmas Eve alone.

"A lot of people say we've been coming to your house for five, six years like the only, like we look forward to this every year for Christmas and it definitely feels cool hearing that," Buckingham said.

His show is a shining example that anything is possible with hardwork and the help of a friend.