Penny Roberts' son Jerry has been in the hospital for nearly a week. The community and prayer are helping her fight through this time. 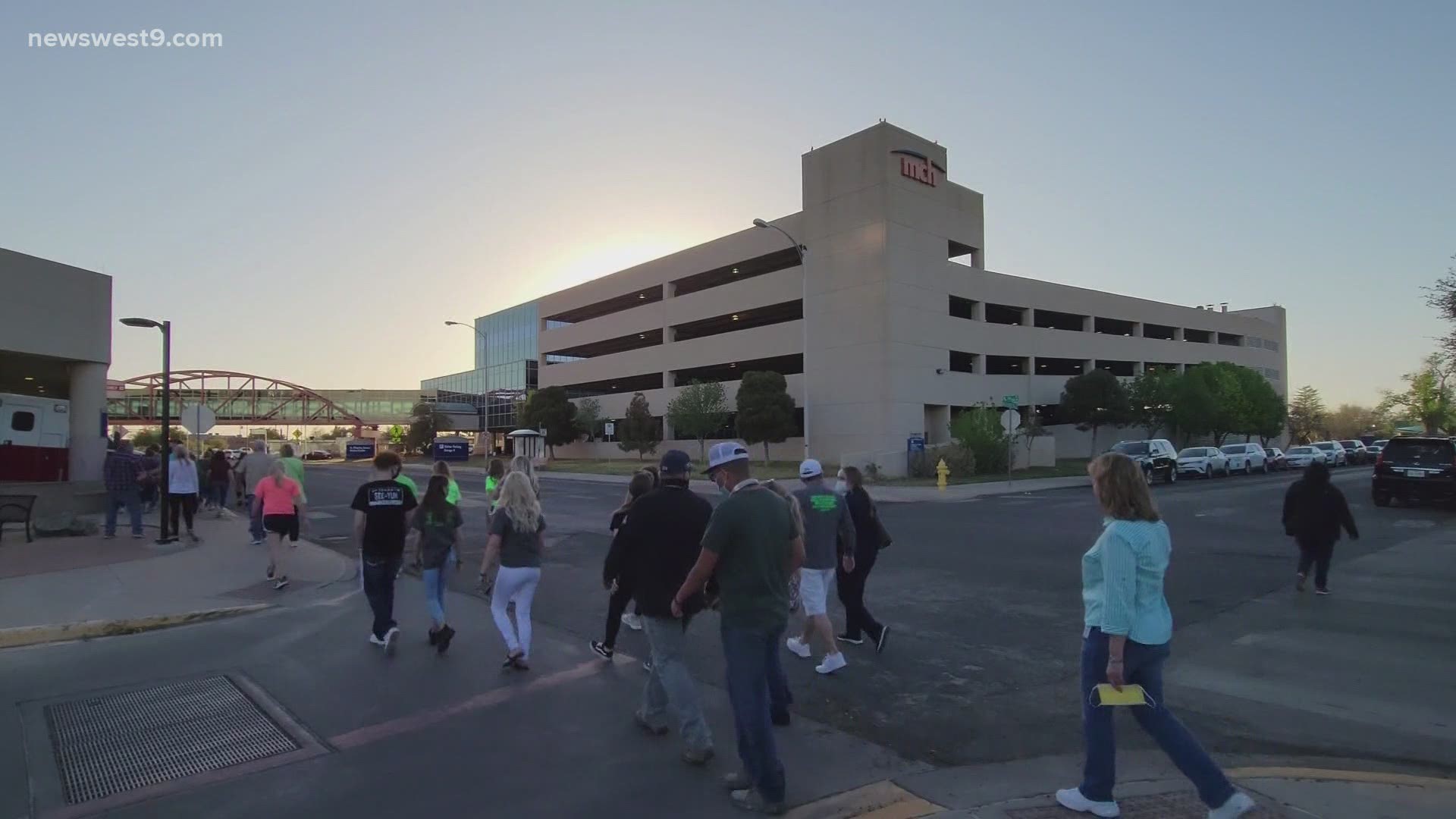 ODESSA, Texas — An Odessa man in the fight for his life.

Jerry Tschauner has contracted the Brazilian strain of COVID-19 and has been in the hospital for several days. His mother, Penny Roberts, asking for prayers.

Roberts held a special prayer vigil on April 7 outside his room, and the community came out in support and to offer up their prayers.

Roberts has been outside Medical Center Hospital constantly, walking around and praying. Medical Center took notice and is helping accommodate her in any way they can. This includes placing a heart of her son's window so she knows where to go and pray.

"The other day we couldn’t get them to answer the nurses' station so I called Russell [Tippin] and he immediately put a heart on there so we know which window to pray for," Roberts said.

The heart on the window is a sign of hope, and it's something Roberts has been praying for a lot over the last few days.

"I prayed Monday. I said I prayed that a mountain would be moved and Christin Timmons made it possible for me to be able to go see my son, and I put on all the garb but then I got a phone call from Russell Tippin and he said there’s not anything you don’t need to want because we will take care of it," Roberts said.

Now, Roberts isn't praying alone. The community showing a huge outpouring of support and joined her in a prayer vigil. Hand-in-hand they prayed and then walked around the hospital several times.

"It’s the other people that you need to realize that you’re protecting everybody else. And you know what, to walk around this building I said I hope tonight we have the biggest prayer vigil in the world you know, but the thing is the outpour of the prayers have been amazing," Roberts said.

If faith can move mountains, Roberts prays it can also heal her son.