The outage affected an estimated 14,000 customers and forced many businesses to close for the day. 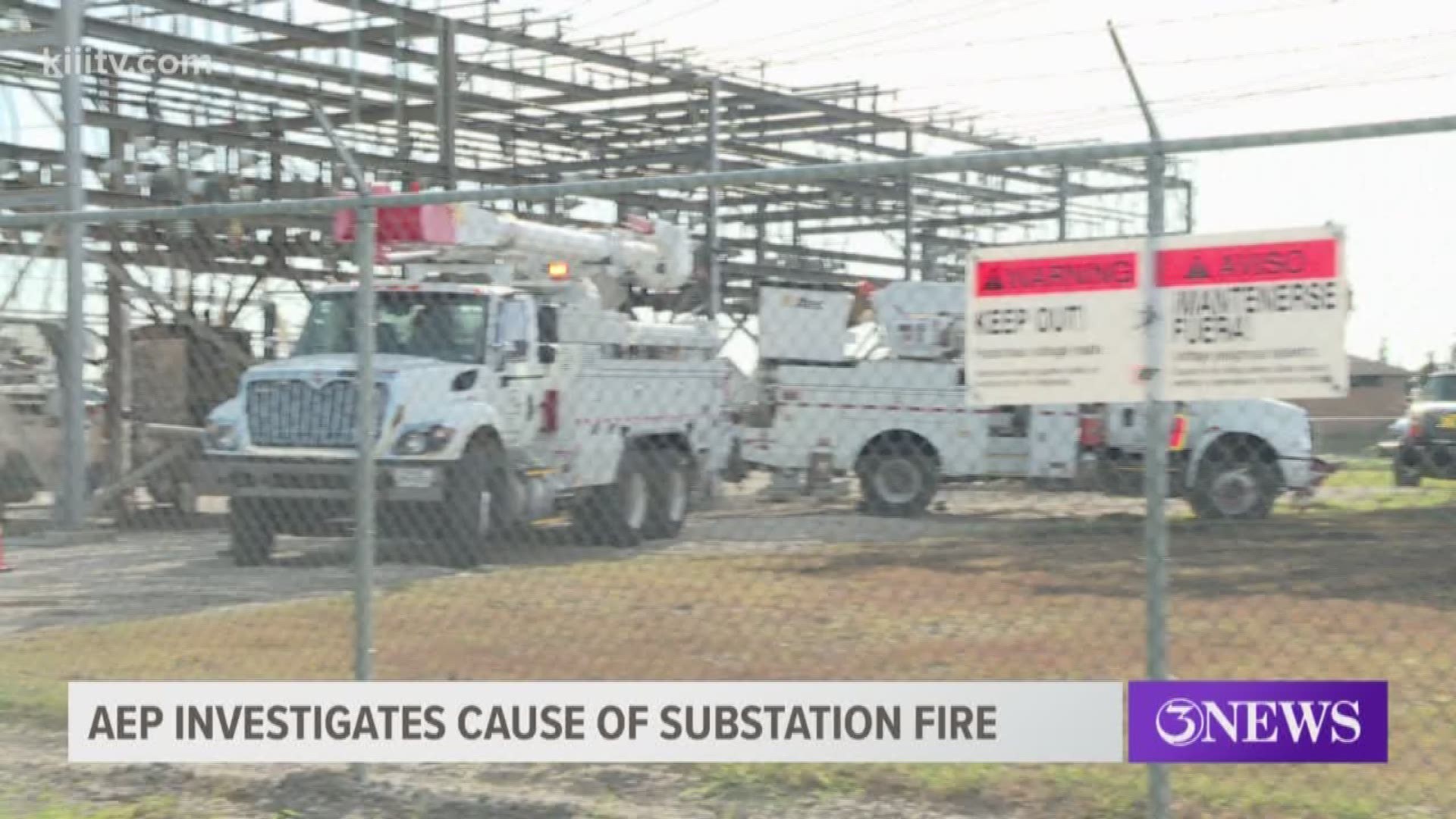 CORPUS CHRISTI, Texas — Crews with American Electric Power Texas worked throughout the night to restore power to customers in Corpus Christi's southside after a fire broke out Wednesday at their substation near Yorktown and Cimarron.

The outage affected an estimated 14,000 customers and forced many businesses to close for the day.

Officials with AEP Texas said the fire was the result of a mechanical failure in their equipment, but said the process to pinpoint the exact cause could take days. Once the fire was out, investigators began the tedious task of trying to figure out what went wrong.

The nearby Turf Sports Complex Facebook page posted footage shot by Christian Johnson of the flame that led to a massive power outage that affected everything from traffic lights to businesses, even homes on the city's southside.

Thousands of customers were left in the dark. The outage was reported as one of the most significant power outages in Corpus Christi since Hurricane Harvey in 2017.

"Immediately safety was our first priority," AEP Texas spokesperson Omar Lopez said. "We needed to make sure no one was inside the substation."

AEP Texas crews were brought in to make repairs as they worked tirelessly into the night to get electricity back. Now that power has been restored, they said they will turn their attention toward the cause of the fire.

"At this point, we can determine it was some sort of mechanical failure. We are just not sure what happened. There is extensive damage within the substation," Lopez said.

According to Lopez, the investigation could take days.

On Thursday morning, crews loaded the heavy equipment damaged by the fire onto the back of a trailer for inspection.

"There were a few pieces of equipment inside the substation. It wasn't isolated. Our crews will investigate over the next couple of days to get a handle on what exactly was destroyed with the fire and what caused the fire," Lopez said.

Lopez said determining the cause will help make sure something like this doesn't happen again.

"Substations are unique pieces of equipment. They are dated. They are very dangerous," Lopez said. "There is high voltage. I think everyone saw yesterday what can happen in the event of a fire. A lot of things can trigger some sort of failure -- animal, tree limb, weather -- we don't know what caused this. We did see the after effects, what happens inside a substation, which is why we ask the public to stay away from substations. They are gated for a reason."

When 3News asked Lopez if the heat could have had an impact, he said the power grid is made to handle the extreme heat outdoors, which is why they don't see as many power outages during the summer as they do in the winter.