Most of the homes in Precinct 3 have flooded septic systems. Many residents have not had running water for over a week. 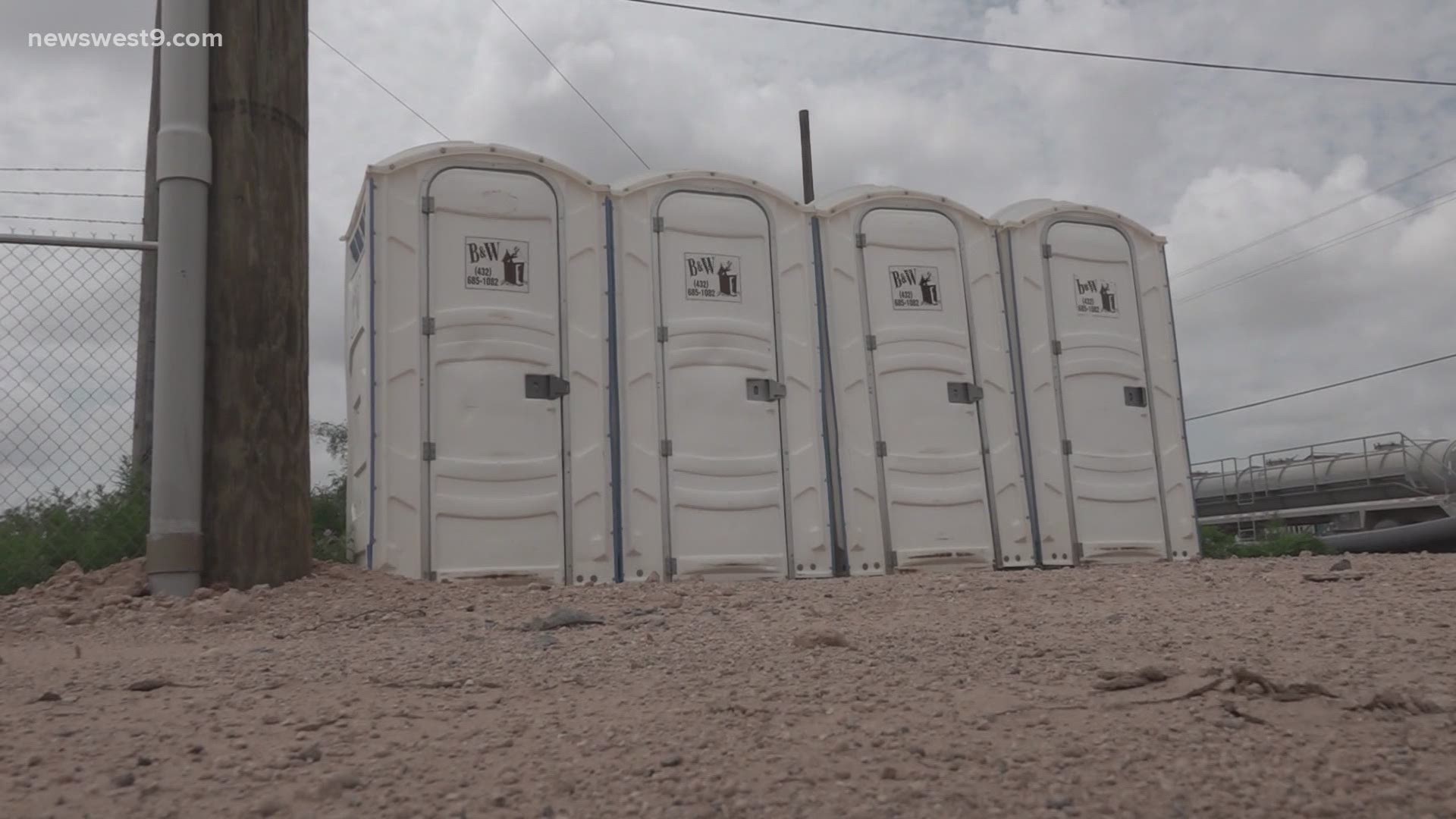 But now the focus has shifted to the health concerns like more bugs, flooded septic systems and debris.

“You’ve got folks living out there that even though the runoff water has stopped, they still have water on their property," Terry Johnson, Midland County Judge, said.

The county has also moved in porta-potties for those in Precinct 3.

Why? Many of the homes run on a septic system but the flooding has caused the system to overflow.

I talked with a few residents who tell me they have been using a bucket to go to the restroom the past week.

DISASTER DECLARATION EXTENDED: Midland Co. commissioners are extending the declaration of disaster for another month...

"They have flooded septic systems and can’t use their facilities there at their house," Johnson said. "So we have done what we can and set out porta-potties in strategic areas.”

The porta-potties were moved in over the weekend, along with equipment to pump the standing water in Precinct 3 out.

“We got Rain For Rent to pump the water out of the area and it has been very helpful," Louis Sanchez, Midland Co. Commissioner Precinct 3, said.

As for where that water is going?

PUMPING FLOOD WATER OUT: Midland Co. has started to pump some of the floodwater in precinct 3 out of the area. Commissioner Louis Sanchez tells me, the water is being pushed east into the natural flood plain. @newswest9 pic.twitter.com/AnW89Ukaze

“All we’re doing is following the flood plain. It’s going from west to east. We are not sending the water somewhere it’s not supposed to go," Sanchez said.  "We are just pushing the water along a bit because it is a lot of water.”

While floodwater moves out of the area, the county is moving bottled water in.

“They have water wells that probably aren’t available for use so we are delivering cases of bottled water for folks," Johnson said.

The county is also extending the Declaration of Disaster.

That way the state is readily available to move resources into the county.

“There’s a lot of people who have been suffering unbelievable issues because of this," Johnson said. "The Salivation Army has kicked in and local churches, we have deplored the state to please come and assess the situation and alleviate any inconvenience these folks are having to deal with.”

The commissioners tell NewsWest 9 they will continue to pump the water out of here the rest of this week.

As for the porta-potties? They are not going anywhere, anytime soon.

Commissioners plan on keeping the porta-potties out for as long as they are needed.

If anyone has any flood-related concerns, reach out to your county commissioner.  Their contact information can be found here.