Police said the incident happened in a wooded area between Cobblestone and Cedar Elm Trail. 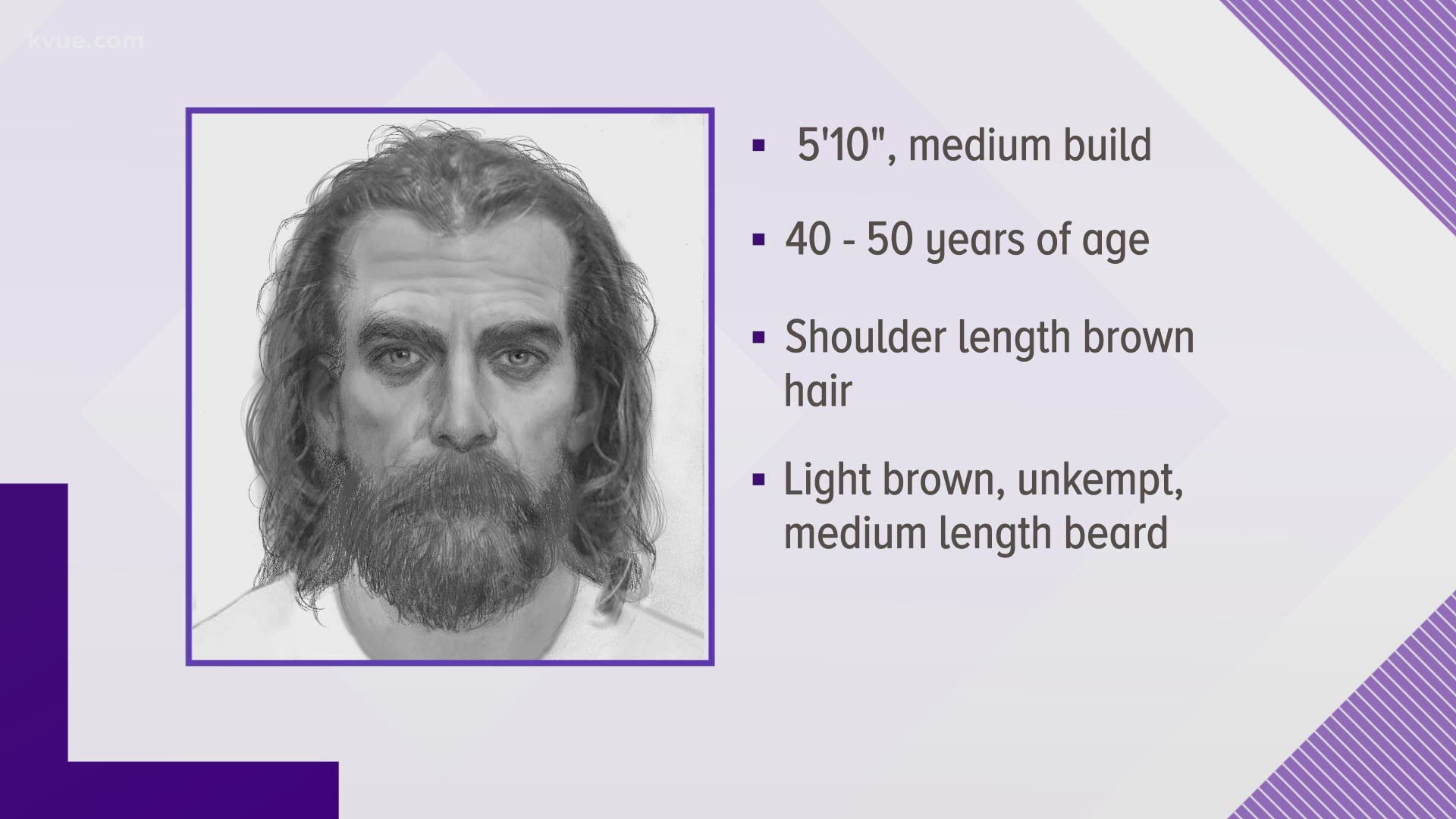 AUSTIN, Texas — The Austin Police Department is seeking the public's help in identifying a suspect after an attempted kidnapping in southwest Austin.

Police said the incident happened on June 20 around 8 p.m. in a wooded area between Cobblestone and Cedar Elm trail.

The victim was walking along a trail near her residence when the man emerged from the woods and attempted to pull her away from the trail. Police said she fought back and was able to free herself.

The suspect was described as a white male in his 40s or 50s, approximately 5 feet, 10 inches tall with a medium build. He had shoulder-length, brown hair and an unkempt, medium-length beard. The woman said the man had "very blue" eyes, wrinkles on his face and a sunburn on his skin. She also said he was wearing a dirty white shirt and pants, and smelled of alcohol and body odor.

Anyone with more information is asked to contact police.