During a planning and zoning meeting, the commissioners discussed moving forward on plans for the golf course. 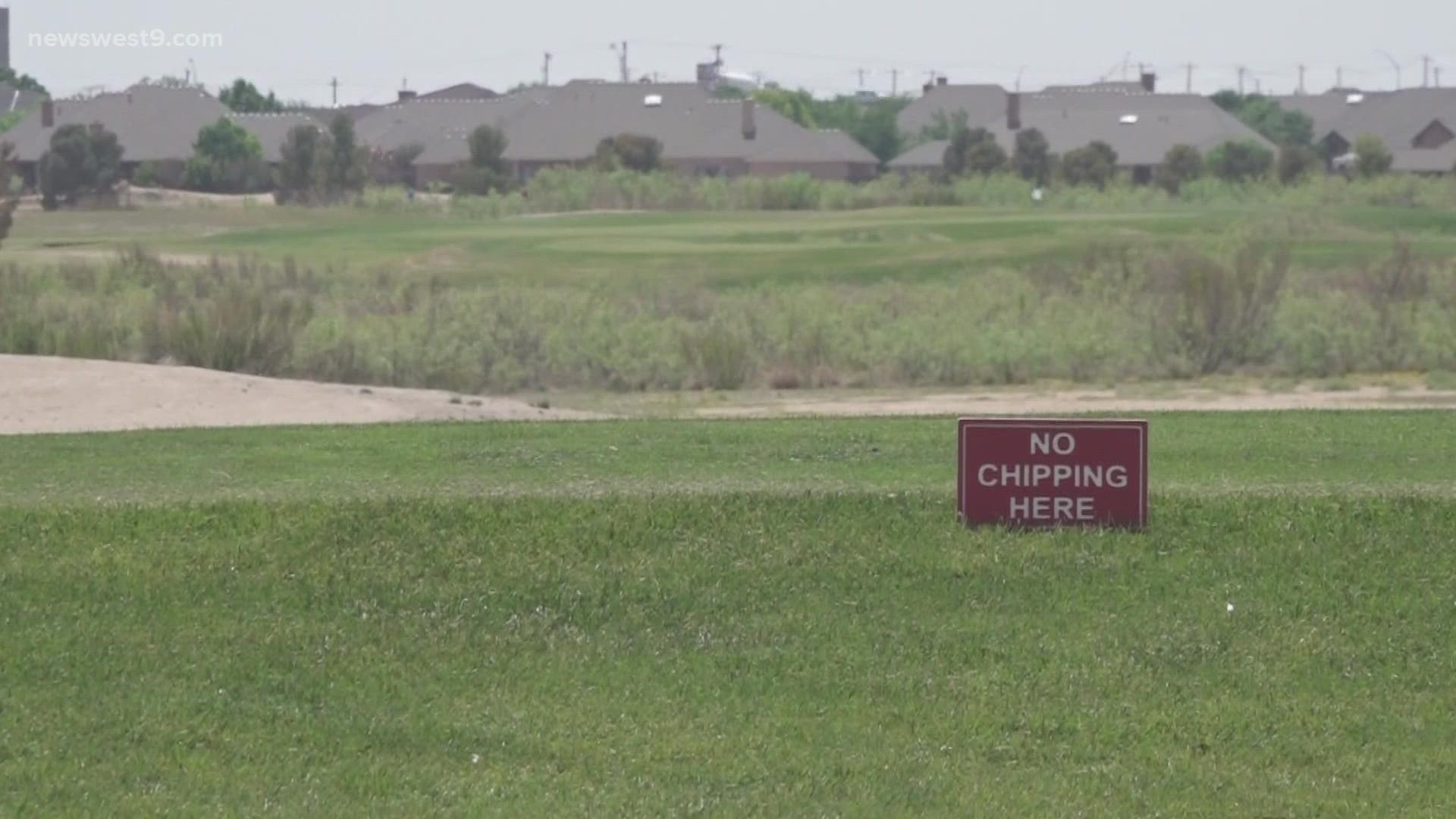 MIDLAND, Texas — Nueva Vista Golf Course has been a big talking point for many Midlanders over the last several months. Many people in the city and in Grassland Estates are looking to save the golf course from being turned into lots of housing.

The Midland Planning and Zoning Commission voted on a zone change for the golf course, going from an agricultural estate to a planned development district.

It was a decision that many Midland residents in attendance were not happy to see.

"The developer wants the golf course to be shut down. He wants to put 620 homes out there. That’s a ton of homes on a small area. We’re not happy with this, but the planning and zoning is just a an advisory board to the city council staff," Autumn Winkles, a Grassland Estates resident, said.

Many people that attended the meeting had several concerns about the proposed development and exhibit shown. One of the biggest concerns involved drainage.

With some of the last big rain Midland received, flooding was an issue in areas near the golf course, and residents are concerned that the proposed development could cause more issues.

However, Winkles believes that if the golf course was turned into a green space and done properly that Midland could have a green space that rivals some of the bigger cities in Texas with green spaces.

"There are so many Texas cities that have multi-functional green spaces. Golf courses with walking pads, fishing docks, kayak areas, and butterfly gardens. There’s no reason that Midland couldn’t have the same things, and not just one but several," Winkles said.

However, even though the planning and zoning commission did vote on the issue, the fate of the golf course isn't set in stone. City council will still take up the matter again in November.