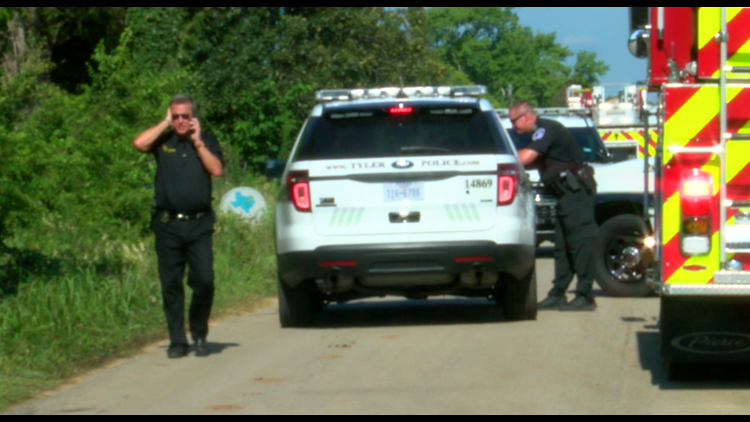 Plane crash in Tyler kills 2, plane was headed to Midland

An East Texas pastor and another person died in a plane crash near the Tyler Pounds Regional Airport on Thursday. Raycom Media affiliate, KTLV, has learned that the plane was heading to Midland this morning.
Author:
Published: 7:09 PM CDT July 13, 2017
Updated: 9:57 AM CDT August 10, 2018
Trevor Morris (Source: KLTV File Photo)

(KWES/KLTV) - An East Texas pastor and another person died in a plane crash near the Tyler Pounds Regional Airport on Thursday.

Raycom Media affiliate, KLTV, has learned that the plane was heading to Midland this morning.

On Thursday afternoon, a family member confirmed to KLTV that Trevor Morris was killed in the crash. KLTV is reporting that Morris is a pastor at Union Hill Baptist Church in Brownsboro.  He has five children. Morris was also the vice president at Burton Oil Service Operations.

We're told the second person on board the plane has not yet been identified.

City officials told KLTV the Piper PA-31, private twin-engine plane, went down as it was leaving the airport Thursday morning just after 8 a.m. Initially, officers worked to pinpoint the location of the crash.

KLTV reported that there was an intense smell of fumes when officials arrived on scene however no flames were present and the plane was never on fire. Smith County Sheriff's Department, ETMC Air One, and Tyler Fire crews are assisting. The plane reportedly went down near a quarter-mile south end of the airport.

Smith County Sheriff's Officials told KLTV the aircraft was seen going down from the control tower at the airport.

KLTV is told that local crews are handling the emergency response and the FAA will handle the official investigation into what led to the crash. The NTSB has confirmed to KLTV that they are now investigating the crash.

According to Flightaware.com, the plane had made several trips from Midland Airpark to Tyler Pounds Regional Airport and back over the past two to three weeks.