The Congress members came out to Ally Outdoors Thursday for the event. 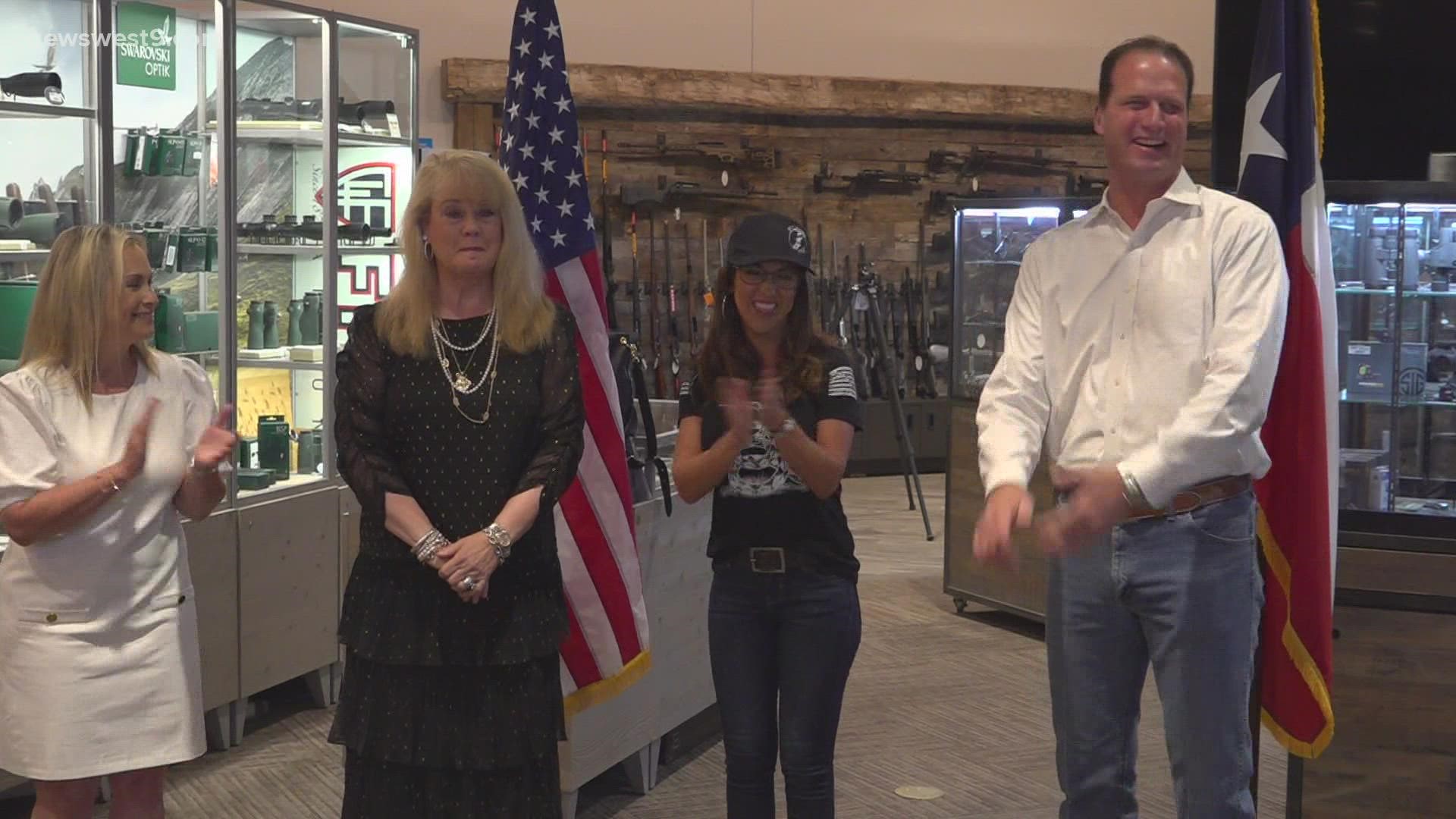 MIDLAND, Texas — August Pfluger was in Midland Thursday for a Second Amendment rally.

Pfluger cohosted with Lauren Boebert, who is a fellow member of Congress representing Colorado.

"I promise these new Americans, as their congresswoman, I would fight to keep them free. That is the proper role of government-to secure their rights," Boebert said during the rally.

Congressman Pfluger said rallies like this are necessary because legislation being passed and presented in Washington presents a threat to the Second Amendment.