What Texas redistricting could mean for the Permian Basin

"Our area grew a lot. That helped us in this process," James Beauchamp, MOTRAN president said. 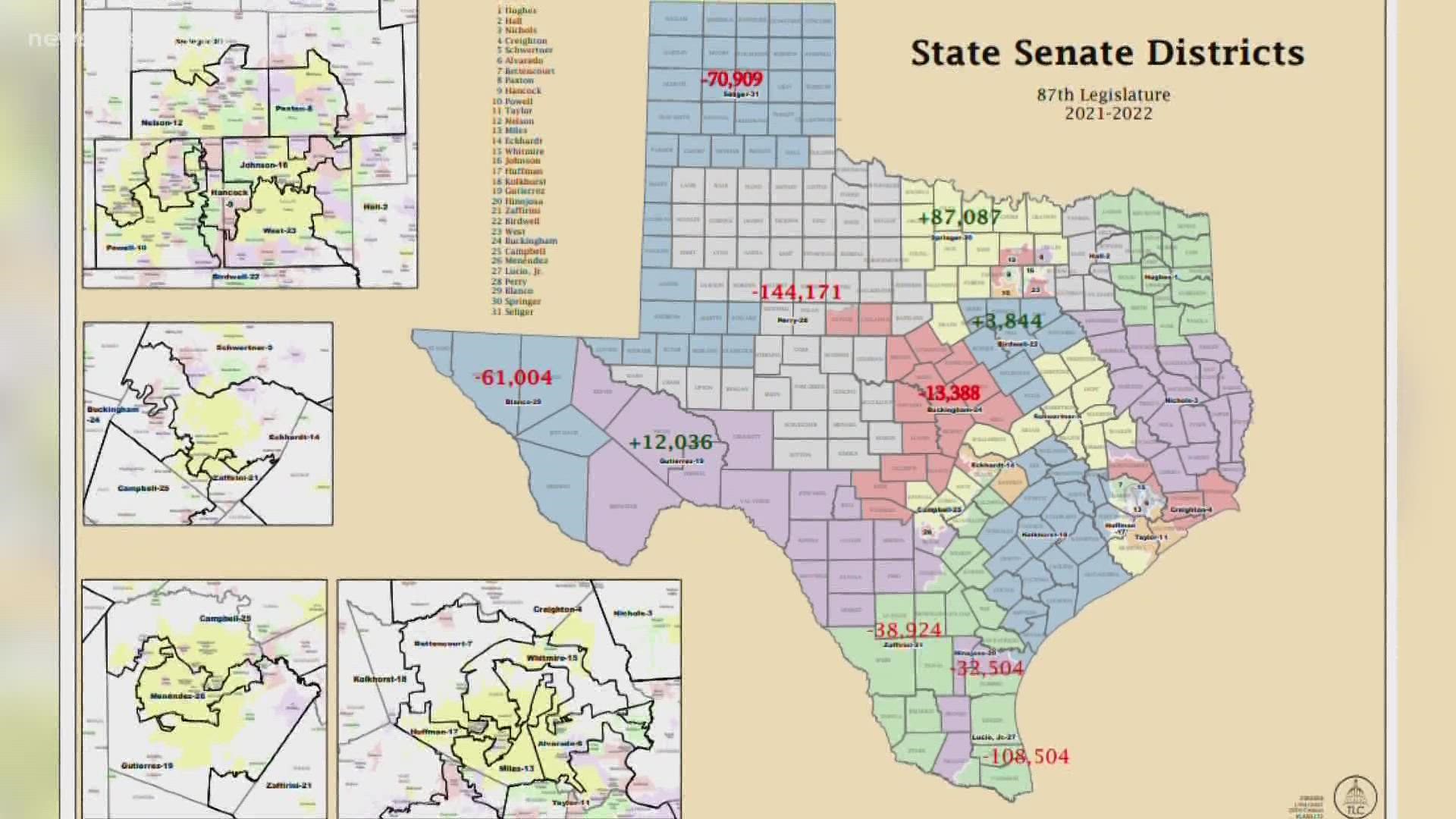 MIDLAND, Texas — Special session three for Texas. With redistricting in the plans, a lot of change could be coming thanks to new cenus data.

"El Paso, going down through the valley all those are short and those new senate districts will actually be about 200,000 people larger than a congressional district," James Beauchamp, MOTRAN president said.

Some proposals are looking at doing away with the Abilene district and lumping it in with Lubbock.

This would then change our current district to run from the top of the state all the way down past I-10.

A big change before they even start drawing the lines is new representation.

"Because of reapportionment, the state will get two new congressional seats and so they'll have to draw those congressional seats in somewhere and depending on where they draw them in, that effects all the other pieces of the map. It's like dominos falling down," Beauchamp said.

Beauchamp says he hopes our representation grows, just like the population did over the last ten years.

"Our area grew a lot. That helped us in this process, but if you didn't grow at or above the overall state average, you're likely to see a district getting bigger or your representation getting a little bit thinner," Beauchamp said.

So why does it matter?

Because the status of our jobs, our economy, our livelihood is in the hands of who we're represented by and it'll be set in stone for the next 10 years.

Come next November, many of us will be voting in a new district.

"When you've got four people out of 150 representing 80% of the oil production in the state, essentially well over 10% of state revenues, it's a very small piece and so you want to guard and make sure that you certainly don't walk away with any less than you already have," Beauchamp said.