Everyone had their own reason for choosing to support, but they all wanted the same thing- justice for Vanessa and for more safety those in the armed forces 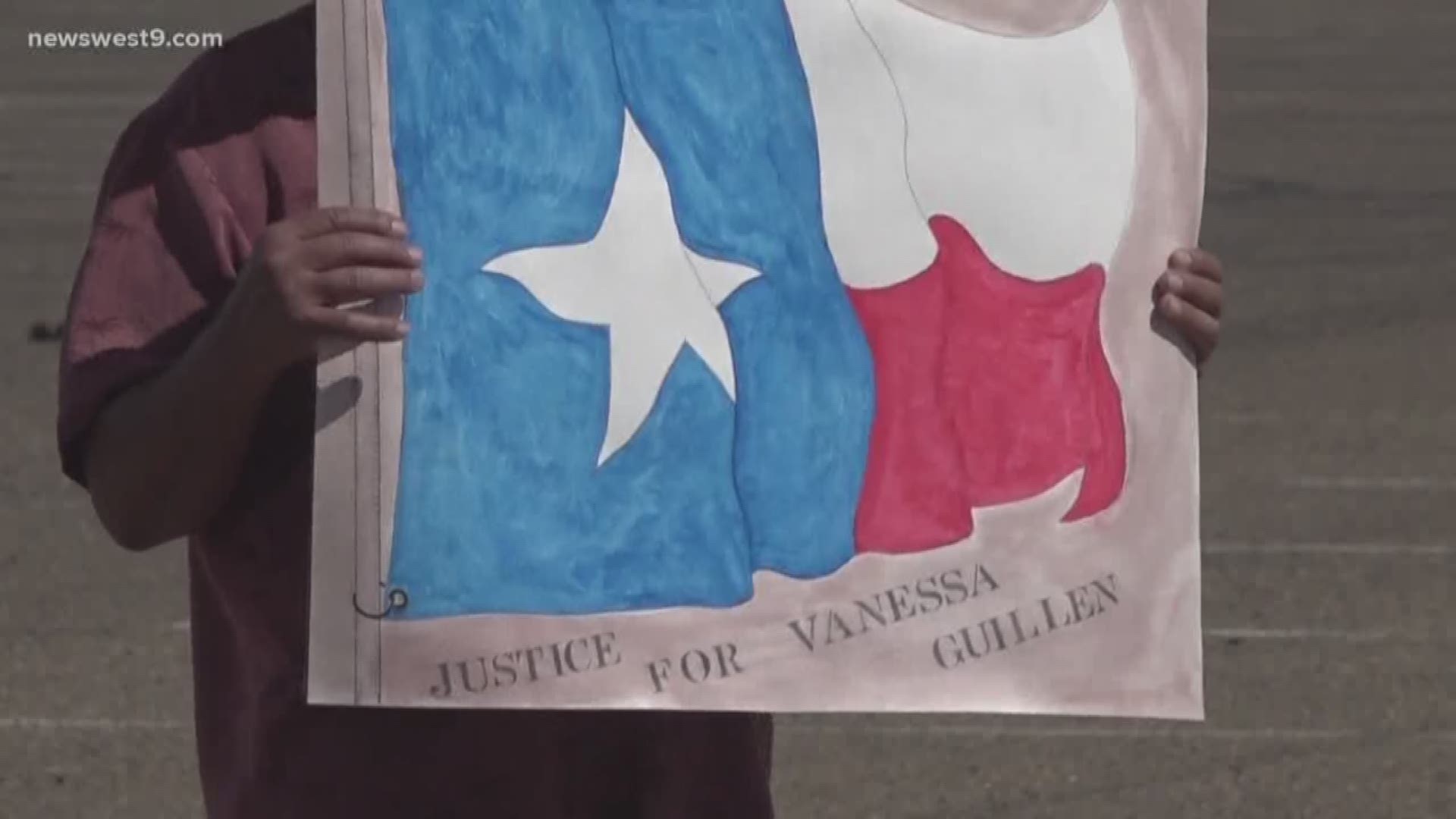 ODESSA, Texas — Like in many cities across Texas in recent weeks, demonstrators gathered at the Ector County Coliseum in Odessa to show support for a soldier and her family.

Vanessa Guillen was a soldier stationed at the Texas base Fort Hood.

Guillen was missing for more than 2 months before her remains were found, causing people to speak up and share their own stories of sexual abuse in the military around the country.

West Texans stood with signs in the parking lot for nearly two hours.

"It's bad enough that they're not guaranteed to come back after war but they should be safe in their own country and their own base," said Lorenzo Hidlago, one of the organizers of the demonstration.

The demonstration was organized by parents who have children in the military. The mom noted that she can relate to Guillen's mom.

"Most of my children are in the military and as a mom of two females it's important for to say that no woman should be sexually harassed," said Angelica Hidalgo Ybarra, another organizer of the demonstration.

Everyone had their own reason for choosing to support, but they all wanted the same thing- justice for Vanessa and for more safety those in the armed forces.

"Vanessa's fight is our fight, we need to feel that our female soldiers are safe in the military," said Cynthia Salinas at the demonstration.

If you would like to show your support there is a memorial service planned for Guillen at the American Legion at 2 p.m. on July 19 that is being put together by some local female veterans.

MORE ON THE VANESSA GUILLEN STORY:

Vanessa Guillen's sister: 'I do feel like there’s so much more to the story. Everyone in her chain of command is responsible'