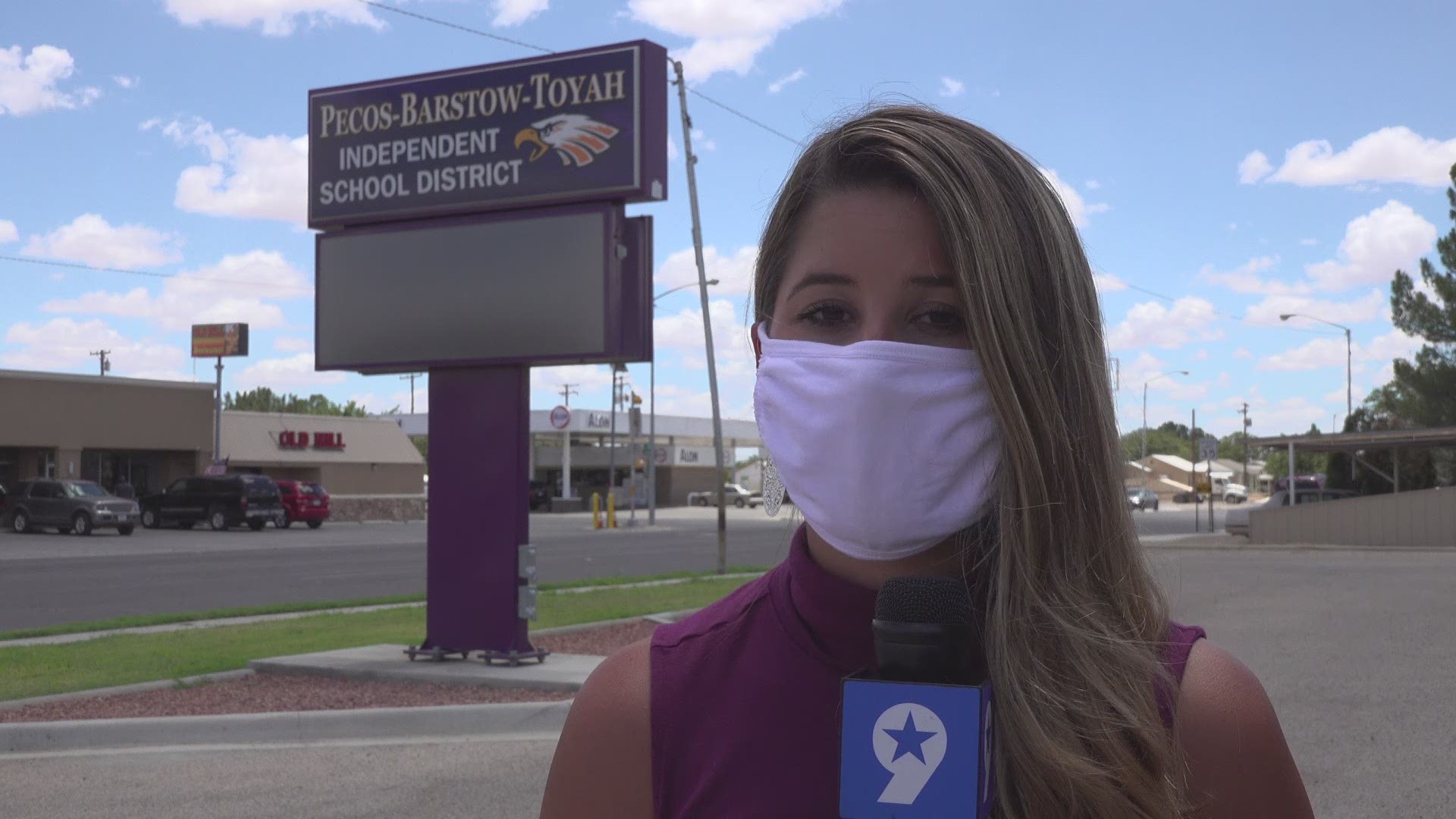 PECOS, Texas — After four superintendents here at Pecos Barstow Toyah ISD in the last academic year, one is here to stay and is ready to make some changes.

Stability is what PBTISD is looking for.

They're hoping to get it now that Brent Jaco is hired and named superintendent as of last week.

With this hiring, the district is also getting experience - Jaco has been working in education for over 21 years.

He's worked at the Naval Academy prep school in Rhode Island, Brazosport ISD outside of Houston, Galveston ISD, and the Texas Association of Secondary Principals.

"I studied the [district] and recognized some of the challenges that they had been facing and thought that some of that spoke really well with my background," Jaco said.

In the past, Jaco has also helped schools pass bond elections, re-kindle relationships with the community, and improve academically.

A few campuses at PBTISD have been targeted as improvement campuses by TEA and he's excited to get to work.

He says he'll start by thoroughly reviewing the district's 167+ board policies.

"We want to make sure that our students know what the playing field is with regards to GPA, what they need to do to be successful in school and to achieve their hopes and dreams," Jaco said.

And although Jaco wasn't present for the Valedictorian controversy last month, he says he's taking full responsibility to make sure everyone is following the rules.

ECISD Board of Trustees to start selection process for seat 4

Teachers hope school, state officials listen to concerns on returning to the classroom