Partnership between Midland, Pioneer a 'win-win' for West Texas water

The City of Midland and Pioneer Natural Resources celebrated the completion of renovations to the city's water reclamation facility Tuesday. 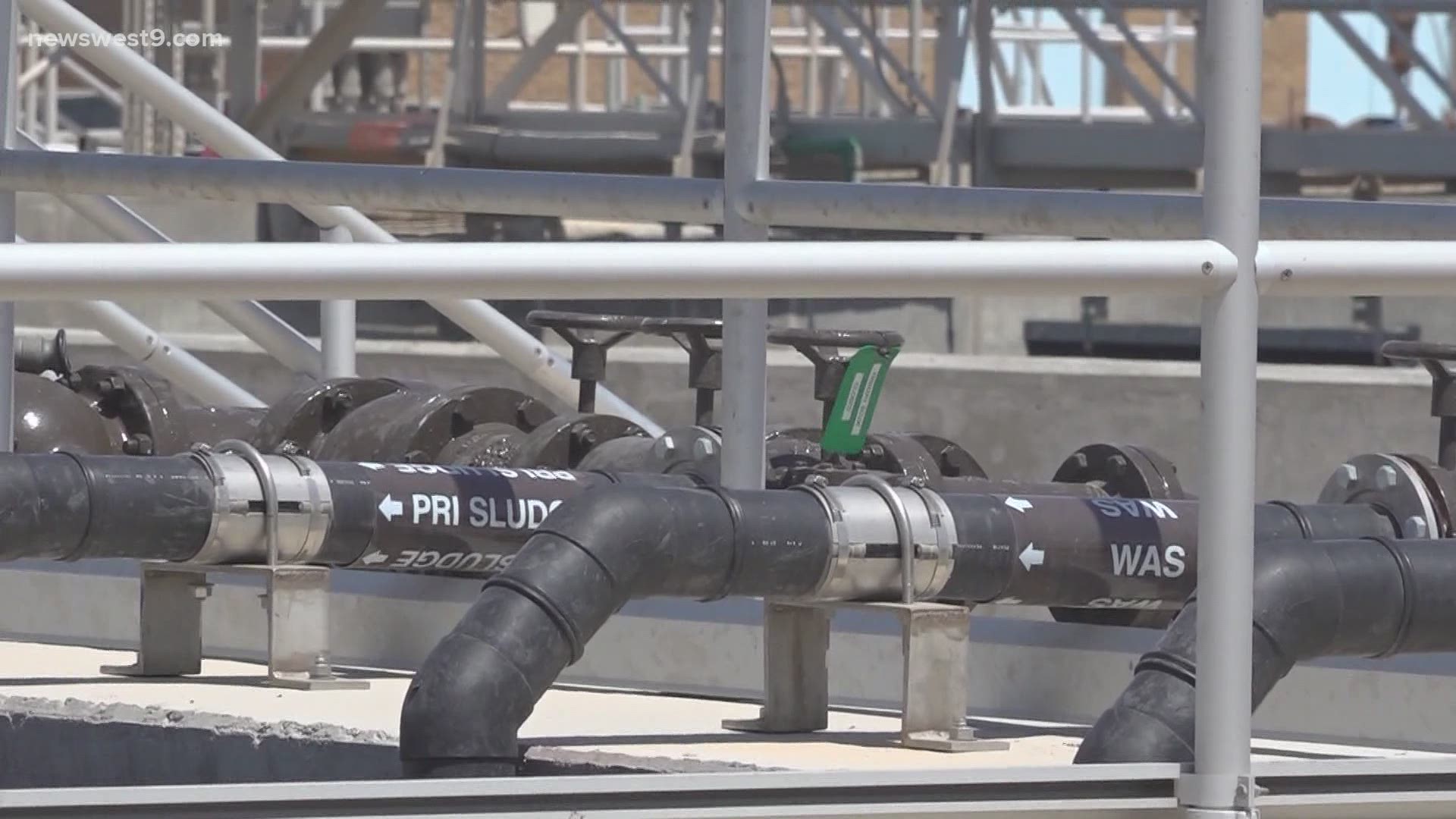 MIDLAND, Texas — It was a big day for the City of Midland and Pioneer Natural Resources. On Tuesday, they held a ribbon cutting to signify the completion of the city's water reclamation facility.

A lot of time, work and money have gone into this project. About eight years and about $134 million, to be more precise.

This means that the City of Midland will essentially be providing water to the fracking sites around the Permian Basin, as opposed to using up fresh groundwater from the smaller surrounding areas.

It's a partnership centered on collaboration. With the goal of getting the job done, while conserving water, the Permian Basin's most precious commodity.

"It was a win-win opportunity for both the citizens of Midland and Pioneer, and it also allows us to start acquiring water from the city," Mark Berg, the executive vice president of corporate operations for Pioneer Natural Resources, said. "From this facility, we'll produce around 250,000 barrels per day of water, and we can use that in our completions and fracking activities."

Using reclaimed water from the city of Midland means Pioneer will now move away from using fresh groundwater.

"One of our concerns was over time to limit our use of freshwater because it’s important to the communities for farming and ranching and because of the limited availability of freshwater, and so that’s why they seem like the perfect solution for us to move away from freshwater," Berg said.

A concern that many Midland residents may have upon hearing this news is how would it affect them as a taxpayer. In short, this project shouldn't affect you.

"Pioneer will actually be buying the water from the city of Midland for a cost that offsets our operation and maintenance of the new facility," Carl Craigo, Midland Utilities Director, said. "So everything, all the extra electricity, all the extra work that needs to be done, we figured out a good price for those 28 years so that they're paying the offset instead of it having to go to taxpayers."

The facility will serve both the city and Pioneer. There will be a pipeline dedicated to pumping water out for the oil and gas giant and another solely for the city's use.

"It’s a totally separate pipeline," Cory Moose, Assistant Utilities Director said. "We’re not using any of the same pipelines we used to convey raw water or treated water for the city. So they have their own purple pipeline that’s gonna be used to transport their water."

The contract between the city and Pioneer Natural Resources is set to run for the next 28 years and possibly be extended for 48 years.