Signs discouraging public from donating to pandhandlers popping up in Midland

Recently, signs encouraging people to donate to local charities instead of to panhandlers have been appearing all over the city. 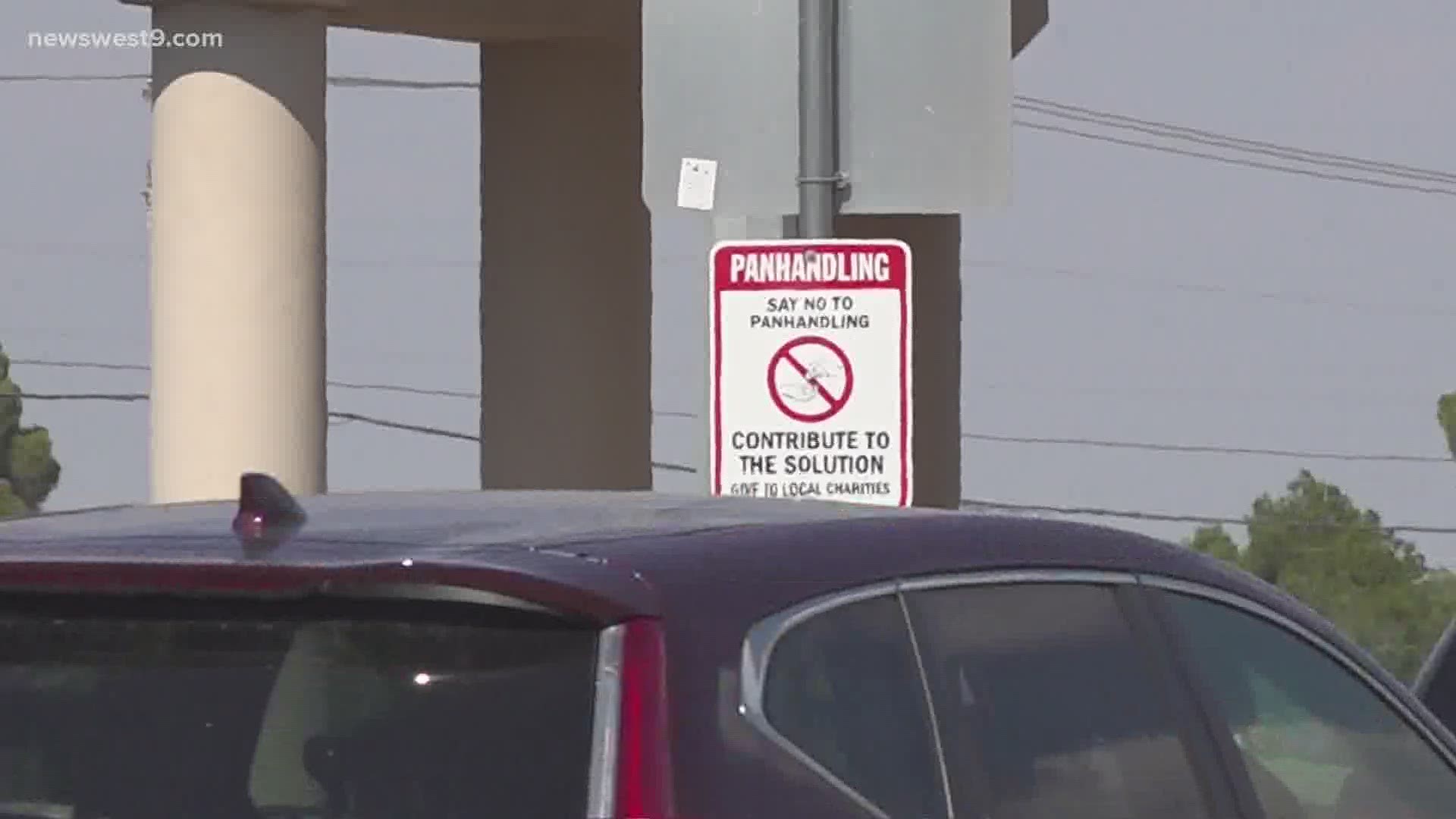 MIDLAND, Texas — "Say no to panhandling." "Contribute to the solution." "Give to local charities." Those are the three phrases appearing on new signs throughout Midland.

While the city has no official policy on the legality of panhandling, some people are questioning why the city put up the signs in the first place.

"When I see a sign or hear about a sign like that you know I just kind of think about what are the motivations for it, you know, what’s the goal for the sign? Are we just trying to get people off the corner, are we actually trying to divert money to local charities, or what’s the purpose for it?" said John Mark Echols, the Field's Edge CEO.

Echols doesn't believe that these signs are going to solve any problems that panhandling may present.

"I understand that the need to address things and to try to do something about it. Any issues about people getting blocked or harassed in any kind of way, yeah I just I’m not quite sure that a sign is the answer to that," Echols said.

However, there some Midland residents that believe the signs can be beneficial and will help the city look better and create a safer environment.

While these signs could potentially be considered controversial, Popoola hopes that people see these signs as a good thing to help make the city secure.

"I hope people take it positively instead of bringing negativity about it because it’s not just for us as a community like that we have our homes or where we live, it’s for everyone, for them that are begging in the street you know," Popoola said.

The City of Midland said that the reason for putting up the signs in the first place is because they have received several calls about the number of panhandlers at major intersections, and the hope these signs deter panhandling in the city.