"It's like a white water river coming through here," described Candee Carlson. 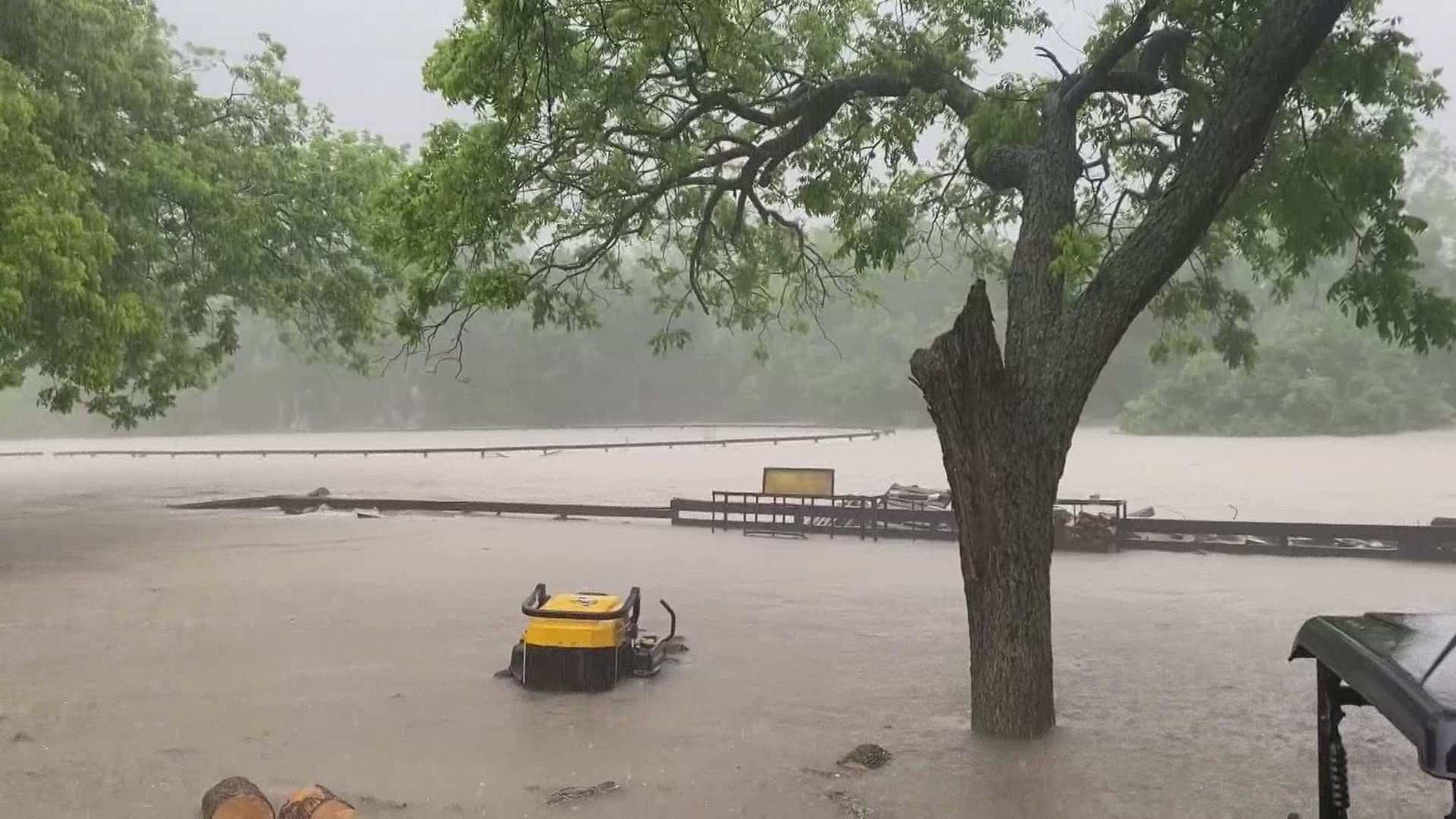 PLANO, Texas — Candee Carlson has experienced flooding at her East Plano property before, but nothing like what she's experiencing right now.

Carlson is the owner of Mill-Again Stables and she has 57 horses on her farm.

On Sunday, Plano saw 4.6 inches of rain in a relatively short span.

"It's like a white water river coming through here," said Carlson.

The downpour was significant enough, but when you combine that with the overflowing Rowlett Creek behind the property, it made for a really messy situation. There was up to a foot and a half of water in Carlson's barn. Her horse stalls had standing water inside.

"No person and no horses got hurt, most importantly," said one woman, who came to help with cleanup.

Carlson told WFAA that all the bedding had to be thrown out because they were soaked by "dirty creek water." Her miniature horses saw water up to the bottom of their necks.

"It's paralyzing. It'd be like watching your children struggling in deep water," said Carlson.

The arena is also a mess. There are fans going non-stop to dry out the mud inside. Carlson said it is very likely all of underlying footing material will need to be replaced.

Carlson's stables has flooded before, but the water has never gotten into the barn.

If there is any positive in what happened on the East Plano farm it is the generosity of people. Over the last two days, more than 50 volunteers have come forward to clear up the debris and dry things out.

When WFAA was on the property there was a student, who normally gets her riding lessons, taking a horse out for a walk for some exercise.

There were also pallets of shavings or horse bedding donated by people in the horse community.

A funding site has been created to help Carlson with the daunting amount of costs to repair the stables.