She gave him her kidney so he could live. They shared their story of faith on Easter Sunday

It's been five weeks since the surgery at Piedmont Hospital, but the story isn't over yet. 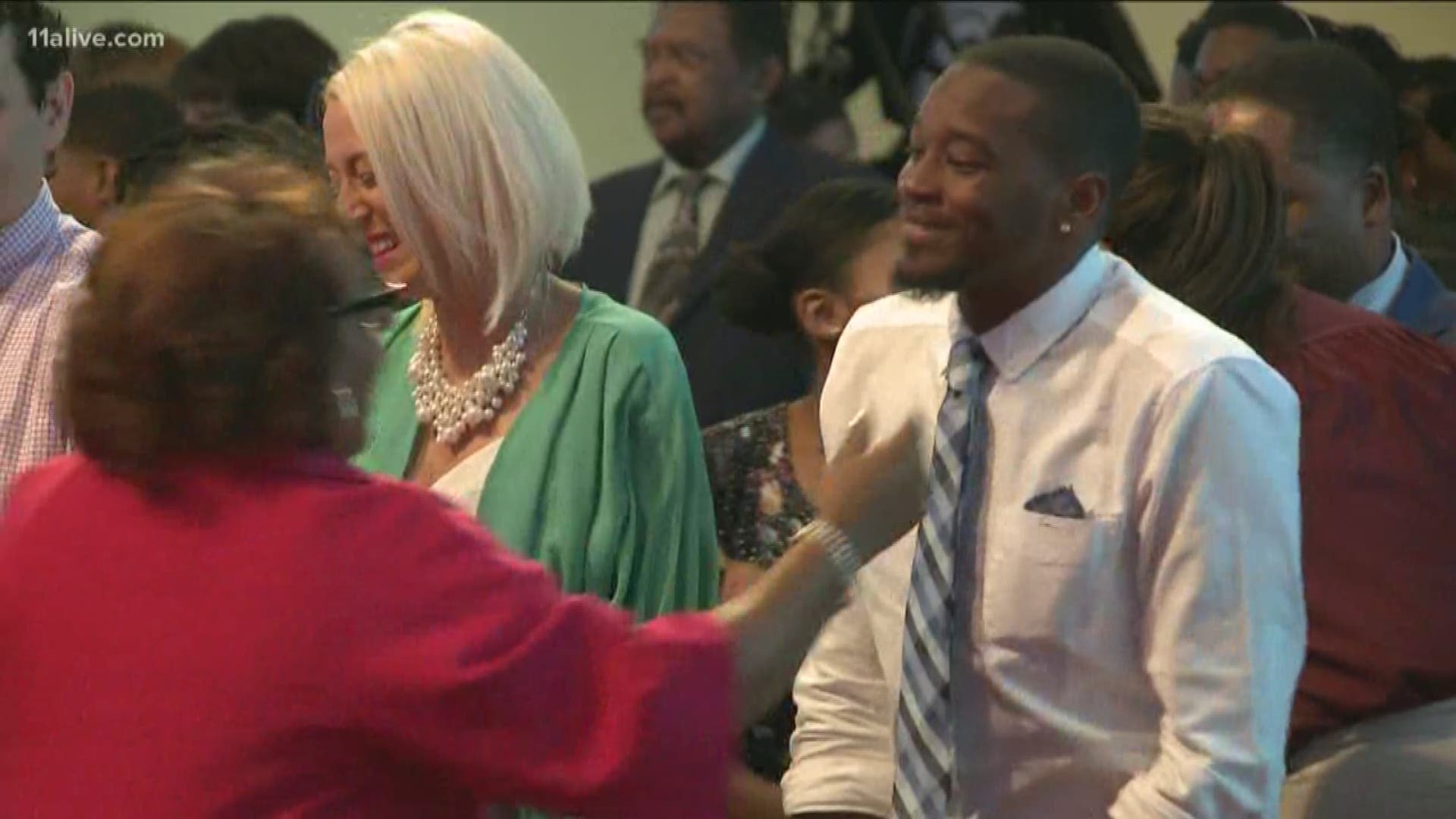 A 25-year-old Carrollton gymnastics coach got his life back after a stranger read about his story on social media.

Dante Sipp and his kidney donor, Lauren Larrison, are no longer strangers. The two have an inseparable bond, and they are sharing their story with others.

Dante’s journey started long before his kidney transplant. The college student and coach underwent dialysis three days a week for the last eight years for kidney failure. But thanks to Lauren, his life turned around.

RELATED: 'I got my life back' | Carrollton coach’s future wide open after successful kidney transplant

RELATED: She knew before she met him that she was meant to save his life

It's been five weeks since the surgery at Piedmont Hospital, but their story isn't over yet. They are spreading awareness for people looking for transplants who need help. On Sunday, Lauren and her family spent Easter at Dante's church, Word of Faith Love Center in East Point.

“You are looking at a miracle.” Dr. Reginald Garmon pointed to Dante in the pew. Next to him, was Lauren.

When Lauren heard about Dante's story, she said she felt God prompt her to help him.

“I knew right then and there that He was asking me to do this.”

Doctors would later confirm what she knew: she was a perfect medical match.

At church, Lauren encouraged the congregation to look for ways to walk out their faith, to love one another in our actions. She did that and said nothing is more fulfilling.

"Let’s not just be the people who raise our hands in praise, let’s show our compassion. Let’s get out there and walk it out," she said.

For the first time since he was diagnosed with kidney disease at age 17, Dante doesn’t have to worry so much about his health or his future. He has recovered remarkably from the transplant. Dante went on a two-mile run the day before the Easter Church Service.

1 / 10
WXIA / Century 21 Novus
Dante Sipp, a beloved gymnastics coach in Carrollton, is in need of a kidney transplant. His students and friends are asking people to get tested to see if they are a match.

MORE STORIES ABOUT LAUREN AND DANTE: