“Why do you not make girl army men? My friend’s mom is in the army too,” 6-year-old Vivian said, reading her letter aloud, not holding back. 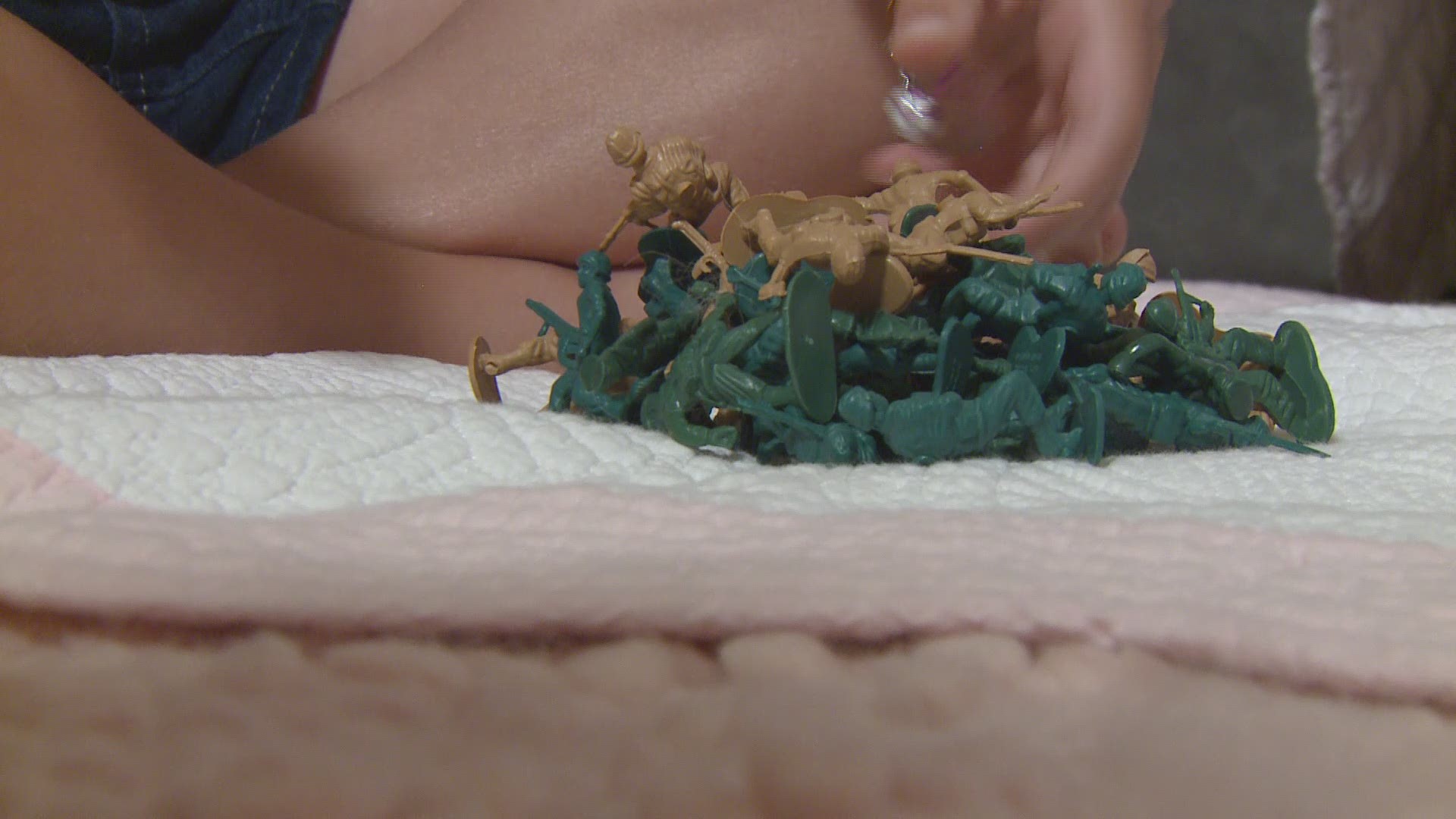 It doesn’t mean it’s always right. Sometimes we need a new set of eyes to bring a new perspective.

Luckily, a little girl right here in Arkansas has a very important lesson for us all.

6-year-old Vivian Lord is your typical kid— playing good guys versus villains by day and changing the world by night.

She’s only six, but she insists that just because things have always been done this way, doesn’t mean it’s right.

RELATED: Is it legal for police to stop traffic in front of churches? | 11 Listens

Her mom, Brittany Lord, claims she was embarrassed when she first heard her daughter bring it up. "Honestly, I had never thought of it."

The disheartening discovery sparked a conversation between Vivian and her mom.

So, Vivian wrote a letter.

“Why do you not make girl army men? My friend’s mom is in the army too,” Vivian said, reading her letter aloud, not holding back.

“I saw the pink ones but those aren’t girls and people in the army don’t wear pink.”

Don’t be fooled by her size, she’s wise beyond her years.

With Jackson on board, she mailed off her letters to two toy companies that make toy soldiers.

RELATED: What options do you have when Medicaid denies your dental implants? | 11 Listens

"I reached out to them. Calls to the one in Jacksonville, Florida haven’t been returned. But I spoke with the president of J Lloyd International in Cedar Rapids, Iowa. He told me plans of female army figures in the future have actually been discussed, they just have to figure out a way to get retailers to support," Lord said.

“So often our kids are the ones that teach us, and this was one of those moments.”

A childhood lesson in determination.

“I think she is gonna make girl army men an actual toy that grown-ups could learn a lot from," Jackson said. "And it’s gonna change other people’s perspective.”

While researching for this story, we learned of a company called BMC Toys that realized there are a lot of people out there looking for toy army women.

They say they now conducting research and coming up with concept sketches.

When you have a question about something where you live, we want to hear from you. Just E-mail us at 11listens@thv11.com or reach out to Marlisa Goldsmith on Facebook or Twitter.