O'Rourke visited Fort Stockton to discuss some of the challenges health care officials face in the area. 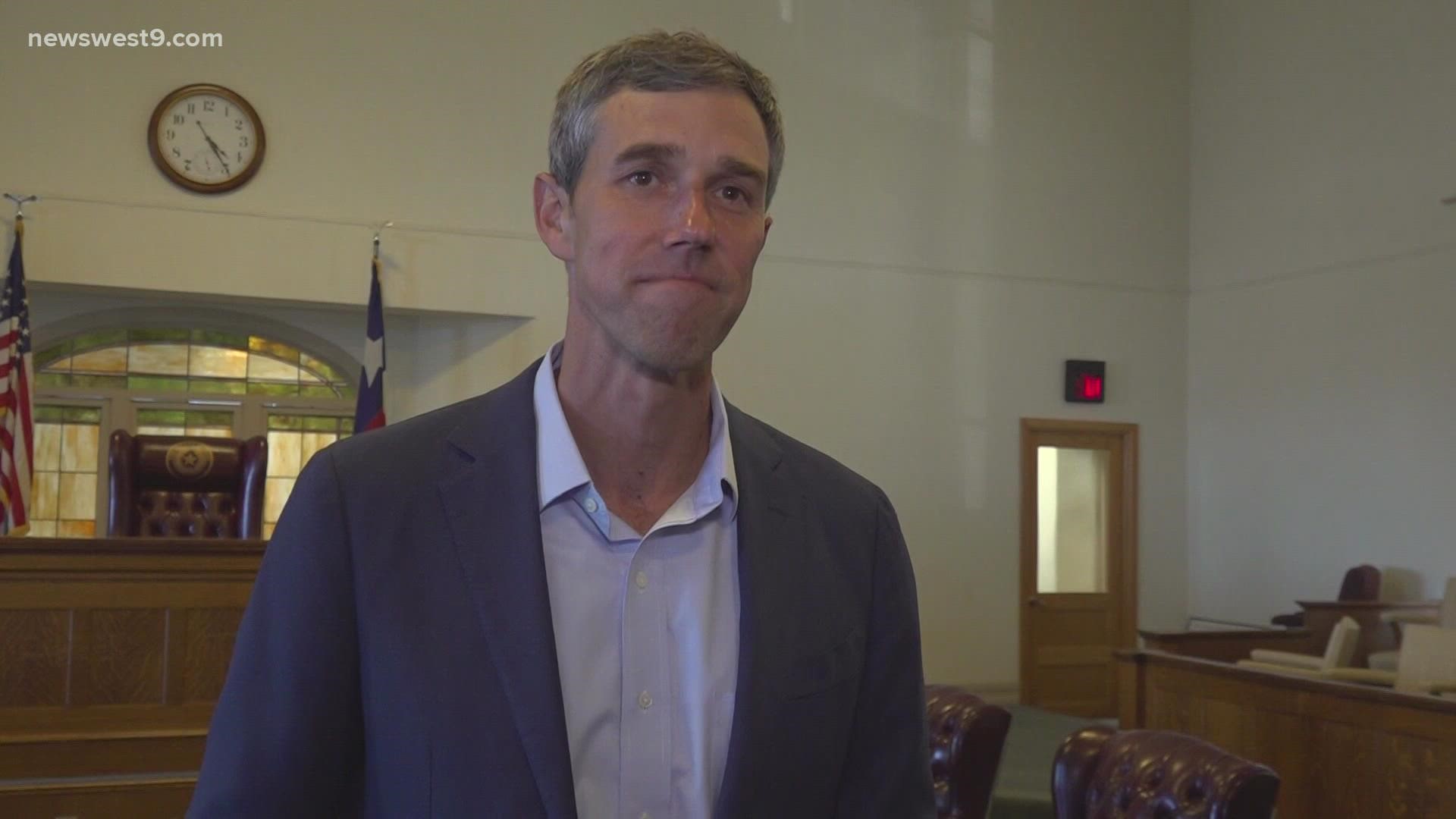 FORT STOCKTON, Texas — Beto O'Rourke officially announced his candidacy for Texas governor Monday. On the same day, he visited Fort Stockton to talk about some of the health care issues in rural west Texas and how they can be improved.

One of the big topics centered on expanding Medicaid in Texas. He believes we can get better quality care by expanding it.

"Part of that is going to involve expanding Medicaid in the state of Texas, especially at a time where the federal government is willing to pay 95 cents on the dollar for Medicaid coverage in communities like Fort Stockton," O'Rourke said.

According to O'Rourke, expanding Medicaid is an issue that people on both sides of the aisle support.

"Texas needs to make the right decision by expanding Medicaid," O'Rourke said. "It’s something that people in both parties agree on by and large, and we need to make sure that we’re helping communities that are so often overlooked and have so much to offer to the rest of the state."

O'Rourke believes that a significant amount of money has gone unused, money that would help bring more health care to rural west Texas.

"Texas has left $100 billion on the table, federal money that could've come into the state, and not only would it have attracted and paid for more doctors and providers, not only would more people have been able to get care, but it would've reduced pressure on local property taxpayers," O'Rourke said.

O'Rourke believes that now is the right time to expand Medicaid in Texas.

"We are the least insured state in America right now," O'Rourke said. "There’s no time like the present to do the right thing, and it is my sincere hope that Texas will. And it’s part of the reason why I’m running for governor. I wanna make sure that we make the right decisions for everyone, and expanding Medicaid is an example of that."