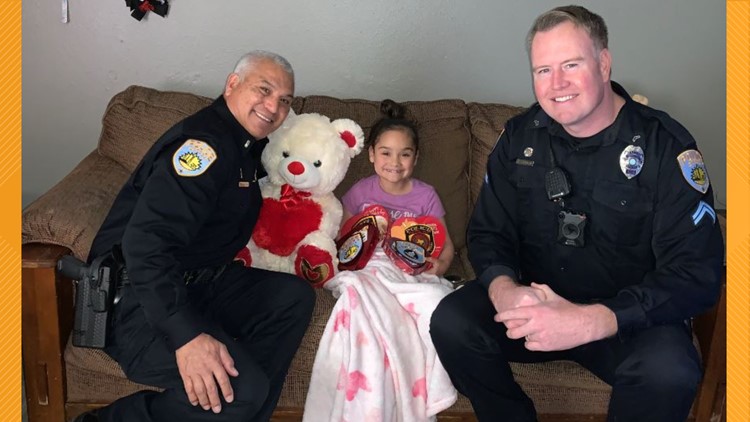 Hannah Russell, 11, hopes to become a police officer one day. She was supposed to tour the department but was feeling sick.

Instead officers stopped by her house and presented her with some gifts. The presents included a SWAT challenge coin, patches from various OPD units and even a teddy bear.

Hopefully Hannah will feel better soon and can work on her dream of becoming a police officer.

Driver flees after a hit and run in Odessa

OPD still investigating murder of man outside his own home