Odessa Police made an arrest in connection to a murder that occurred on Tuesday night. 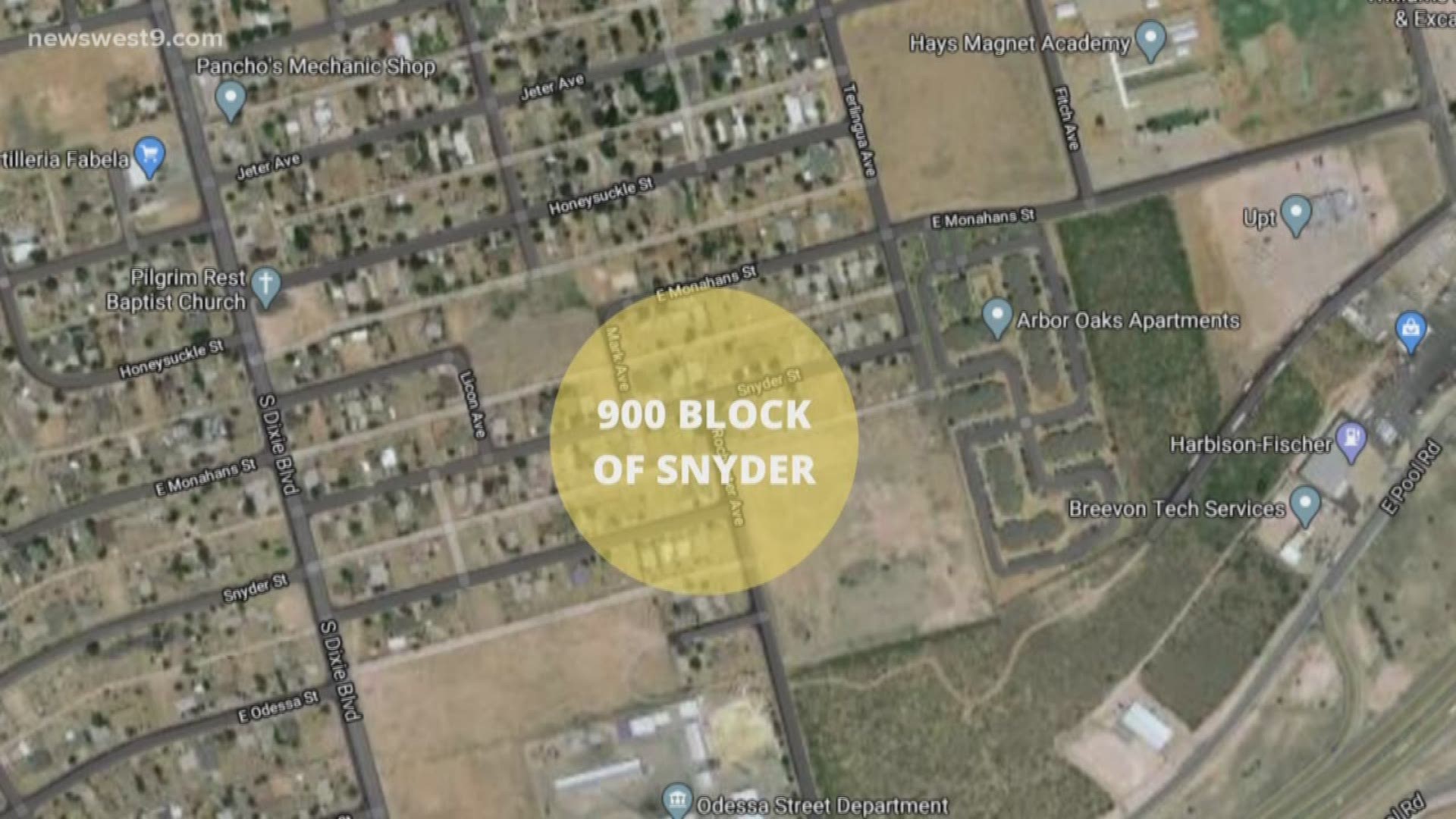 ODESSA, Texas — An Odessa man is in jail following a murder investigation.

Marcus Dwain McDavid, 47, has been charged with murder, unlawful possession of a firearm by a felon and assault family violence with a previous conviction.

On Tuesday night at 8:24 p.m. the OPD responded to the 2800 block of Madera Ave. in response to a disturbance.

After an investigation, police discovered that McDavid had struck his wife in the face and neck with a combination of open-hand and closed-fist strikes.

Police also discovered that his 43-year-old wife had been choked.

Officers say McDavid grabbed a handgun, threatened to shoot his entire family and fled the scene before the police arrived.

Law enforcement later responded to a call in the 900 block of Snyder St. in reference to a gunshot victim.

Upon arrival, police discovered that a 32-year-old male had been shot in the head.

After being transported to a local hospital, the male was pronounced deceased by medical personnel. His identity has not be released at this time.

An investigation of the scene revealed that after McDavid had fled the scene at the residence in the 2800 block of Madera, he shot the 32-year-old unknown male in the head.

McDavid was later located in the back yard of the residence in the 900 block of Snyder.

Based on the facts and circumstances, McDavid was arrested and charged accordingly.

He was then transported to Ector County Law Enforcement Center.