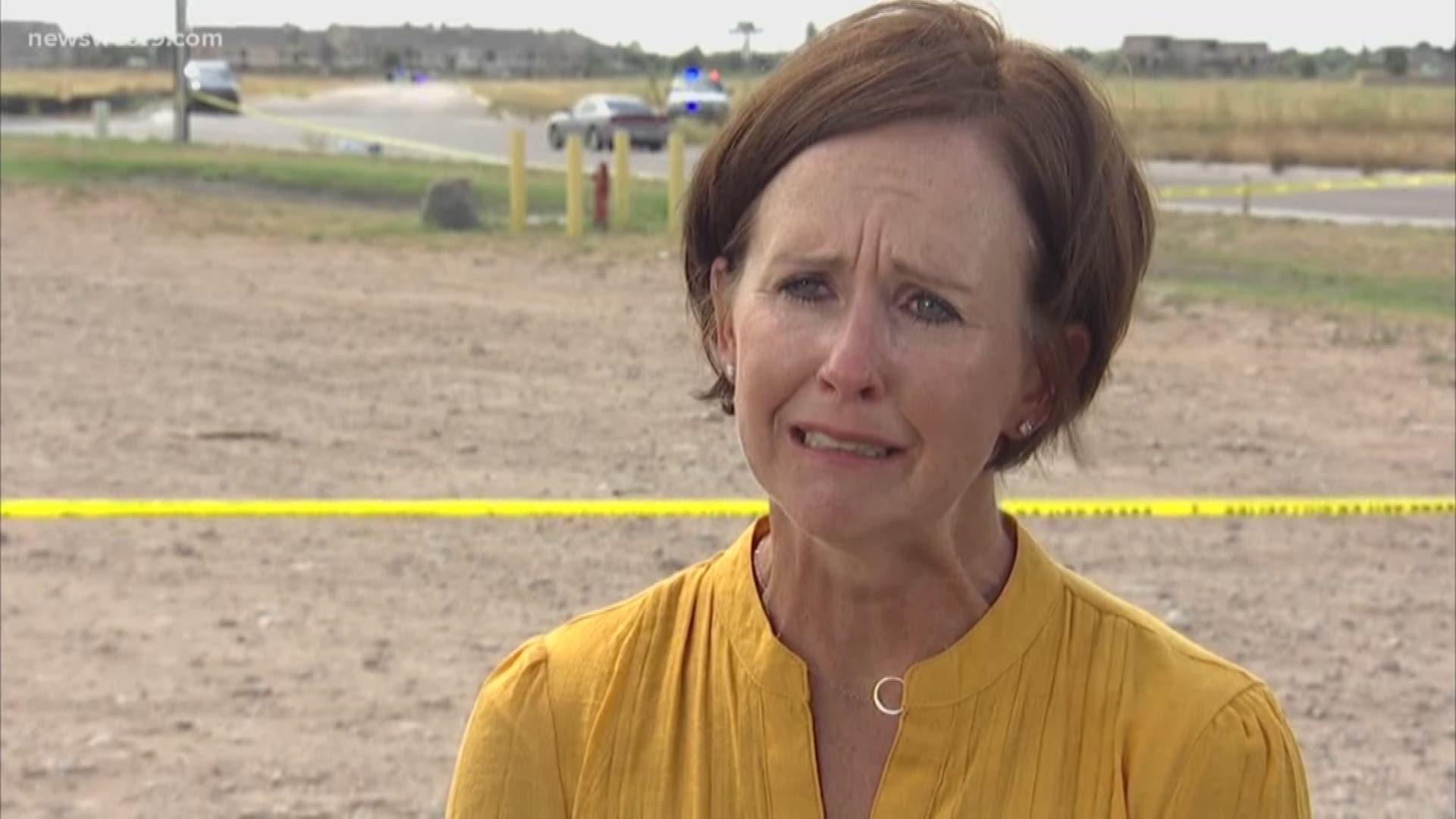 ODESSA, Texas — Shauna Saxton was spending Saturday afternoon with her grandson; what was a normal day for her would soon turn into the most terrifying day of her life.

“I happened to look over my shoulder to the left and at that moment, the gold car was rolling up. He was fidgety and crazy and his eyes were crazy.”

Without knowing, stopping at traffic light changed Shauna's life forever as she came face-to-face with evil.

RELATED: Police say no explanation yet for Texas shooting frenzy

At that moment, all the grandmother of two could do was try to protect herself and her family.

“He was going to try to kill me,” Saxton said. “My thoughts went immediately to my grandson and I just thought, no way.

She began turning and honking, finally creating enough space between cars in front of her to drive off, but he followed.

“He was gaining, and he was on my back panel, and I thought, oh my gosh - what if he shoots through the door and my grandson's in the back seat. He was right there, I don't know how he didn't hit me.”

Thankful for her and her family’s life, she thought about the ones that couldn’t get away.

“There are now seven people that didn't...they didn't have the same outcome, and that is, I have no words, I'm so sad for their families.”