"It was like a curtain dropping over your eyes when you’re going into the dark," Debbie Ramirez, Odessa resident said. 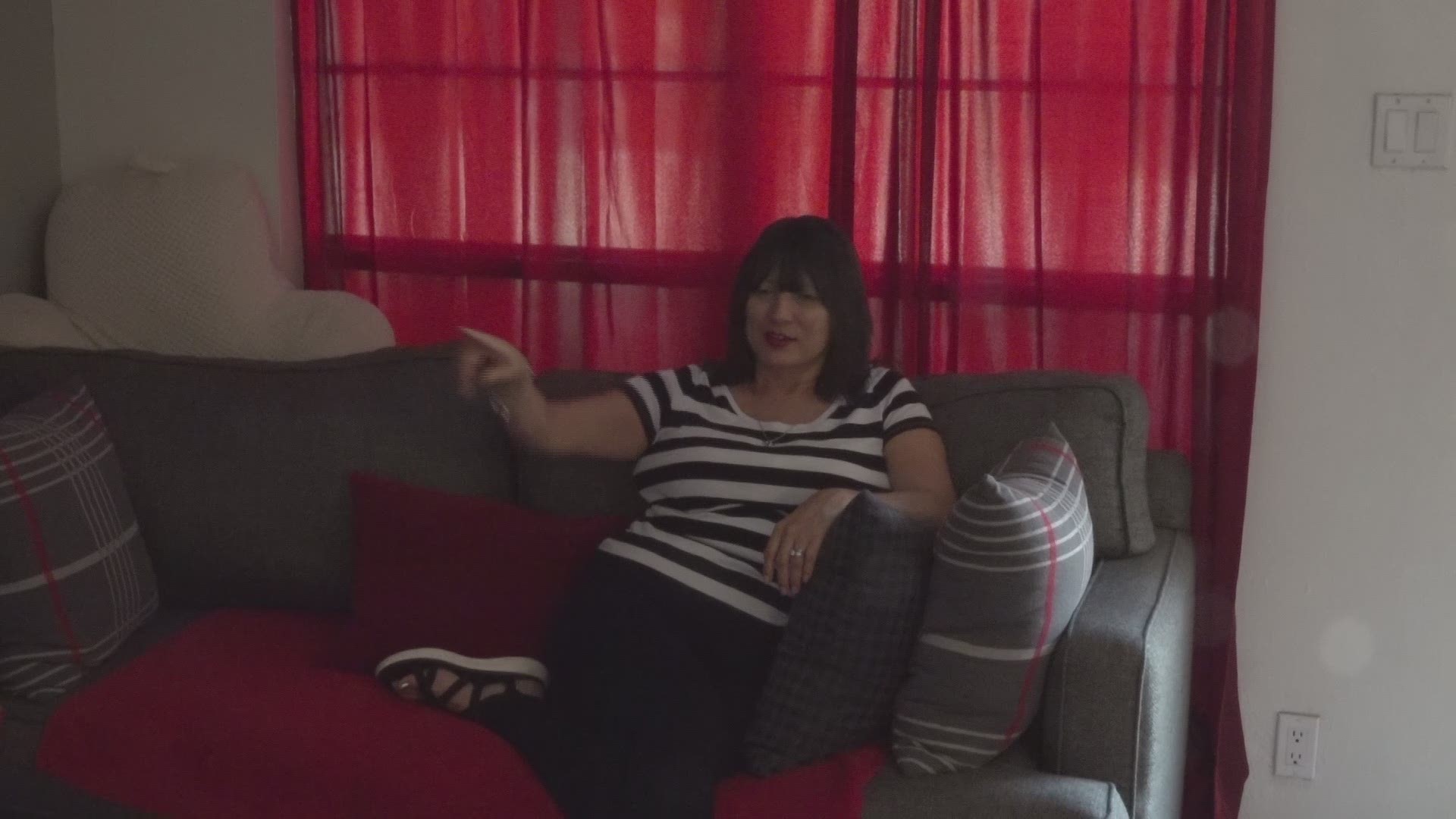 ODESSA, Texas — Debbie Ramirez wakes up every morning just like you and I do.

She brushes her hair, like you and I do. She puts on mascara.

And then she puts on her shoes, just like you and I do.

Except, she doesn't get ready the way you and I do. That's because Debbie Ramirez is blind.

"I can see me moving my hand right in front of me, but right here I don't see anything," Debbie Ramirez, Odessa resident said.

It was six years ago when Debbie's life changed.

"It was like a curtain dropping over your eyes when you're going into the dark," Ramirez said.

That darkness not only took her sight. Debbie lost 75% of her memory and with it most of her life.

For years she sought out help from doctors. But none had an answer.

"They all told me they didn't know why I went blind. Nobody could explain it," Ramirez said.

"I thought how am I going to live like this? I've seen my entire life, I don't know how to live blind," Ramirez said.

Then one day, a phone call changed her life once again.

"I had a very large tumor. It was the size of an orange," Ramirez said.

An Odessa doctor finally had an answer. But what would come next was worse than you could imagine.

"He rushed me to Dallas by ambulance because he said I had less than 30 days to live," Ramirez said.

Her thoughts went straight to her family.

"My children are everything," Ramirez said.

And what would happen if she didn't make it through the surgery?

But the surgery was a success. The tumor was gone.

"I was me again and I just wanted to move on with life and grasp it because I had been given a second chance," Ramirez said.

Her memory started to come back, the pain and the headaches faded away, and Debbie began to take charge of her life again.

She re-learned how to cook, clean and even how to do laundry.

And now Debbie has a chance to get her sight back through a clinical trial in Florida.

"I am just really hoping to get my sight back more than anything. It's been the hardest thing I've ever gone through," Ramirez said.

The trial would use neurons from bone marrow to generate new stem cells in her retina and optic nerves. But there's one more roadblock before Debbie can see her children and grandson.

"It's a lot of money and my insurance will not cover it because it has to do with stem cell therapy," Ramirez said.

But Debbie said she's not giving up.

Although Debbie can't see, she says one thing is clear to her.

"I feel like God has always been beside me," Ramirez said.

She said she will take any help she can get!