This is the second year the City of Odessa placed the flags in the park to remember the lives lost on Aug. 31, 2019. 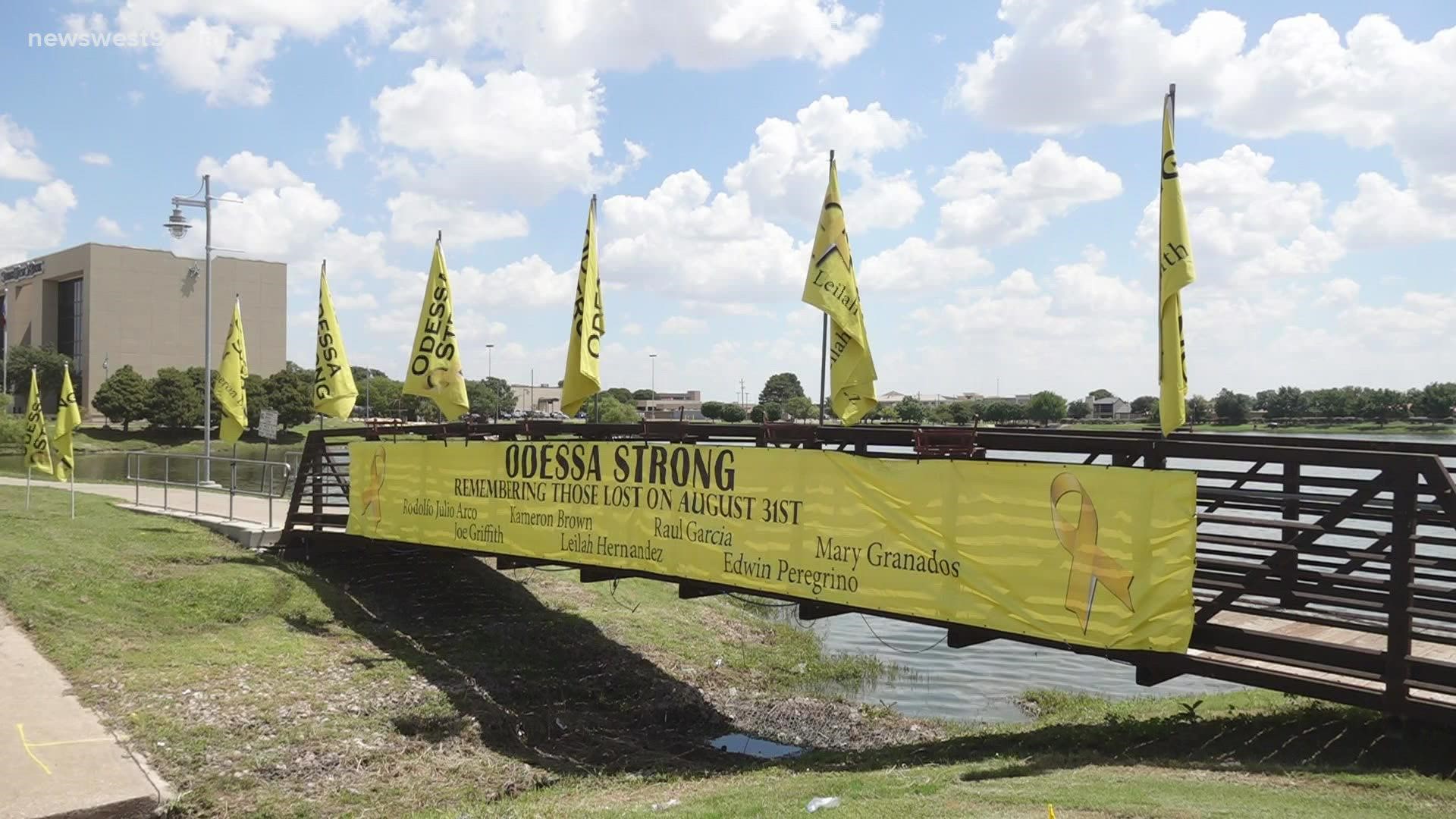 ODESSA, Texas — It's hard to believe its been nearly two years since our community was impacted by a mass shooting.

This is the second year the City of Odessa placed Odessa Strong flags in the park to remember the lives lost on Aug. 31, 2019.

Renee Earls, CEO for the Odessa Chamber of Commerce, told NewsWest 9 the flags are a way to remember the lives lost and those injured on that day.

Earls said that it is important to remember those community members who lost their lives.

"We have seven flags that have the names of those we lost," said Earls. "They were fathers, they were children, they were sisters. It's important our community remembers and never forgets the sacrifice they made."

Earls remembered how hard it was to help a grieving family the days after the tragic day.

"I will remember meeting with each family member through the donation process of money, and making and sure they were taken care of," said Earls. "It was a very personal event for everyone involved that day."

Earls said that the flags are not to remember the event itself, but a way to show the resiliency of the community.

"Our community came together to raise money for these families," said Earls. "People from all over the world called Odessa, giving prayers and hope. Odessa is strong, so these flags represent that."

The flags will be at Memorial Gardens Park through Sept. 7, the Tuesday after labor day weekend.