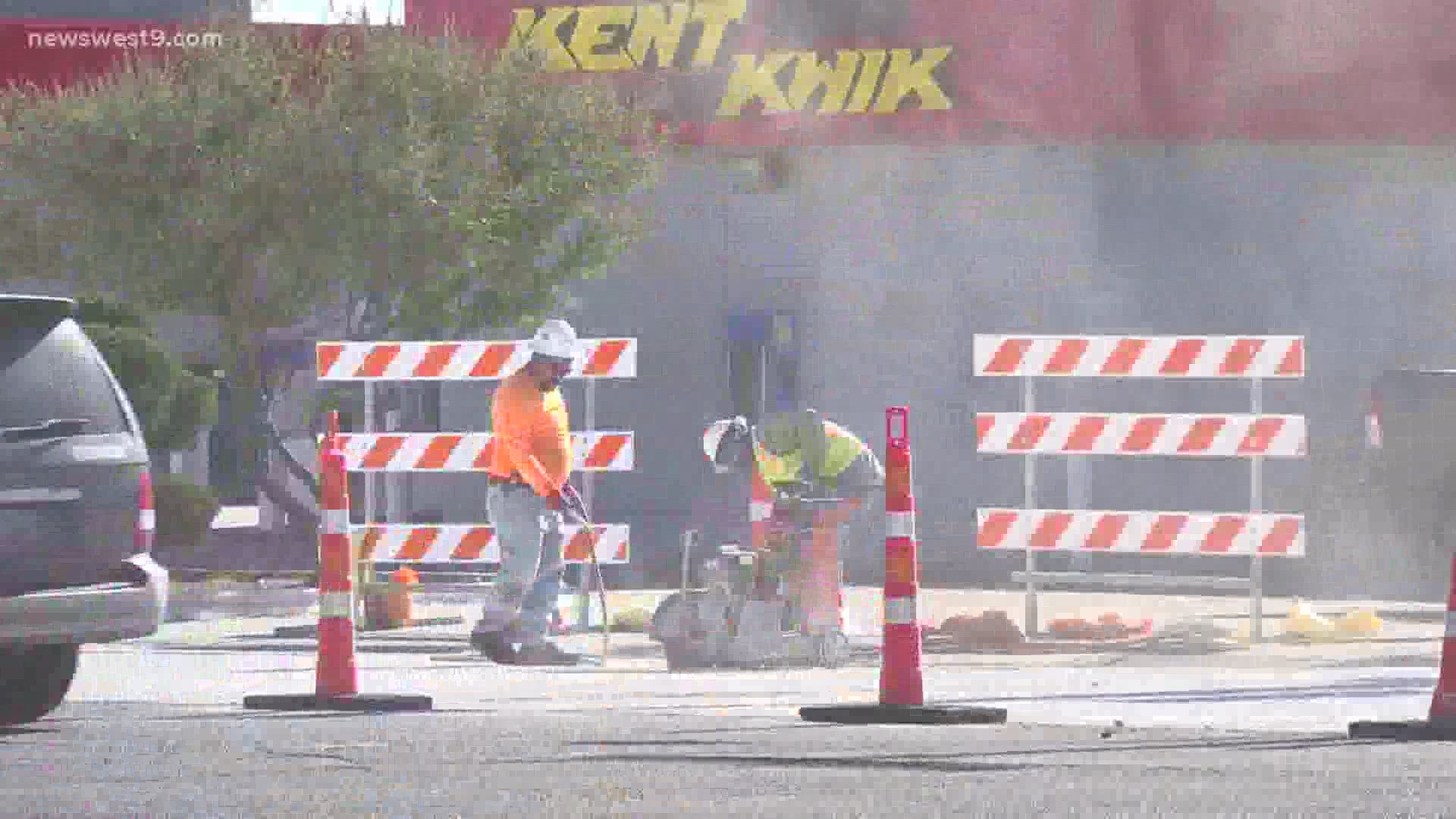 ODESSA, Texas — Crews have been out in full force working on the intersection of 42nd and Andrews Highway, but that's only part of the project that's costing around $11.7 million.

While rough roads are common in this area, TxDOT is doing everything they can to fix that problem.

"The asphalt we'll be using for our final surface between Yukon and 42nd, we can’t lay until next spring. So some of that work is already completed. It’s a drivable surface, it’s a good surface you know. It’ll be striped soon and then we'll come in and put in another layer of asphalt in the spring," Odessa TxDOT PIO Gene Powell said.

Come Thanksgiving this year, the months-long project will finally come to a close.

"What’s going on in 42nd St. right now, it’s basically going to be a concrete intersection. So we hope, I just talked to the contractor, the plan is to be done by Thanksgiving with this phase of 42nd St. and then move down to Yukon and get that concreted as well," Powell said.

Before you get your hopes up, there are still several sections of Andrews Highway getting ready to undergo road work.

The section between 2nd and 8th is getting ready to see some work. The bumpy road there causes a lot of issues for Odessa drivers. This project starts next week.

"The crosswalks in downtown Odessa between 2nd and 8th are made out of bricks. They’re pretty rough to drive over. They look cool but they're rough to drive over and they get beat up by heavy traffic. We're working with the city. Part of this project is to take those out," Powell said.

Powell said the next steps in the road work project will be revealed as early as October 1st. He said removing the bricks should take about six weeks, but work will only be done at night.