The city says the contamination does not impact the city's water source but will be holding two hearings for citizens to voice their concerns. 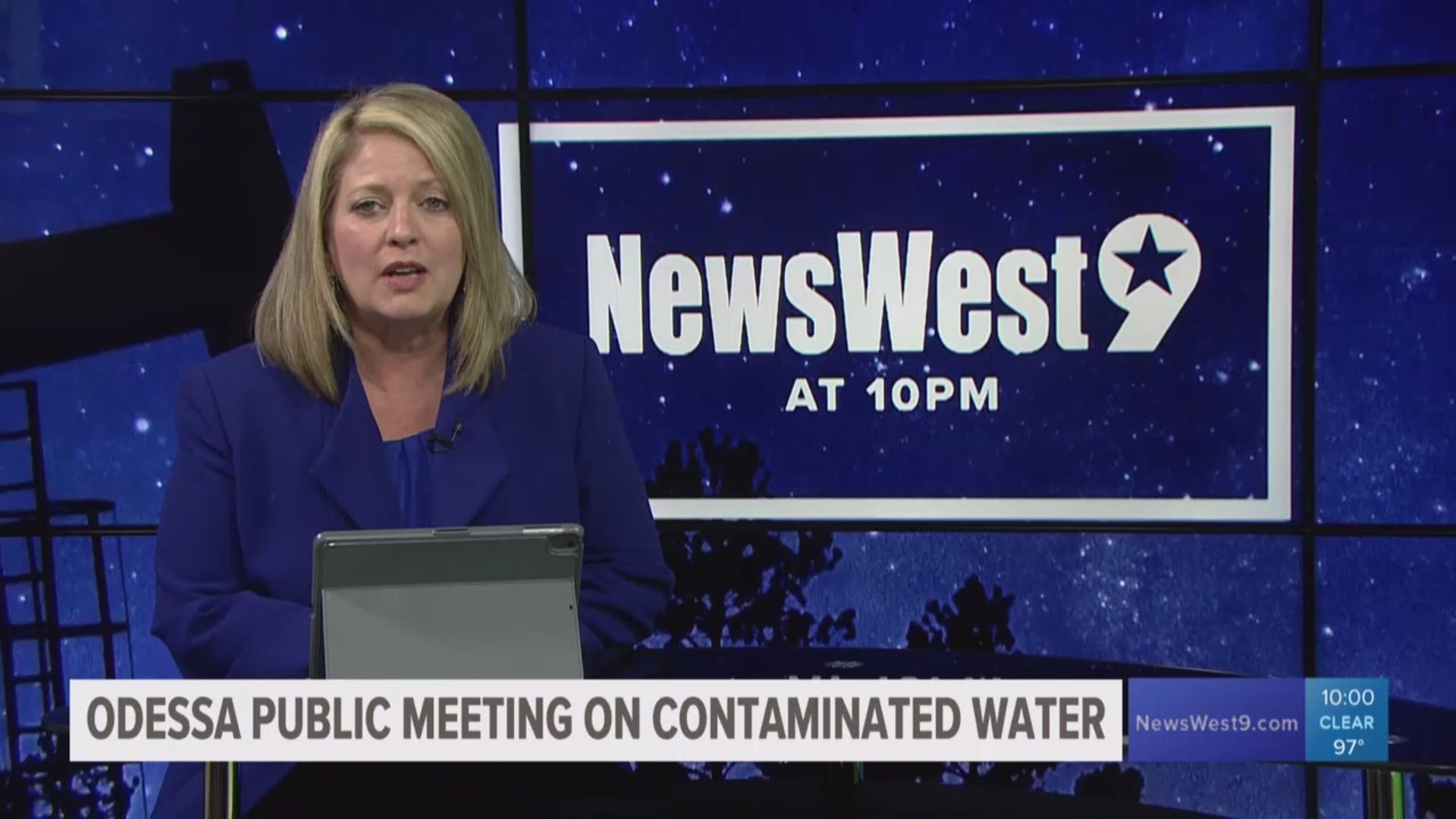 ODESSA, Texas — The City of Odessa will be holding two public hearings to address any concerns citizens may have about contaminated groundwater.

According to officials with the city, water underneath property adjacent to city limits was at 2120 and 2122 Maurice Road was contaminated by historical oilfield service and supply operations in 1993.

The responsible party, under the oversight of the Texas Commission on Environmental Quality, has already removed the source of contamination and subsequently operated a pump-and-treat groundwater remediation system to restore the impacted groundwater.

Many years of sampling this groundwater show remaining trace contaminant levels are confined to this localized area and are naturally decreasing over time.

As one of the final steps in completing the cleanup of this site, the responsible party has applied for a Municipal Setting Designation as allowed under Texas law.

This MSD, supported by a potential city ordinance, would prohibit future use of the groundwater located underneath this localized area for potable purposes (i.e., drinking, showering, bathing, cooking, and/or irrigating crops for human consumption).

Investigators determined the contamination does not affect the water source for the City of Odessa and is still safe for human consumption.

If you have any concerns you can attend a public meeting or a public hearing on the issue.

The meeting will be held at 7 p.m. on September 19 at the Salinas Park Community Center.

If you would rather attend the hearing, it will be held at 10 a.m. on October 8 in the City Council Chambers on the fifth floor of City Hall.