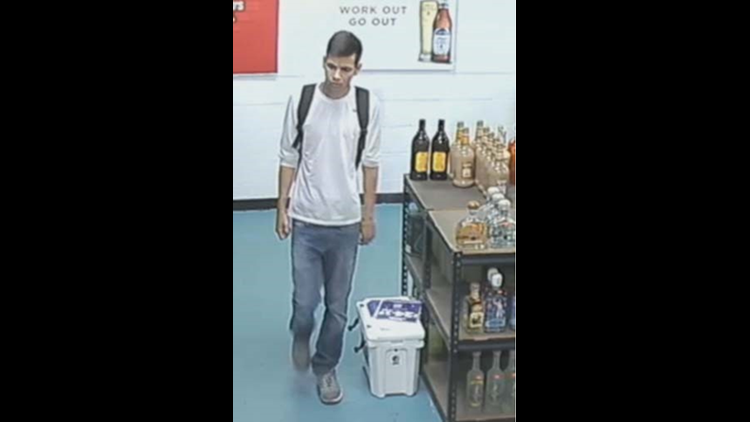 ODESSA, TX (KWES) - Odessa police are asking for your help with looking for a liquor store robbery suspect.

On Saturday, September 9, 2017, Odessa police responded to the Drexel Liquor located at 2614 North Grandview Ave. in reference to a robbery.

According to police investigation, a male suspect took a bottle of liquor and left the store without paying.

Were told later that day the same suspect returned to the store and attempted to take 2 more bottles of liquor.

Were told the complainant recognized the suspect from earlier and locked the front doors.

According to the investigation, the suspect assaulted the complainants and fled out the back door before police arrived.

Were told the suspect wore different clothing, including a hat and sunglasses when he returned the 2nd time.