Anderson's mother said her scars are healing beautifully, and a neighboring community is extending a beautiful gesture. 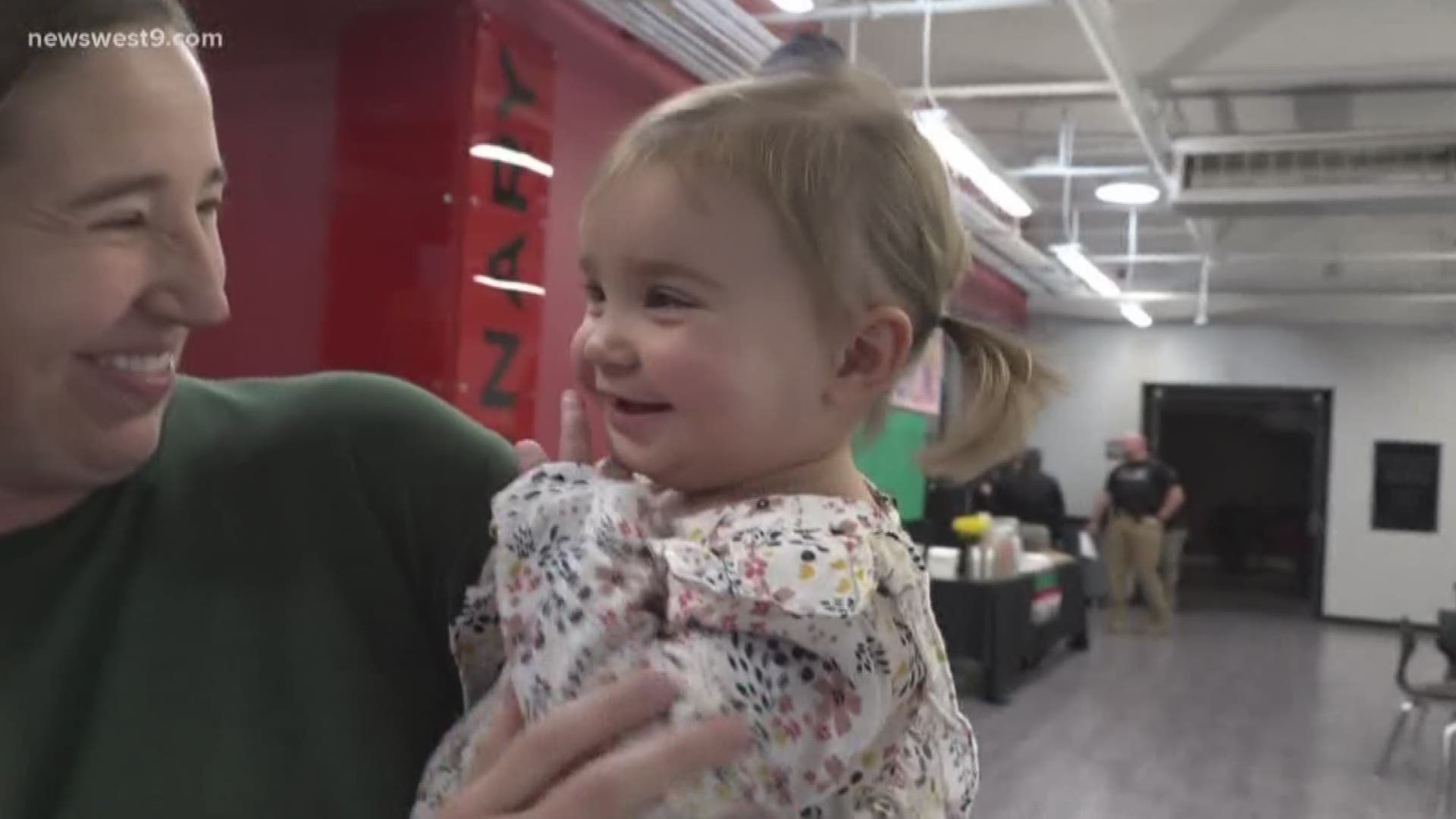 Anderson was caught in the crossfire of the shooter as her family was driving.

The bullet barely missed her brother before going through her tongue and bottom lip.

Today, Anderson's mother said her scars are healing beautifully, and a neighboring community is extending a beautiful gesture.

"It happened in Odessa and that's kind of close to home, so we really felt for that and we felt like we needed to do something to help the family," said Rachel Kuehnle, president of the Lubbock-Cooper High School Spanish club.

Kuehnle, her club members and the Lubbock-Cooper ISD Police Department raised $507 in a week-long "Change for Anderson" coin drive.

Instead of adding this money to Anderson's existing fund, they decided to do something more personal.

They bought the twins monogrammed recliners with their first names lettered across the top and stuffed animal teddy bears.

"It makes me feel warm inside that we can do something for our community, and do something good too," Kuehnle said.

The twins' mother was extremely touched.

"We don't even live in the same town, but we're West Texans and we're part of the same community and ya'll have shown that today," Kelby Davis said.

But more importantly, these kids are setting an example for the rest of their classmates.

"I just hope each and every day that you just remember these moments and keep just touching lives because you have inspired me and I know that you're going to inspire the twins as they grow up," Davis said.