Their purpose is to update the downtown plan, looking forward to what is next now that the city has the Marriott Hotel and Conference Center. 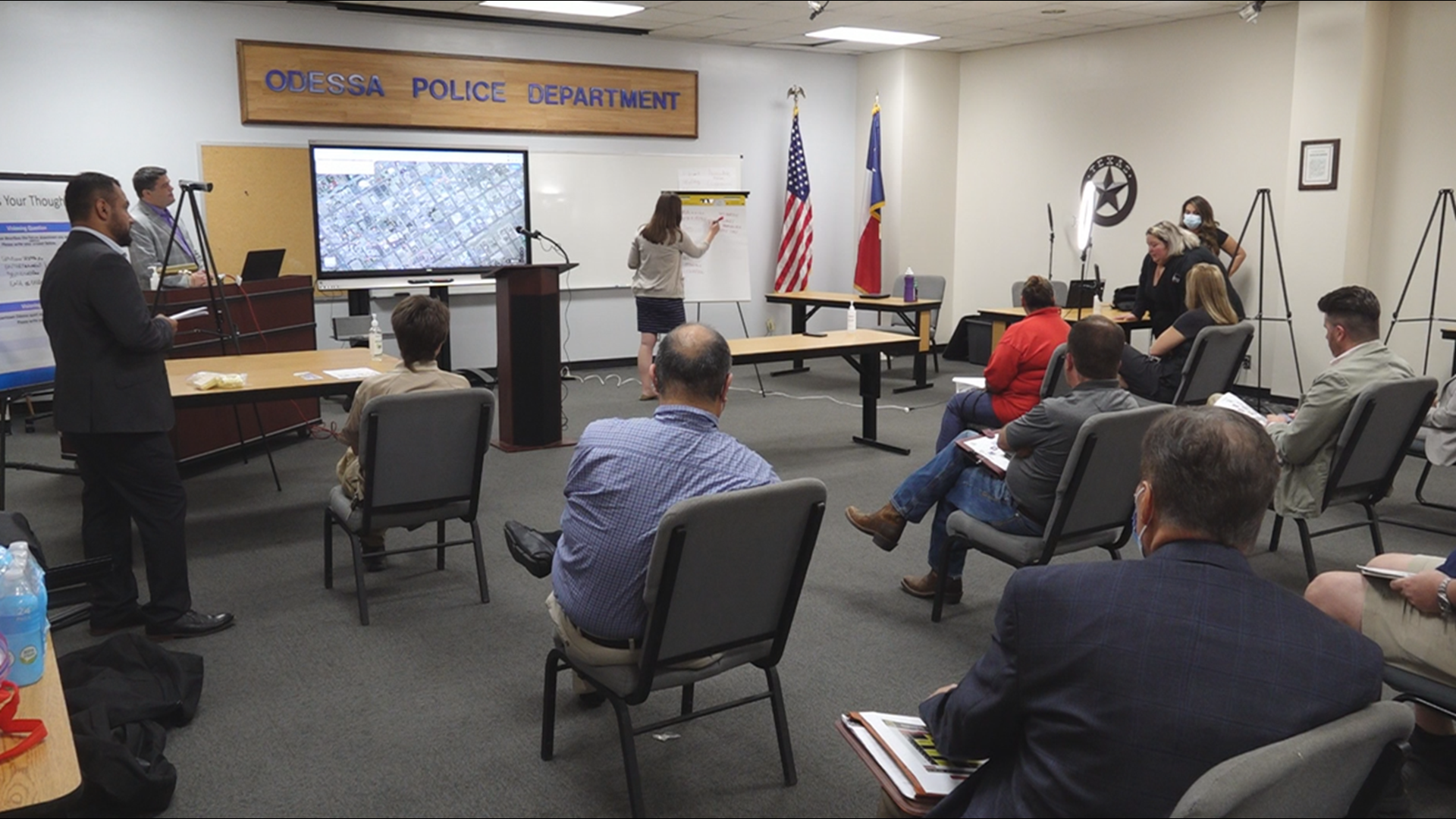 ODESSA, Texas — Odessa city leaders want to hear from you. Monday was the first day of a series of townhall meetings the city is hosting regarding Downtown Odessa.

Their purpose is to update the downtown plan, looking forward to what is next now that the city has the Marriott Hotel and Conference Center.

Community members can also participate through an online survey. That survey is available by clicking here.

This will help the city update their downtown masterplan. Leaders hope more people will give their input throughout the week.

Stoker believes Downtown Odessa has the tools for success, but hopes that the public's input will lead to better outcomes.

Jeff Whitacre, Vice President for Kimley-Horn and Associates, the consulting and planning firm hired to oversee the updating of the plan, said the input of the community has given them a different perspective.

"I saw a little bit of a passion that wasn't given in the survey, about when you look outside the core of Downtown Odessa," said Whitacre. "How do we make the larger footprint of Downtown Odessa from hospital to hospital. We can consider to have some residential options as well."

Whitacre discussed the potential of the downtown area.

"One of the members of the community mentioned today there were 12 new businesses during COVID that opened in downtown, there are nine restaurants in downtown" said Whitacre. "There is an interest in downtown, how do we get the interest all on the same page and move forward."

"Again, I truly believe the more people who have a voice in this and give their opinion the better," Stoker said.

Times of the Downtown Odessa Townhalls are listed on their Facebook page. If you would like more information on taking part in the meetings, click here.

The last meeting on Wednesday will be the final presentation of ideas that will serve as appendix to the current masterplan.