Wearing your seatbelt does reduce the risk of dying in a car accident by 45%. 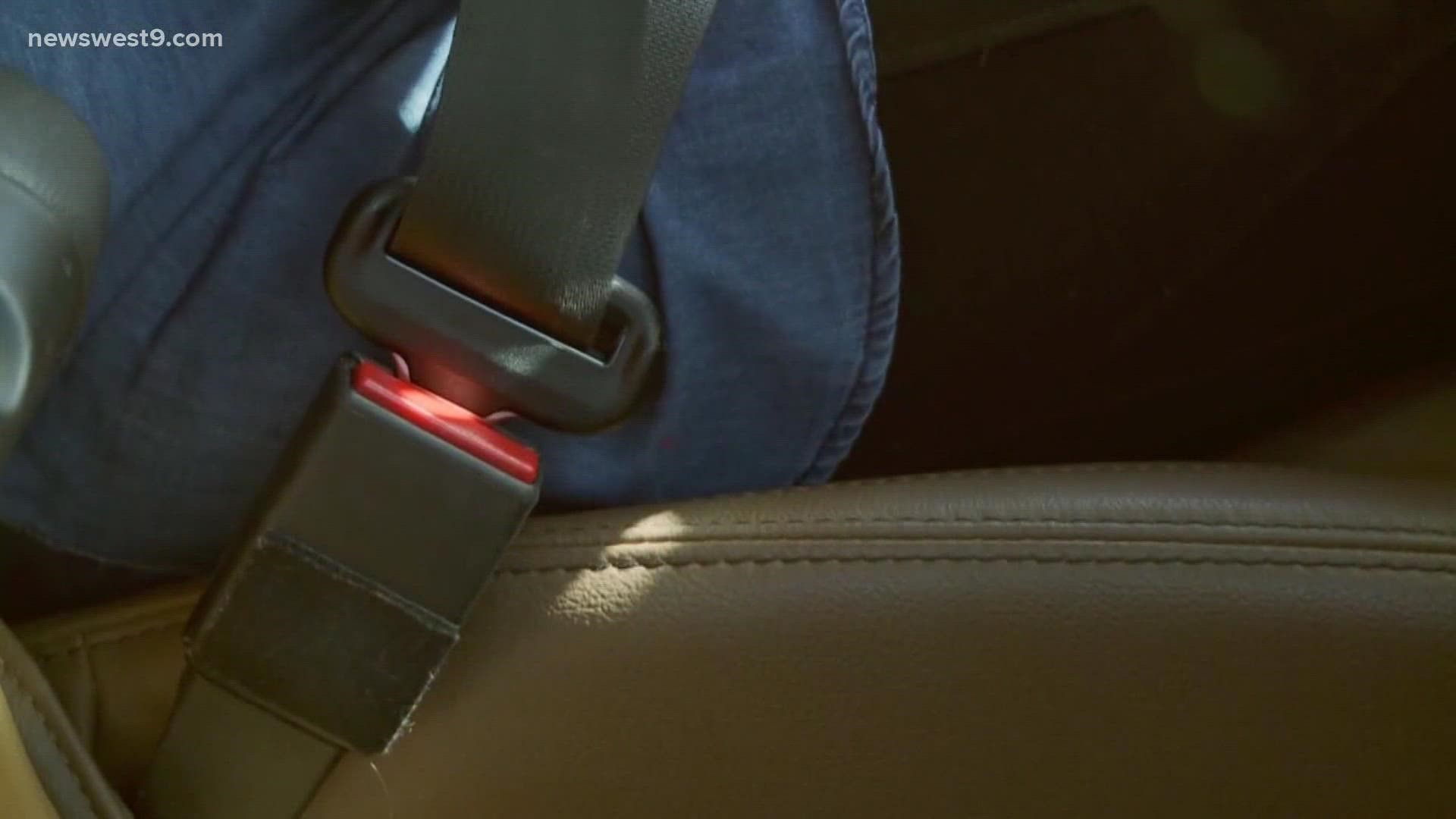 ODESSA, Texas — When getting in your car to go anywhere, it's always vital to remember to buckle up.

According to Odessa TXDOT, not enough West Texans are wearing their seatbelts.

"A few years ago, when we were doing Click It or Ticket, we were saying 94% of people who are in seatbelts and obviously now the number's 91%. I don’t know if that’s people moving into Texas are not wearing seatbelts or if it’s true Texans that quit buckling up, that doesn’t really matter, the number should be 100%," says Gene Powell, Odessa TXDOT.

Odessa is at the top of the list for crashes that have resulted in people not wearing their seatbelts.

Powell says there is more than 10 fatalities a day on Texas roads, and 100% seatbelt compliance can lower that number.

"If you’re wearing a seatbelt you’re a lot more likely to survive a serious crash than if you’re not. If you get ejected, you just don’t have much of a chance to survive and we see that way too often," says Powell.

Wearing your seatbelt does reduce the risk of dying in a car accident by 45%, so take that one to two seconds to buckle up.