Odessa Chamber of Commerce honors Entrepreneur of the Year 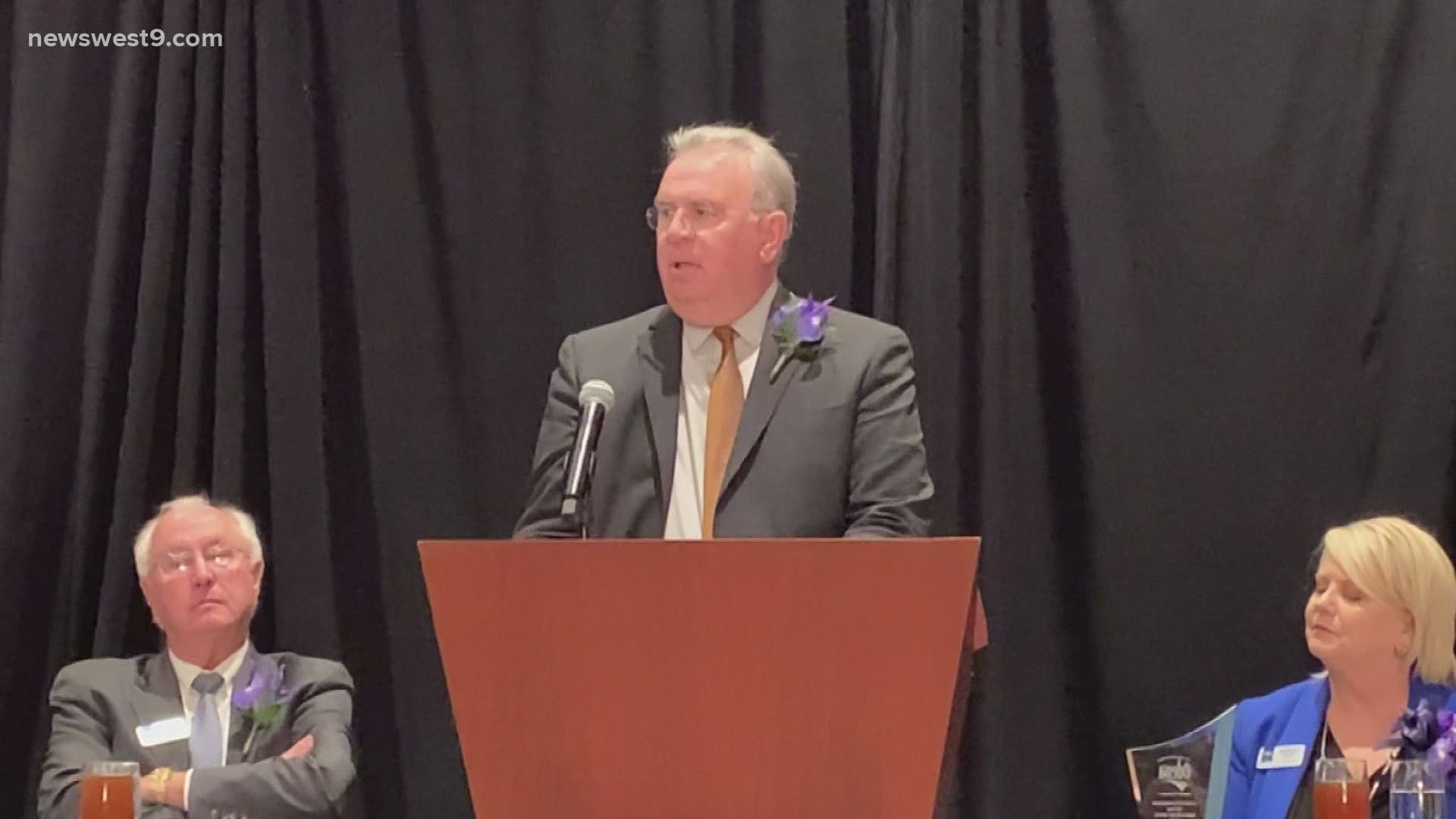 ODESSA, Texas — The Odessa Chamber of Commerce honored its Entrepreneur of the Year on June 3.

The recipient of award was Mike Withrow. Withrow owns Basin Abstract and Tile and credits his staff, wife and community for making it possible for his business to thrive.

"We can only do so much as a company, but you have to have the support of the community," Withrow said.  "We are all very blessed we live in a community that is tight night. we care for each other. We look out for each other. We respect each other through good, bad and everything. I think we all need to pat each other on the back and appreciate what we have here in west texas. What we have in Texas. we've been able to survive some very trying times and it's all because of the integrity of our community."

There were four other business owners inducted into the Business Hall of Fame alongside Withrow. The owners of Rexco, The Barn Door Steakhouse, Hurt Insurance Services and a C.P.A.