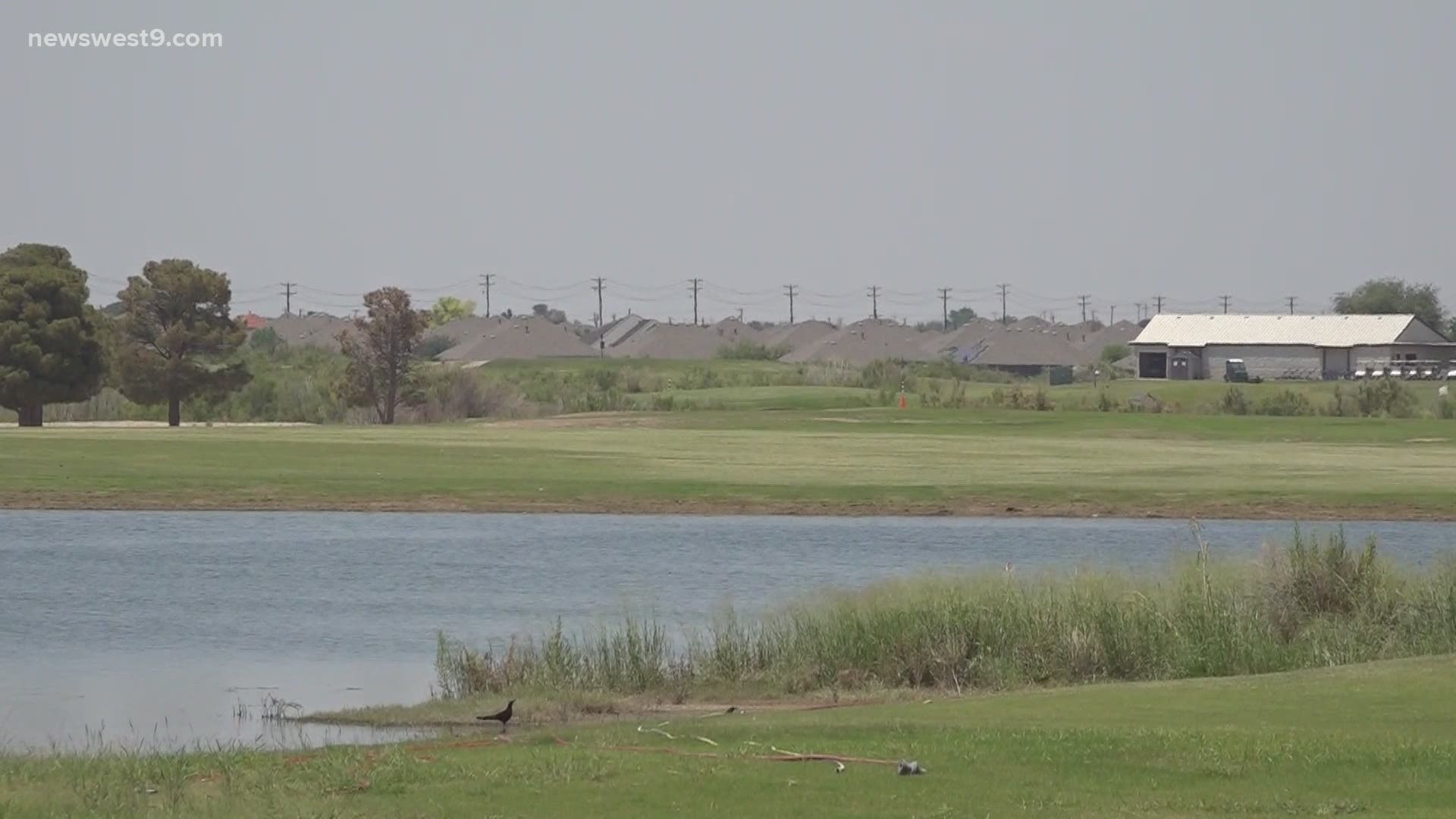 MIDLAND, Texas — Nueva Vista Golf Course is one step closer to being sold.

The city also officially zoned the area as an agricultural space.

So what exactly does this all mean?

It will now be easier for the owner of the golf course to sell his 220 acres of land.

A few dozen people were at the city council meeting to publicly comment and oppose any development of the golf course.

A little background here, Nueva Vista is owned by someone in Odessa who is looking to sell the land to developers out of Florida.

While no deal has been made official and it is unclear what the developer would do with the land, Grassland and West Grassland homeowners worry development means getting rid of highly valuable green space.

For city councilman, Lori Blong, she understands where homeowners in her district are coming from-she too lives in Grassland.

But she also feels a certain obligation to the golf course owner. The owner requested the city annex that portion of land so that legally it's consistent acreage-also known as, making it easier to sell.

“I always want to honor property owner rights but we shouldn’t make decisions as a city council to sweeten the deal," Blong said. "In this instance I believe zoning and annexing was the appropriate decision.”

Blong made it clear this move was just one step in a very lengthy development process to come.

“As we go forward, the developer is going to bring a plan to city council for planned development in this area and I have huge hesitations," Blong said. "I think that the concerns about drainage and traffic have not been solved so I’m going to reserve final judgment on the final site plan until I see the plans.”

As to what save Nueva Vista leaders want? Well they want the green space to remain just that-green.

“So my alternative that I have put before city council is FORE Midland...it is a non-profit conservancy effort to purchase and preserve and improve the land of Nueva Vista," Blong said. "I want to put in walking paths, fishing piers, butterfly gardens. I want it to be a place for the public to play.”

So what is next from here?

Dozens of Grasslands and West Grasslands Estate homeowners are here speaking to council. Everyone who has spoke so far is against developing the golf course. 1/3 @newswest9 pic.twitter.com/WVvrkA0eZA

There is currently no timeline on when developers will move in on the land and share with the council a plan.

But for Winkles and FORE Midland, they are working on becoming a 501 C. That way, they can start accepting donations needed to purchase the golf course.