Less than a year ago, Angelica Espinoza was in a wheelchair. Thanks to the Permian Basin Rehab Center she is now walking on her own. 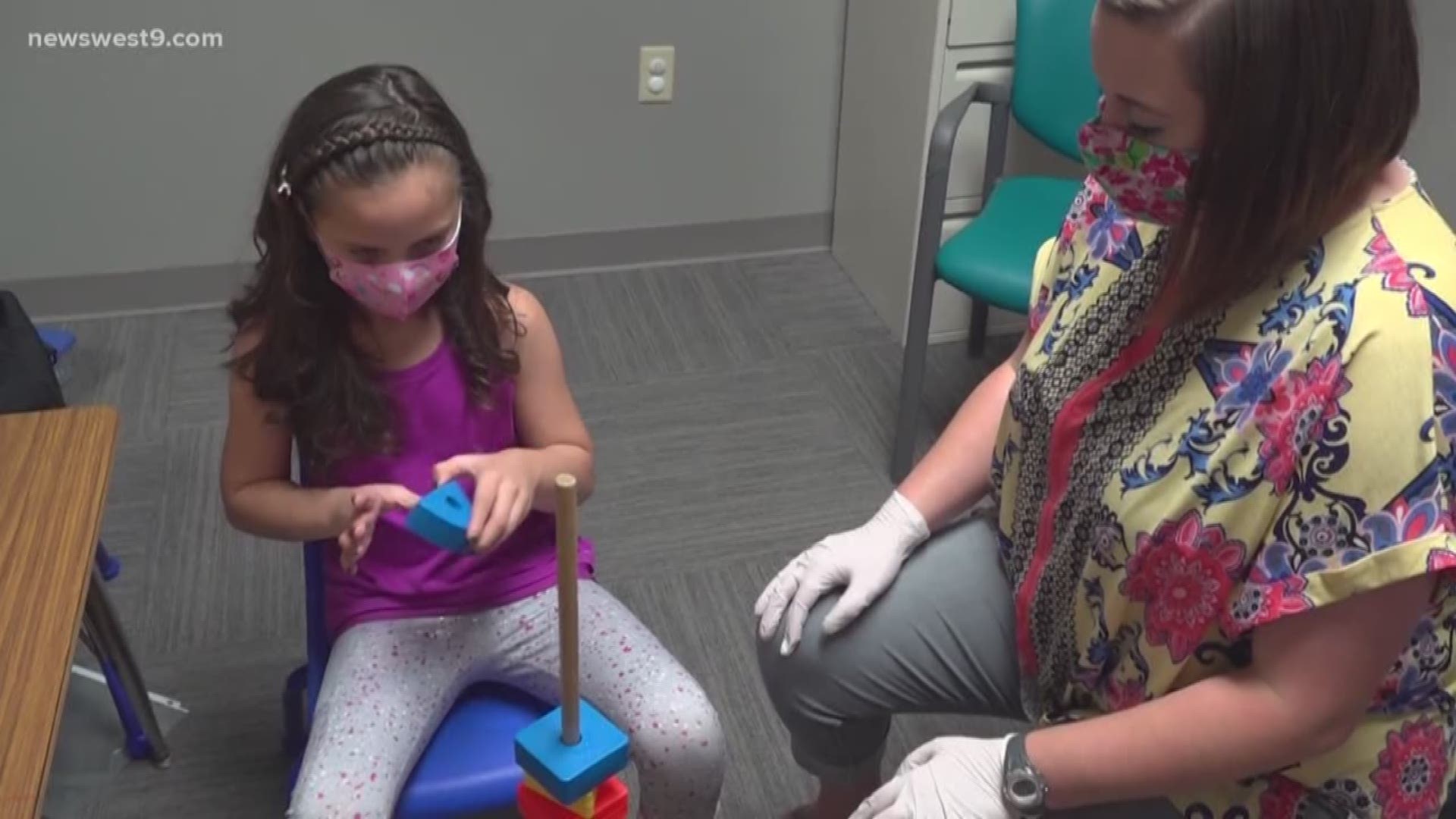 ODESSA, Texas — Less than a year ago, Angelica Espinoza was in a wheelchair. Thanks to the Permian Basin Rehab Center she is now walking on her own.

"She couldn't put her feet down on the floor. She couldn't even understand how to crawl or even pull up to stand," Paula Diffie, Physical Therapist at PBRC said.

Even something as simple as playing a game is a challenge for Angelica.

"Her play was very limited. She wasn't sure. How do I move my arms in order to do a puzzle, or to flip through pages of a book, put pegs in a pegboard, " Leigha Perkins, Occupational Therapist said.

Angelica can't speak, but it wasn't always this way.

At six years old, Angelica was a happy girl who loved to go to school, but then she started having seizures.

"She had a seizure and that lead to others and that number kept growing. She had up to 20 in one day. She ended up in intensive care. She was there for two and a half months, then she had two heart attacks. I'm sorry...two heart attacks. I can't do it, "Guadalupe Espinoza, Angelica's mother said.

Angelica's mom says after all the testing,  the doctors could never pinpoint what happened to her daughter.

"She can't do things she used to do. I used to love to watch her sing and run, but now it's another situation. It's so painful for me and her dad and for her brother for everything to change out of nowhere. To not have her be who she was," Espinoza said.

After several seizures and two heart attacks, Angelica is reaching some amazing goals.

All because of her therapy at the Permian Basin Rehab Center. "She has come so far in such a short amount of time. In less than a year, she's walking on even and uneven surfaces almost completely independent. She's starting to interact more with play, with us. She will even pick up a ball and play hoops with us during therapy," Diffie said.

This plays an important part in helping Angelica. It helps therapists figure out what she likes.

"We have a trampoline here and she recently is really starting to love to jump which is a massive, big gross motor goal. She loves to bend down, squat really far and spring up right off the trampoline, " Diffie said.

Angelica is getting stronger and she can even pull her legs up.

Angelica is also learning to communicate through pictures.

"Since she doesn't have the ability to use the words we can use pictures. She can grab the picture, give it to me, and ask for something, " Andrea Garcia, Speech-Language Pathology Assistant at PBRC said.

"She does have her ways of communication. She can definitely let us know when she doesn't like something just by some facial expressions. So what we're trying to do is give her a voice, a functional voice, so she can say yes, no, she can request something that she wants more of," Garcia said.

Angelica is making great strides now and her mother could be more thankful.

"Once she started here, she could stand on her own. She became very independent. She started walking around the house. Before she stopped paying attention to the toys, now she's playing, she's drawing. I can't tell what she's drawing... but she's drawing. She'll make lines and she'll show me so I can see. It's so much. I'm so thankful," Angelica's mother said.

Her therapist couldn't be more proud.

"I'm always proud of her. I'm always impressed from where she has come from. She's motivated to play. She wants to achieve things. My favorite is that she is always so proud of herself. When she achieves something, she loves to clap and loves the praise from other people too," Perkins said.

She survived the Spanish flu and COVID-19. Today she turns 104