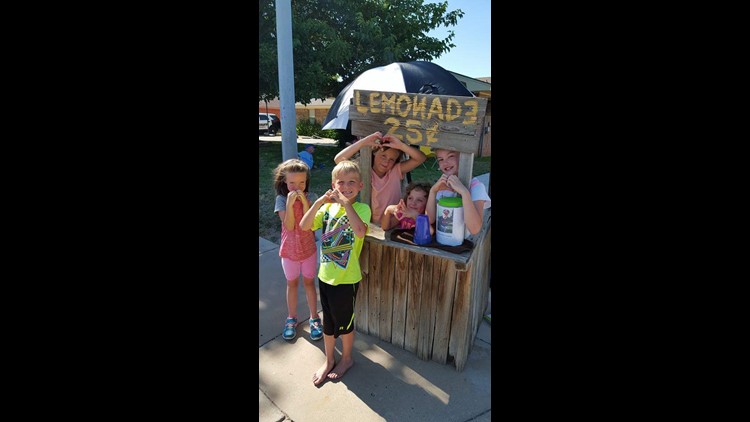 HOBBS, NM (KWES) - Addison Witulski, 9, lives in in Hobbs, New Mexico who raised more than $500 for her little brother, who needs heart surgery in Houston this July.

Her grandmother and guardian, Kim Allred, said Addison probably overheard a conversation between family members talking about the funds needed to get her little brother Kaden Witulski to treatment.

That's when Addison and her friends Erika and Emily Borden decided to sell lemonade for .25 to .50 cents a cup and pictures for .25 cents. Allred said that the moment she found out was unexplainable.

"No words, I'm so proud of these nine-year-old little kids," Allred said. "Her and her best friend Erica [Borden] to do this and to just hand me over this money to go instead of wanting to go and buy stuff for themselves. I cannot explain, I can't, there are no words. I'm just, I'm so grateful. She is a sweetheart, I mean this girl, she helps me more than I help her at times."

Before Allred knew it, New Mexico State Police Officers were among the many stopping by helping them reach a total of $568.10.

The family turned to social media expressing their gratitude saying, "From the bottom of our hearts, Kaden's family would like to deeply thank each & every person that stopped by! Tears were shed on more than one occasion."

If you would like to help Kaden get to surgery in Houston on July 19, you can follow this link to his GoFundMe page.