Built four years ago, 'COP House' puts officers and services in the heart of a neighborhood where both are needed 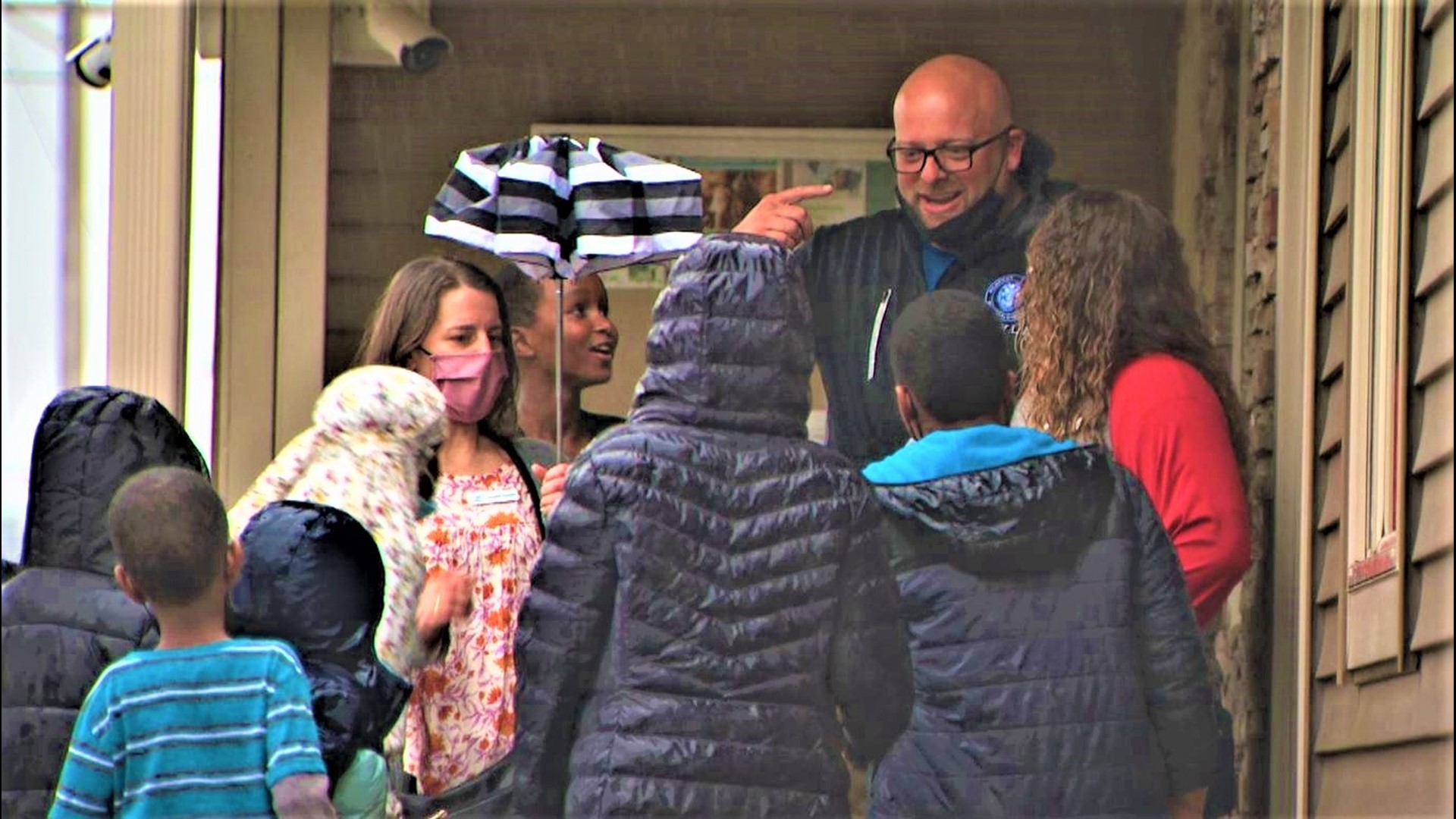 “Where are you heading?” a boy is asked.

“It's for a book club tonight at 5,” McIntyre tells the children from the predominantly Somali neighborhood. “We've got pizza coming.”

While McIntyre and Ocloo extend welcomes, their sergeant laughs at the antics of the half-dozen rambunctious kids gathered around him.

Not your notion of policing? Then you haven’t visited St. Cloud’s COP House.

“I would like to see these not only all over St. Cloud, but all over America,” St. Cloud Police Chief Blair Anderson says.

Minnesota's first, and only, COP House was built four years ago with community input, donations and labor.

Modeled after a similar program in Racine, Wisconsin, St. Cloud’s COP House replaced a single-family home on the same lot that once exemplified the neighborhood’s problems.

“A blight on this neighborhood,” is how Anderson describes the previous home, to which police had been called 100 times in a five-year period.

When the old home came down, the Community OutPost – or COP House – went up.

Ocloo is among six St. Cloud officers assigned to the COP House.

“I love helping the community and that's why I became a cop,” she says while handing out hot slices to children gathered around a table.

In another room, McIntyre shares her love for Harry Potter as neighborhood children politely raise their hands to also offer up their favorite books.

“They don't call me Officer McIntyre, they know me as Taylor,” she says.

No disrespect intended or taken. The contrary is true.

“They know that I'm a police officer, and they think it's cool,” McIntyre says.

COP House officers help neighborhood kids with their sports teams, welcome in community partners to equip them for school, teach sewing classes to their moms, and provide in-house clinics for health and dental care.

“It's in the neighborhood, it's embedded in the community,” Sgt. Ryan Sayre, who supervises the COP House, says.

Sayre tells stories of parents ringing the COP House doorbell and sitting down with an officer at the kitchen table to discuss options and resources for a child they suspect is being lured into drugs or gangs.

Unlike a typical police substation, the COP House was built to blend into the neighborhood.

Behind and alongside the house, stand apartment houses active with children.

Across the street, there’s a Boys & Girls Club and a city park with space for basketball, soccer and hockey.

“Sometimes people get wrapped up in a narrative, this population is scared of the police,” Sayre says. “I've got a photo on the wall, 10, 15, young Somali kids sitting on the bumpers of the squad car and hanging out during a basketball game over there, and I say, ‘Do these kids look like they're scared?’”

Make no mistake, Sayre says, COP House officers still investigate crimes and make arrests, but they do it from a different starting point.

McIntyre recalls a search warrant executed across the street from the COP House.

“We arrested mom and dad. They got out of a jail a couple hours later – we were doing a basketball tournament at this park – mom and dad still showed up to watch their kids play.”

McIntyre says the parents understood she and the other officers had a job to do and still trusted them with their kids.

“They respect us, and we respect them,” she says.

It may seem like too much Kumbaya for some people, but backers of the COP House say the results speak for themselves.

A 2019 study in the surrounding neighborhood showed reductions in burglaries, thefts and damage to property. Drug arrests increased, but police attribute that to better enforcement as officers keep a keener eye on the neighborhood.

Perhaps most telling, 90% of residents surveyed agreed conditions in the neighborhood have improved since the COP House opened its doors.

Congressman Tom Emmer, whose district includes the neighborhood, has seen enough to be impressed. The Republican has introduced legislation to make the COP House model a pilot program for police departments across the country.

“We want the kids, and the adults, to see us before they're in crisis,” Anderson says. “So, when there is a crisis, you've already got that part done.”