"To go from very little freight to over a third of all freight in the state being moved out here is hugely significant," Beauchamp said. 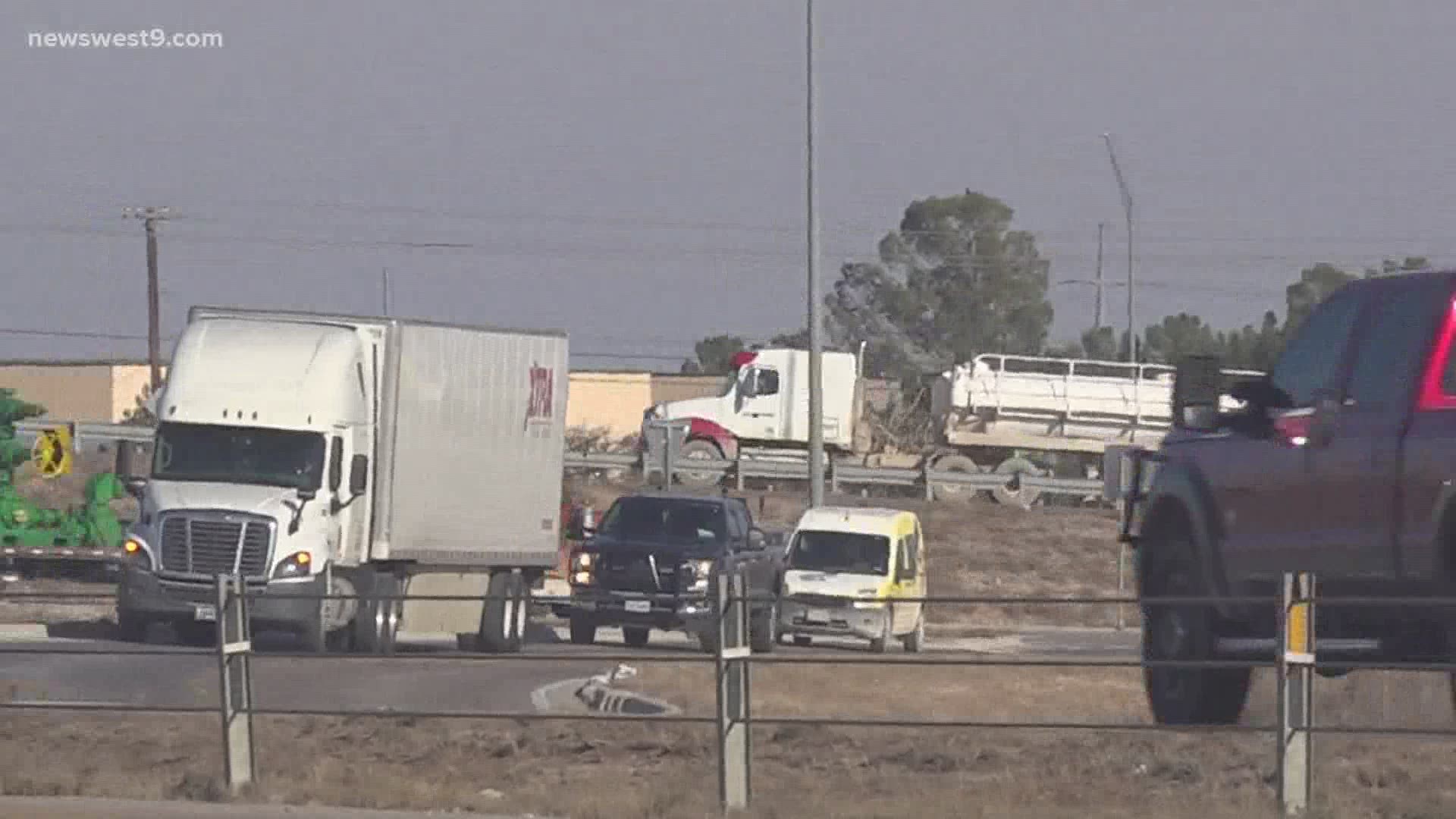 MIDLAND, Texas — Heavy truck traffic is a mainstay on West Texas roads. You can't miss them or the potholes and beat-up roads.

For years, our local law makers have worked to secure more funding to repair our roads and the money never came.

Why? Because the state didn't know about our region's freight traffic until the end of 2020.

The groundwork for a freight study began in 2014.

One of the men behind the study, MOTRAN president James Beauchamp said this study is the first of its kind and is finally giving West Texas roads the attention they need.

The industry that drives the West Texas economy is wreaking havoc on our infrastructure.

Until recently, the state freight plan showed little to no activity in the Permian Basin.

Why? Because the state was using national and international data over long periods of time, which means our current road needs weren't being accounted for.

"In our case, again, the energy sector, it's very short-term traffic. Talking about the produced water, most well to disposable well locations is within a 5-10 mile radius," Beauchamp said.

So our heavy truck traffic wasn't on their radar.

That's why the new data set is so striking, especially for West Texas.

"To go from very little freight to over a third of all freight in the state being moved out here is hugely significant," Beauchamp said.

The study found over 34% of all oversized and overwight loads travel on West Texas roads.

And in the central Permian, about 106,000 trucks move through daily.

That's a lot of traffic, which now means a different approach to new projects.

"We're having to redesign roads to higher standards because of all those truck trips, because of all that weight that's on the roads and previously when that wasn't recognized we weren't developing those projects in that way," Beauchamp said.

"If you look at the comptroller's biannual revenue estimate yesterday, what they're projecting is the greatest growth in state revenue is going to occur in number one, natural gas severance taxes, secondly, oil and gas severance taxes and then alcohol and beverage taxes," Beauchamp said.

"This gives us the chance that 30 years from now, maybe those folks won't be living with the same heartaches and headaches that we're living with today," Beauchamp said.

A majority of this freight is oil and gas related, but it also includes goods from Amazon, cars and appliances.